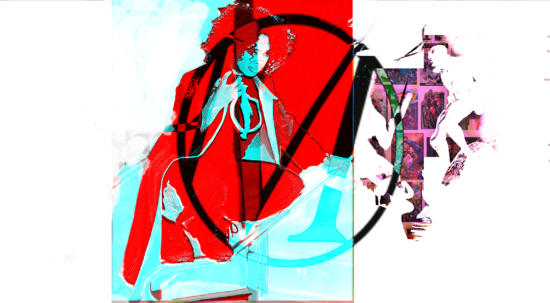 This article processes some hard truths many won’t like.

The first part of this narrative, Milestone Is Dead, got a lot of people talking.

Nothing and I mean nothing in that article was new. I’ve written about what and why I thought the holdup at Milestone was many times. The only thing that was new was the title.

Every move Milestone has made I’ve predicted beforehand, and done so in writing.

But as always put a new spin on an old point, and people see something bright and shiny and want to play with it.

Paying attention to see whether or not I’m going to throw more shade at my former partners. I didn’t throw any in the first place. I told the truth Milestone 2.0 formed almost seven years ago, and there are no books.

Milestone is dead for four reasons.

Three I wrote about.

Here’s reason number four and the biggest reason Milestone is dead and will remain dead:

Dwayne McDuffie left us much, but the magic that was Milestone Media is gone forever. Hope makes us think it can live again.

Years ago, when I heard my favorite toy from my youth Captain Action was to be recreated by Playing Mantis Toys, waves of nostalgia hit me. The day couldn’t come fast enough for me to own one.

When that day came, driving to Toys R Us, my reminiscence of playing with Captain Action when I was six years old transported me there in my mind. When I arrived home, I made a place to display my new Caption Action next to the original.

My original surrounded by a Lucite box the regeneration taken out of its box posed to stand on its own. Gone was my six-year-old self, taken away by the realization you can’t go home again. I was a middle-aged man. Captain Action was a toy, an action figure, and to those who don’t share my nerd ways, a doll.

Like George Webber in the Chet Baker novel, I found out the hard way; you can’t replace the memory with reality. That moment in time did what moments in time do.

I doubt if those who were there during the heyday of Milestone Media will ever stop wanting those days to return magically. Alas like respect for Vanilla Ice those days are gone forever.

There’s a chance new readers could experience that magic. Everything old is new again and if not seen before it’s brand new.

Enter Milestone 2.0— but well before 2015 when the was announcement was made.

Milestone Media was poised to return in 2000. Bob Johnson, the former owner and CEO Black Entertainment Television, was ready to do it. I put the deal together, but when it became apparent one partner was not wanted I didn’t do the deal I said then; “If not all of us, none of us.”

M2.0 was poised to debut at San Diego Comic-Con International in 2013. SDCC was to honor Milestone’s for our 20th Anniversary. Derek Dingle was not invited nor remembered. I told Comic Con we would pass if Derek wasn’t involved. “If not all of us, none of us.”

Those two examples should tell people who I am.

There are those who believe me a troubled man ripe with problems, using only my perceived brashness as evidence. Perception isn’t evidence— it’s opinion.

A Misguided perception can quickly become a reality. Spreading opinion as fact rarely helps and aimed at a person long enough can do some serious damage.

No doubt some people reading this are still under the impression that Dwayne McDuffie created Milestone. He didn’t nor was he Milestone’s first Editor and Chief. Denys Cowan created Milestone, and I was there at that very moment he came up with the idea and co-signed.

Make no mistake: Dwayne was the heart and soul of our company. Nobody was more Milestone than Dwayne.

That’s a well-documented fact, but why bring it up now?

Because the perception that I had little to do with Milestone by some taints others into believing that. I’ve said this many time I don’t let people define my brand or me with lies.

Milestone’s history, my history is important to this narrative.

I’ve stated Milestone of old is dead. What about Milestone NOW?

Milestone will be embraced by the fans.

Many retailers see those characters as ‘Black’ only. They aren’t, but DC will make no attempts to counter that. I don’t blame DC— it’s too risky a play, especially when they don’t own the Milestone characters.

If I’m correct, Milestone will try and get DC to handle the heavy lifting. That’s schedule, dealing with Diamond, editorial checks, and balances or put another way Milestone’s infrastructure.

I have no way of knowing but if faced with that DC may just balk. I would. Why on earth would DC devote the workforce to handle the shitty little details for characters they don’t own?

OK—let’s say they assign a team to handle Milestone’s infrastructure. No way in hell will that team works only on Milestone stuff.

Every move in any corporation has a cost to it. The cost of a DC team doing nothing but Milestone work is a non-starter. That team must come from Milestone; if such a group existed now there would be books. There are no books. If it’s a DC team, they will have to have Milestone added to their existing workload.

Here’s some of that truth some won’t like: Milestone’s infrastructure went away when I did. I’ve produced three major universes since Milestone.

The other partners combined?

Motown Machineworks: Used as ‘illustrated concepts’ Machineworks books were mini-series canceled when sold into another medium. Law: Man, Against Time, was sold to FOX. Casual Heroes optioned by the Cartoon Network. Alas, all these deals died when Motown’s parent company at the time Polygram decided Motown should return to the core business. That’s OK those concepts reverted to me and in the case of Causal Heroes, Kevin McCarthy and me.

The Action Files: Created and developed by Simon & Schuster (S&S) as a high-interest low-level reading program the Action Files (AF) has since moved to Pearson Learning and is the only curriculum based comic book program taught in the schools.

The Guardian Line: Created as a vehicle to reach young African Americans within the church and home. They did not preach or talk down to the reader.

They did contain good vs. evil value lessons as does the clear majority of all superhero comics.

Fun Fact: The books were killed in the direct market. Retailers saw them as preachy and corny. As I said they were not, but once again perception dictated the mindset, so retailors played it safe. The publisher is Urban Ministries Inc.(UMI) a Black Christian publisher and despite how the books looked (like DC and Marvel) and read (Like Image and Dark Horse) retailors stayed away.

My pitch for the Guardian Line was: imagine the film Devil’s Advocate but with superheroes.

Why is ‘killed in the direct market’ a fun fact? UMI is the biggest Black media company in America. They control because they own their distribution channels. They don’t need the direct market to sell over a million copies of the line. That, according to CEO Jeffery Wright, is a “low guesstimate”— he was in transit so he couldn’t give me exact figures. No outside advertising or marketing; all sales were generated via UMI’s database.

No idea what the numbers are on the Action Files. They must be massive because there is now a non-teacher guide version available on Amazon. The Action Files books have been in the schools for over twenty years. The Guardian Line celebrated its 10th last year.

Fun Fact: I hate the way those books look and read. They were ridiculously over art directed by people on the publisher’s side with NO CLUE how to do comics. I could not stand to see my creation butchered so I parted ways with Simon & Schuster on that project only to return on another sometime later.

When Pearson (the world’s biggest educational publisher) brought the S&S education imprints, I opened talks with them to revamp the series then I got sick and had to abandon all my creative endeavors for a while. I’m better now not perfect, but the revamp is going to happen.

MILESTONE IS DEAD. That’s the Milestone of our memory.

LONG LIVE MILESTONE. The promise of what a new Milestone Media can mean to our future.

Here are my bottom line recap and summary.

The old Milestone is dead the new Milestone has a chance to build on its legacy. That will not happen by repeating the errors of the past and not acknowledging the power of the retailors and the love of our fans. Retailers do much more than order books. They engage the fans Milestone must engage them.

Years with no news isn’t the way to engage anyone and to expect perceptions to change without reaching out to both fans and retailors frequently is just plain arrogance and stupid. Those guys are far from stupid so whatever the reason for their silence I hope they fix it and fast.

In my opinion, Milestone needs the following:

Just so happens I know a guy with distribution beyond Diamond directly into areas DC can’t reach such as the Black church household and school system. This guy also has the following:

Access to some of the biggest talent in the business via Bad Boy Studios.

There you go, haters, I just gave you a gift, written proof that it’s all about ME because the above list is all me.

These two-part series are written with love— there is no malice in my heart, not anymore. I love what Milestone was and what it could be. This is an offer to help because I don’t want Milestone to fail.

All the partners must do is look at my actions as well as what’s written and more importantly what I haven’t written over the last few years.

All this may be moot. Milestone’s play may just be film and television, in that case, all they need is Reggie Hudlin and his impressive resume. There’s a genuine chance none of what I wrote is anywhere near accurate.

Here’s what’s not in dispute; the point of Milestone was to bring in readers who were not being represented. I’ve not only done that but done so in markets any sane publisher would embrace.

The following is for the partners:

If there’s issue with my loudness that’s an issue you’re going to have to own. No disrespect but I’ve been vetted by giants in both the African American and Latino media space a lot bigger than Milestone, the company I helped found.

Low overhead and high revenue are the voice they listen to most days. They also hear the voices of loyalty integrity and purpose.

In other words: yes, I’m loud, but I’m brilliant according to more than a few CEO’s.

Milestone is still the greatest African American comic book company that ever was. You don’t need me to make it more awesome, but you certainly need a guy like me.

Good luck with that.

Denys, you more than anyone know why this is perhaps the hardest thing I’ve ever written. The haters will concentrate on this line: Milestone will fail.

Milestone is you, my friend, and you will not let it.

I write an opinion column, that’s all this is.

No one can do what you can and no one ever will.

Just remember: at 4 am in the morning if you miss the Q111 at Jamaica Avenue, look for the car with the brick in the window.