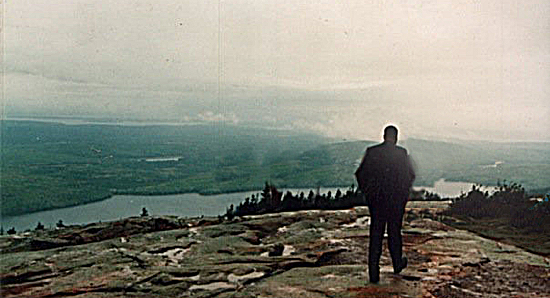 I was always trying to impress at Milestone. I tried to impress a lot of people in those offices back then, but Dwayne was the one hardest to impress, who gave the fullest most reassuring responses when he was impressed.

As noted by his wife Charlotte, if you could get him to laugh or be impressed it was like you’d single handily flown to the moon under your own power.

He was also up for that sort of mental/creative back and forth. He was game. Not everyone could do that. Very often he’d allow anyone to pitch a thought just to help you walk through the logic or lack of logic likely to result in acting out your thought.

Sometimes these were squarely related to comic books. Something I painted in Icon, for example. Or the story idea one of the production crew brought to him. Sometimes he’d entertain social philosophy, and very often he’d allow the most outlandish suggestions of physics; quantum and basic. To that point, it makes me smile to remember the time I was certain that based on simple physics (and probably way too much Captain America comics and kung-fu movies) I thought that I could run, football running back style, and knock Dwayne out of my way.

Dwayne stood at 6’6” and weighed around 260 lbs. At that time I weighed 141 soaking weight and was more than a foot shorter than him.

The conversation on the topic of who could stop who went back and forth. I played high school football and felt that give me some authority on the topic. Dwayne did too, and I didn’t care. Ah, youth.

Eventually the talking about tackling had run its course. Dwayne offered to let me prove myself wrong.

We stood in the offices of Milestone Media, in the bullpen, having this debate. Around us were desks, a couch, and many drafting tables were the production crew applied word balloons, designed cover layouts, interns tried to look like they weren’t uncertain about something, and editors either sought a clear head or coffee, or both.

And before you could say “hike,” Dwayne and I were in that bullpen, both getting down into three-point football stances, squaring-off at about two or three feet of distance from one another.

The fact that this happened isn’t so remarkable for a comic book company. Stranger things by far happened at Milestone and elsewhere. What still fills me with joy, besides the fact that Dwayne made sure not to break my clavicle or do anything else easy for him like drive my head into my chest cavity until it burst out somewhere else, is that he was game.

He was wearing one of those suits – I think it was one of his tan ones – with a tie, and those tinted prescription glasses! In a suit, with loafers, and he was in a three-point stance on a heavily lacquered office floor squared off at someone who by comparison would fairly be described as a mental and physical midget. It was fantastic.

I didn’t know him until I was 20 and I got to be on his staff and then his friend for almost that long. He still inspires me to be game for anyone willing to be bold and enthusiastic despite how foolish the thought may seem… or be.

I’m so grateful. I’m happy for your birthday everyday Dwayne. Thank you.