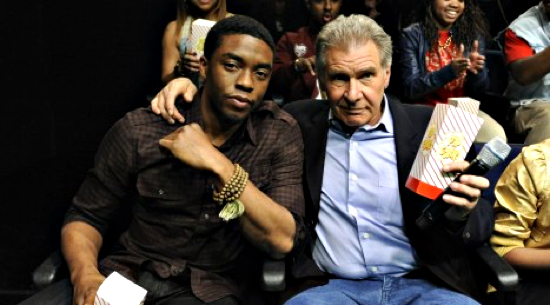 I prefer watching movies on the big screen first, as big a screen as I can get. That said, I don’t always get to see them first in the movie theater. Any number of films that have become my faves I saw first on the small screen. Sometimes there’s a good reason for this; sometimes there’s no particular reason. 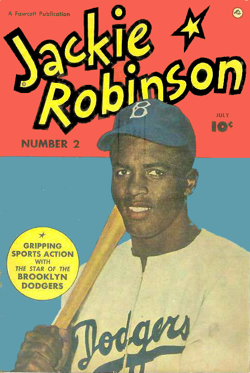 It starred Chadwick Boseman as Jackie Robinson who was the black baseball player who first integrated Major League Baseball with the Brooklyn Dodgers in 1947. (You may know Boseman better as the Black Panther in MCU films.) It also stars Harrison Ford as Branch Rickey, the owner of the Brooklyn Dodgers who hired Robinson. (Ford you know from… well, you know Harrison Ford.) It was written and directed by Brian Helgeland, who also wrote and directed A Knight’s Tale.

As with all biopics, the question can be fairly asked – how true is it? How close to the actual facts? From what I can tell from my research, it’s pretty close. It condenses some events and combines several people into one at times, but my understanding is that it does a fair job with history as it was lived.

That’s all I ask of a biopic. Historical fiction of any stripe is not the same as history. I know from experience; I wrote my historical Western comic, The Kents (DC) and I tried to get the facts right as often as I could but I was, first and foremost, telling a story and narrative demands always took precedence.

The best example of this that I know is Shakespeare’s Richard III. The play depicts him as a humpbacked villain and many people accept this version and that he killed the poor Little Princes in the Tower of London. Not true. Richard was deposed and killed by Henry Tudor who then became Henry VII and who had much better reasons for wanting those princes dead. His son became Henry VIII and his grand-daughter became Queen Elizabeth I, who was Queen in Shakespeare’s time. Not politic to suggest her grandfather was a monster.

So Shakespeare’s play in not valid as history but what he was doing was painting a portrait of evil. Since Elizabeth had no heir, he was also showing what sort of person you did not want on the throne or in any seat of power. (koff! Trump! koff!) That is what’s important and part of the reason Richard III remains so powerful. And 42 is far more accurate than Richard III. 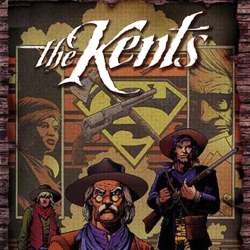 Late in the movie, Branch Rickey tells Robinson about a little white boy he saw playing baseball in a sandlot. “And do you know what he was doing?” Rickey asks his first baseman. “He was pretending he was you.” That was the importance of the film as well; if we have any humanity, we identify with Jackie Robinson.

Movies and television in the past few decades has done this time and again; asked us to identify with people who are different races than we are, different genders, different sexual orientations, different background, different economic and sociological make-ups. Comics do it as well. The characters may not look like us but they feel like us because, underneath, they are us and we are them. The exterior differences are not what matter; it’s the heart and soul that matters and there we are one. That’s the basic truth of story, of art – we are one.

That’s not to say the exterior details don’t matter; 42 makes that plain. But the movie also makes us see how petty those details are.

Every time I come across the movie on one of the stations, I tell myself I’m only going to watch a few scenes and then, before I know it, I’ve watched it through to the end. Again. It just pulls me in.