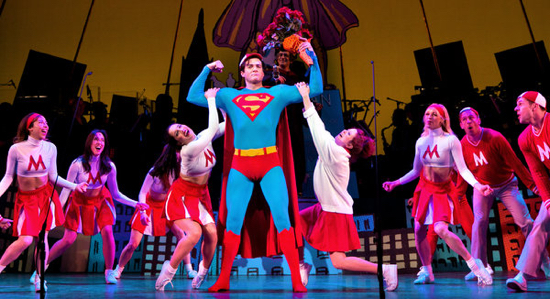 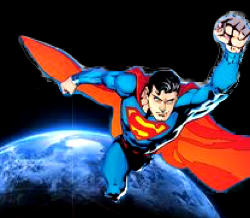 Hey girl we’ve got to get out of this place, there’s got to be something better than this

I need you, but I hate to see you this way. If I were Superman then we’d fly away.

I’d really like to change the world and save it from the mess it’s in,

Several years ago, I read a poll that asked if we could have any one superpower, which one would we have? Unsurprisingly, the ability to fly won hands down.

Never mind the “fact” that super-speed would be the most powerful super-power. Think about it. If we could travel as fast as The Flash, we could prevent a lot of bad stuff from happening, put out fires, save kittens from trees, and pretty much cover the entire second reel of Superman – The Movie. But, no, we want to fly! 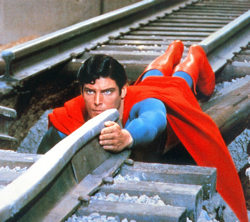 In certain circles, such as ComicMix staff meetings, it is well-known that I do not like to fly in airplanes out of airports. It’s not that I don’t like to fly per se – I’ve jumped out of airplanes for sport until my daughter and my chiropractor and my surgeon told me to stop. I just don’t like being treated like shit, and I’ve already had my share of physical encounters with the Chicago police, thank you (there are better ways to fly united than on United). But the fantasy of flying sans aircraft remains compelling.

I don’t know if flying is the most popular ability given to superheroes. It appears it is, particularly if your character is only able to leap tall buildings in a single bound – like the Hulk does. Or have a strange hammer that, if you hold onto it really, really tight, will allow you to fly without wrenching your god-like arm out of your god-like shoulder socket.

It’s always silly to compare superhero comics to “real” life, even if there truly was such a thing. Besides, superheroes are escapist fantasy, so no matter how often Spider-Man punches out Doctor Octopus while enduring a very bad cold, let’s not confuse the two… except, of course, for the purposes of the remainder of this column. 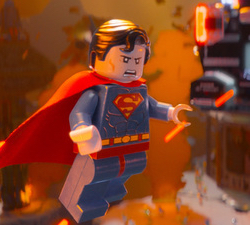 Flying would be a hazard to air traffic. If everybody could fly – and this also applies to those flying cars Julius Schwartz promised us 60 years ago – rush hour would be indistinguishable from a total eclipse of the sun. I don’t think we’d be able to breathe while flying. I know this wouldn’t bother Clark Kent, but the rest of us weren’t born on a doomed planet only to come to Earth with powers and abilities far beyond those of mortal men… well, Clark… and Kara and Krypto and Beppo the Super-Monkey and the infinite number of Phantom Zone denizens, extant and yet to come.

I have a hard time with the floating-in-the-air thing. Sure, it’s cool and it allows for remarkably dramatic poses in all relevant media, but if it’s part of the ability to fly, I don’t understand how that can be so. Well, except for the “because the writer says so” axiom, which always trumps logic in both storytelling and in mathematics. Our pal, fellow ComicMix columnist and genuine comics legend Denny O’Neil, in his guise as a comics editor, used to advise writers “it might be phony science, but it’s our phony science.”

And what happens if said flying superhero (or dog, or monkey, or villain) gets the poo beaten out of him (or her, or it) while airborne? This happens all the time, at least in comics. Said flying being instantly becomes a meteor ready to create a crater the size of Nebraska or open a fault line or a tsunami that likely will be a hazard to nuclear power plants and fish.

And that’s why we all want to fly.