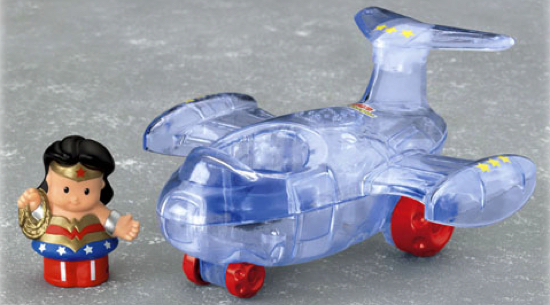 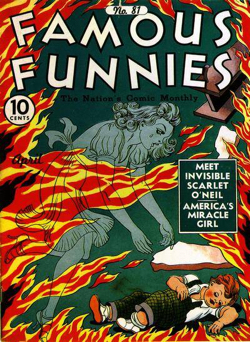 I was in what must have been a vast desert. I pivoted in the sand and looked in every direction. Nothing but sand – sand and overhead a brutal, merciless sun. Was I lost or stranded? And how did I get here?

“Hi, handsome,” a throaty female voice said from behind my left shoulder, I turned and stared and… sand. An endless vista of shimmering yellow sand.

“You gonna stand there and stare all day?” the voice said, and now I recognized it.

“Granny told me that sometimes you turned invisible”

“You’ve come to rescue me?”

“Not really. But as long as I’m in the neighborhood… hop in.”

And here we take our leave of the story above, which shouldn’t disappoint you too much, since it doesn’t have an ending anyway. “Silly” is probably its last word, one you’ll have to admit is appropriate, unless someone decides to continue it. Ask me if I care.

Now ask me why I’m expending bandwidth on a comic strip character who first appeared in the nation’s newspapers in 1940 and ended her run in 1956. Is a last name that’s identical to mine enough? That’s for you guys to argue. We’ll offer a kinda-sorta answer soon. Meanwhile, let’s take a brief look at…invisibility. (Yeah, I did that deliberately. Sue me.)

Invisibility has been a trope in both mythology and fiction for a long time – at least since the Greeks. You doubt? Then Google the Grecian helm (or cap) of invisibility and the brothers Grimm’s tale “The Twelve Dancing Princesses.” In the market for something a bit fresher? Well, there’s H.G. Wells’s The Invisible Man and The Hollow Man, a movie starring Kevin Bacon. Then, in no particular order… a television series, comics’s Sue Storm, The Invisible Girl (later Woman) and… golly, what am I forgetting? Oh, sure. Harry Potter! You may recall that in one of the novels/movies, the boy wizard dons a cloak of invisibility and…I dunno – skulks?

But for now, we come to the gent who is arguably the best known (and maybe just the best) invisibiler, The Shadow, of course. He began fighting crime on the radio in the mid-30’s and ended his broadcast career in 1954. While he was active he appeared in virtually every mass medium: radio, film, novels, newspaper strips. On the novels, films and comics, he wasn’t exactly invisible. He used a technique similar to that of Batman and your friendly neighborhood ninja, using dark clothing to blend into the – yes! – shadows.

In the early comic books and on the radio he was really, truly invisible.

He was an approximate contemporary of Scarlet O’Neil’s and if you’ve sampled any of the Shadow reprints, hey, maybe you’ d like to sample some of The Shadow’s comrade in invisibility.