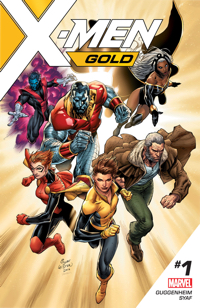 Last week I read X-Men Gold #1 and, controversy aside which I won’t be getting into as you have gone above and beyond to address the issue properly and professionally, it really invoked a lot of strong feelings in me. Because of that, I’d like to talk about the X-Men and what they mean to me.

I first discovered X-Men on television when I was in elementary school. I remember watching the first episode and immediately being sucked in. To this day, the Sentinels are still menacing to me and I’ll always have a fondness for Jubilee, Rogue and Storm. I remember the time between Saturday morning after the episode finished to the next Saturday felt like an eternity. I was a shy kid who knew he was queer, but I didn’t understand it. I didn’t have a lot of friends, didn’t enjoy sports and couldn’t really connect to other kids on a lot of things, but one thing I could talk to the other kids at lunch in the cafeteria was about cartoons like X-Men. That meant a lot to me.

I was lucky to have parents that did well enough to get a lot of those action figures. It was very confusing to me, and I’m sure my parents as well, how they had action figures based on the cartoon as well as ones based on the comics. Why did my Storm action figure have a black costume when it was white on the show? I remember some of the times very clearly of being at Toys R Us in Levittown, NY with my parents specifically wanting X-Men action figures. It’s a DSW Shoes now. I really pushing hard for the yellow and blue costume Wolverine and how exciting that was for me to get it. Or how it took my mom more than one attempt to get a Phoenix action figure for me. 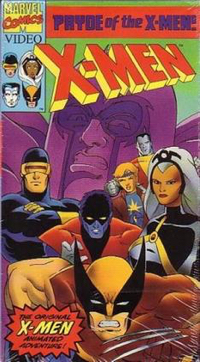 My parents also got me the VHS of the pilot that never took off, Pryde of the X-Men. I watched it over and over again. I once used all my quarters allotted to me to beat the X-Men video game based on that unsold pilot at the arcade in Bayville, NY. I’d got to beat it again in Walt Disney World a decade before Disney bought Marvel;the only character that worked was Dazzler. I’ve been obsessed with Dazzler ever since. I also had played that Sega Genesis X-Men game where it almost all takes place in the Danger Room – it was definitely harder than it needed to be. I was even in an AOL chatroom X-Men role playing game for a bit. I played Cyclops.

The first X-Men movie came out while I was in high school and watched some of the resulting X-Men Evolution cartoon. I saw that first X-Men movie opening weekend, and have seen each X-Men movie opening weekend ever since. College brought about a lot of nostalgia for the 90s animated series. Covered in scorpions was a running gag. A guy I met while in college, Jake, was the first openly gay X-Men fan I befriended. It was when Astonishing X-Men by Joss Whedon and John Cassiday was coming out. I’d pick him up and we’d go to Fourth World Comics, our local comic shop. We’d go back, read it in silence, then discuss. We also went together to pick up X-Men Legends 2 the day it came out and played it as late as we could into the night.

Since then I’ve befriended people in comics, other LGBT fans of the X-Men, and have had all sorts of long philosophical and meaningful conversations about these comics. I’ve waited on long lines to get signatures at cons from people like Chris Claremont, Louise and Walter Simonson, Mike and Laura Allred, Peter David, John Cassiday, and Frank Quitely because of the work they did in the world of X-Men and have gotten original comic pages, con sketches and commissions of the X-Men. 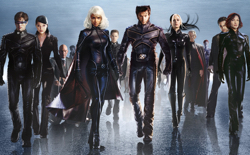 I’m telling you all of this not to brag or claim that I’m a bigger fan than anyone else because it’s honestly no astonishing feat. I’m saying this to let you know how much the X-Men has meant to me over the years, how it’s impacted my life for the better, made me more social, and is one of the biggest reasons I’m writing about comics at all. I’m also telling you this because I read X-Men Gold #1 and it left me so frustrated I that I had to write this.

I think it’s fair to say that as an X-Men comics reader I’m within your target demographic and would take that one step further and say I’m likely be perceived as low hanging fruit. I have to be completely honest and say that there is something wrong here with this book. It’s not the writing, and controversy aside it’s not the artwork. It’s not even the editing. Marvel put together an impressive team to work on this book, and it shows. The problem I’m talking about runs deeper and doesn’t necessarily have an easy fix. 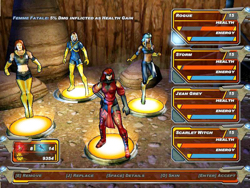 The weight of the X-Men falls heavy on this book. Because of the decades and decades of continuity, this debut issue spends so much time trying to explain what happened before this started that it’s basically all we get. We get reference after reference, explanation after explanation, and we are left with little story. And despite all of the references and explanations we still get six full pages at the end of the comic to further explain everything leading up to this issue. If you need six pages at the end of your comic to explain your comic then we have a problem. A big problem.

Writer Marc Guggenheim talks in his letter at the end of the issue about how this is going to be more of a throwback to an older time in X-Men history when it was fresh and new. This is also a problem. Nostalgia has been driving these books for a long time and it has to stop. It needs to stop or you’re condemning the X brand to never grow its audience. 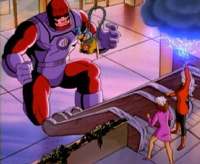 I’m 31 years old and the X-Men has been a part of my life for well over two decades. I for one am absolutely sick to death of nostalgia, and I’m not the only one. I fell in love with X-Men when I saw the animated episode Night of the Sentinels Part 1 because it was inviting, explained enough of what was happening so I could follow it, and told an engaging story. Had that cartoon been a bunch of characters making references to things they did 30 years previous and took so long to set everything up that the first episode ended a few seconds after something started to move the plot forward, I might not be the X-Men fan I am now. Nostalgia has its place, but it is not why we fall in love with stories and it is certainly not what will grow an audience.

I certainly do not mean to diminish the works of everyone at the company. Marc Guggenheim is a wonderful writer whom I’m embarrassingly not as familiar with as I should be and will be rectifying that in the coming weeks. Daniel Ketchum is a great editor who took the time to chat with me after a panel at NYCC a couple of years back encouraging me to keep giving the Iceman storyline a chance and it’s really paying off now as I’m most excited for Sina Grace’s Iceman #1. Jay Leisten is an incredible inker whose work I first got into with Peter David’s run on X-Factor that is one of my favorite chapters in mutant history. Cory Petit is great letterer and a friend. Axel Alonso with Peter Milligan and Mike Allred put together what is easily to me one of the best things that ever happened to the X franchise with their run on X-Force/X-Statix. 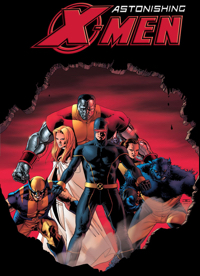 These are amazing people doing spectacular things, and I honestly believe they are doing the best they can with what they have to work with.

I felt a certain magic when I first picked up X-Force/X-Statix, Grant Morrison‘s New X-Men, Joss Whedon’s Astonishing X-Men, Peter David’s X-Factor, and Rick Remender’s Uncanny X-Force. I want to feel that magic again in an X book, not because they’re going back to what works, but because they’re trying something new and daring and they aren’t getting caught in the current of continuity and dragged under. I didn’t feel that magic in X-Men Gold #1.

That’s not to say it won’t ever come. I’m picking up issue 2. I’m going to be picking up the rest of the X books coming out in this new wave and I’ll see what sticks. However, the flagship title of a franchise relaunch should be blowing a reader away, and that wasn’t the case here; at least for me. Maybe I’m wrong and I’m the odd man out in this situation. Maybe my love of the franchise has set the bar unreasonably high and that’s not fair of me.

I just want the X-Men to continue to succeed well into the future. I want the queer kids in school like me who maybe didn’t understand they are queer and what it is to have a team of heroes to look up to, because they need a team of them. They need to see a world where there are a lot of people like themselves and they can work together and be special no matter how the rest of the world perceives them. They need to see a world where these characters who sometimes have vastly different philosophies and strategies on how to keep themselves safe can come together to protect each other because taking care of each other is most important thing. They need Northstar, Iceman, Rictor, Shatterstar, Mystique, Destiny, Karma, and more.

I know this was long, yet I have so much more I could say. Please don’t let the X-Men crush themselves under their own weight. I’m still going to be a fan, and I’ll keep giving these books a shot over and over again, but I’d love to have some of that magic back.