Win a Copy of Split on Blu-ray 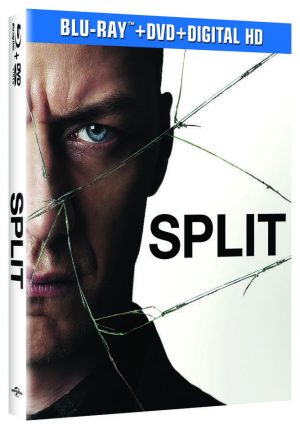 James McAvoy showed news aspects of his talent in M. Night Shyamalan’s return to scary filmmaking with Split. The film, which took the box office crown in January, is coming to Blu-ray on April 18 and we have a copy to give away to a lucky reader. Courtesy of Universal Home Entertainment, we’ll give you an opportunity to experience the frightening thriller which delves into the mysterious depths of one man’s fractured mind as a terror unlike the world has seen prepares to be unleashed. Split offers viewers a closer look at the movie fans are raving about with a never-before-seen alternate ending, deleted scenes, character spotlight, and a behind-the-scenes look at the making of the film.

All you need to do is tell us which your favorite Shyamalan film and why.

We need your entries submitted before 11:59 p.m., Monday, April 17. The contest is open to readers only in the United States and Canada. The decision of ComicMix‘s judge will be final. The winner will receive a copy directly from Universal Home Entertainment.