Joe Corallo: Rebirth of an I-CON 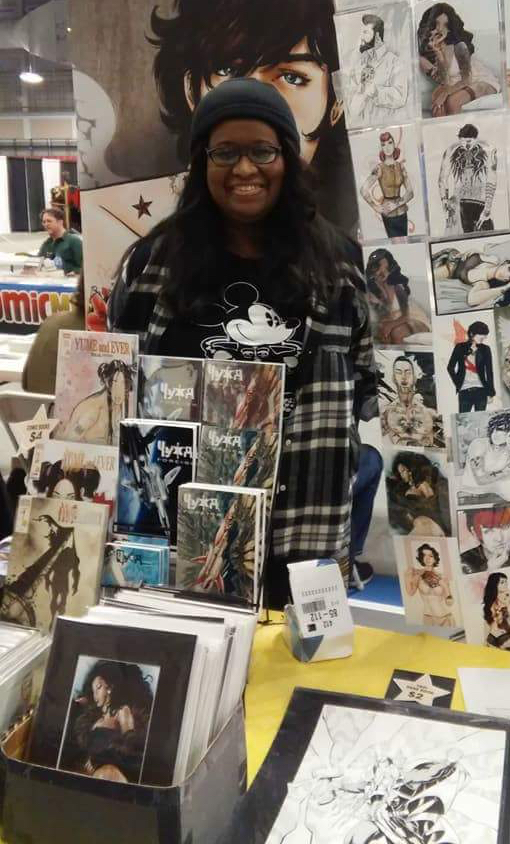 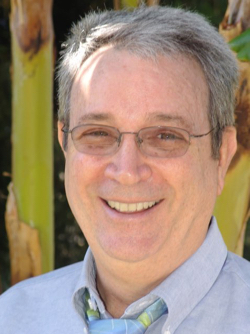 This past weekend I found myself at a convention once again with Molly Jackson, but now joined by ComicMix’s own Glenn Hauman. It was an island getaway. Sure, it was Long Island, but it was still technically a getaway so I’m sticking to it.

The convention in question was I-CON, and no, it is not a convention dedicated to the superhero Icon of Milestone Media fame, but he should really be used more over at DC and his original run written by Dwayne McDuffie and penciled by M. D. Bright should be collected in its entirely as it has never been before.

I-CON is a long running non-profit science fiction, fact, and fantasy convention. This show was billed as I-CON 32, but the convention was on hiatus after I-CON 31 in 2012. This new iteration debuted at a new location, Suffolk Community College.

Having grown up on Long Island, I had attended a number of I-CON conventions over the years. In fact, I volunteered at I-CON 31; I worked the indie film track. It was tough and took a lot of time and effort and even more meetings, so I understand how hard it is to put a show like this together. Five years is a long hiatus, and while many of the original volunteers were back, they no longer had Stony Brook University as a potential venue and really had to start fresh in a lot of ways.

Anyway, let me get back on track. The con was this past Friday through Sunday. ComicMix had a table that Glenn arrived early to set up, and we’d alternate watching over while taking time to walk the floor and speak on panels. I even got to moderate one.

I’m getting ahead of myself here so let me back up a bit. This past Friday Molly and I arrived in the evening to be on a panel about socio-political commentary in comics. Also on the panel were Adam McGovern, Beth Rimmels, Alitha E. Martinez and Christopher Helton with I-CON’s Patrick Kennedy moderating. It was a nice discussion about politics and the industry. One of the questions was about the comics we think had some of the best socio-political commentary. My answer was The Question written by ComicMix’s Denny O’Neil, drawn by Denys Cowan, and edited by ComicMix’s fearless leader Mike Gold, and Transmetropolitan by Warren Ellis and Darick Robertson which was inked by Rodney Ramos who was also a guest at I-CON. 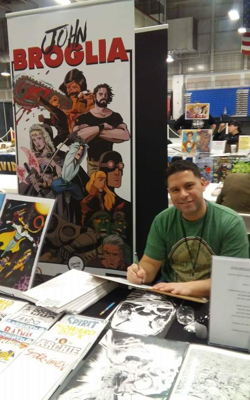 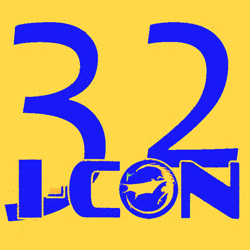 Saturday we were there pretty early and stayed for most of the show and really starting feeling the con experience. We were tabling next to David Gerrold, the well-renowned science fiction writer who created the Tribbles over at Star Trek, and it was a great experience. There was a whole table of Tribbles for sale that shake and coo when you touch them. While they’re fun, a whole table of shaking cooing Tribbles can get a bit intimidating.

Molly and I were on a panel about if indie comics can save the comics industry. The short answer is the industry might not need saving right now, but… probably… yes? Unless by indie they meant Indian Jones comics, in which the answer is a very firm yes. We were then joined by Glenn to talk about comics journalism later in the day. I’d tell you about it, but you’re already reading some arguable comics journalism.

Sunday I got to moderate the panel on Gender and Sexuality in Sci-Fi, Fantasy and Comics with David Gerrold, Molly Jackson, Alitha E. Martinez, and Beth Rimmels. I spent a long time pondering on what to ask the panel despite the fact that it’s the topic I write about here roughly every other week. David Gerrold told me he liked the questions so that’s good enough for me.We touched on women written as men, trans representation, toxic masculinity… lots of tough stuff that could cause all sorts of Twitter drama.

Other highlights included talking a while with Pat Shand about comics, getting another sketch cover from John Broglia, and meeting and talking movies with Christopher Golden.

While I-CON 32 seemed less attended than the previous ones I’ve been to and I do miss it being at Stony Brook, this was a valiant effort to give a convention a rebirth after five years and was definitely the con at which I’ve been best fed. They have a few kinks to work out, but it was good to be back at I-CON and I’m excited for what the future will bring to this Long Island tradition.