David Gerrold: What Were You Doing, Nerd Year’s Eve? 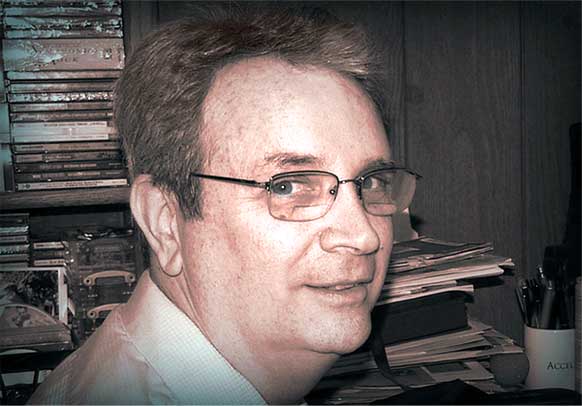 David Gerrold, the writer best known for his script for the Star Trek episode “The Trouble With Tribbles”, for creating the Sleestak race on the TV series Land of the Lost, and for his novelette “The Martian Child”, which won both Hugo and Nebula awards and was adapted into a 2007 film, contributes a guest column about the trainwreck that was Marvelous Nerd Year’s Eve. For more, read the coverage at The Beat.

I was an invited guest at the “Marvelous Nerd Year’s Eve” Comic-Con held in Dallas over New Year’s weekend.

Apparently, it was a disaster of biblical proportions. Not just dogs and cats living together, but suing each other for palimony and custody of the kittens.

The convention organizers over-promised, under-budgeted, over-extended, under-performed, and committed what I consider acts of “criminal incompetence.”

Why do I use the adjective “criminal?”

Many of the guests — not necessarily the A-listers — depend on the sales of autographs and photographs as part of their income between gigs. They are not all millionaires. Many actors and celebrities, especially those from TV shows of yore, have some income from royalties and residuals, but often depend on convention appearances to give them a little bit of a cushion — or even cover the mortgage.

So when a convention signs a contract, makes a commitment — such as, “We guarantee that you will make $5000 in autograph and photo sales, or we will make up the difference” and then fails to provide enough attendees to make those sales and then fails to cover the guarantee as well — that’s criminal incompetence.

Even worse, the company formed to put on the convention is dissolving itself, so there will be no one to sue.

Most of the other guests had their air fare covered and meals covered by a per diem. So at least their basic travel expenses were covered.

Based on their promises, I had expected $2500 and travel expenses as the bare minimum, and I budgeted for that.

Did I sell enough books and tribbles and scripts to make it worthwhile? No.

Because first, they didn’t have a dealer’s table for me, and the woman who was supposed to arrange it was more interested in talking about how busy she was than in actually making arrangements for the table. Not a bad person, but not really focused on the job.

When I finally did get a sales table, it wasn’t in the dealer’s room, it was in a second room that was carefully hidden from most of the convention membership. I did not sell enough to cover my expenses.

I am particularly angry at the CFO of the convention who lied to my face, three times — that he had a check for me for my travel expenses (I’d already turned in my receipts) — when he already knew damn well that the convention was so far in the hole that the hotel was about to lock all of the guests out of their rooms because the convention couldn’t cover the lodging bills.

Any other convention, I would have made enough to justify the effort. Instead, I have a hole in my budget that is going to create a problem for the next month or two. I had planned to spend the money on paying for the kids’ wedding pictures. Now I have to generate that cash somewhere else. (January book sale starts momentarily.)

So yes, “criminal incompetence.” People were hurt. Not just me — but every celebrity guest (over 40 of them) and every vendor (at least as many) who invested his or her weekend on the promises of this criminally incompetent group of people.

I’ve had nearly a half century of convention experience. Most of the cons I’ve attended, whether professional or fan run, have been managed well enough that fans and guests were taken care of. I have never been caught up in a disaster as big as this one. (Which is why I didn’t recognize my personal alarm bells when they went off.)

I would hope that the individuals responsible for this particular train wreck have enough class and courage to issue a public apology — but more than that, I hope they get out of the convention business, because, based on the evidence, they are a danger to the well-being of everyone who trusts them.

The other bad news coming out of that cluster-fuck in Dallas is that after a celebrity gets burned by one convention, he or she is a lot less likely to say yes to the next few conventions who invite.

So both the celebrity and the fans are deprived. The fans lose the chance to meet the star, the celeb loses the possibility of income.

Therefore: Seven lessons that a certain con-committee should have learned ahead of time.

1) First, don’t call it a Comic-Con if it’s not about comics and comic artists. Call it Okla-Con or Dallas-Con or something that identifies it for the specific region.

2) Don’t over-promise. You only need one or two big name celebs. And maybe three B-listers. Then, as you get more pre-attending memberships, enough that you know you can afford more celebs, you can add more. Being able to announce that you’ve just added another special guest builds momentum.

But don’t start by promising 40 with the expectation that the fans will come flocking. They won’t. Because fans have a loyalty to existing conventions. They’re not going to come to a new convention, just because you promised it’ll be great. They’re skeptical and they’re already saving their pennies for the cons they attended last year.

3) If you don’t have enough money up front to pay your bills, cancel the con. Be honest with everyone. That’s a lot better than the disaster of bankruptcy and embarrassment.

4) Be honest with your guests. If you know you can’t afford them, tell them so before they get on the airplane. Have enough class to treat them like people, not commodities to be marketed.

5) And for those who drove — COVER THEIR FUCKING TRAVEL EXPENSES, send them a check ahead of time — or tell them not to come before they waste their time.

6) MOST IMPORTANT — get people on your committee who have been part of successful conventions and listen to what they have to tell you. They will be your best asset.

7) Train your volunteers to do something more than suck up oxygen. Most volunteers are happy to be on staff. Most are eager to help. Most are competent enough to get the job done. But don’t hand out those “volunteer” T-shirts to people who couldn’t pour piss out of a boot if the instructions were printed on the heel.

BONUS HINT — most of your celebs view cons as a specific kind of job. Sit, be pleasant, sign autographs, pose for photos — and be paid for each autograph and photo. Make sure they have opportunities.

SECOND BONUS HINT — If you bring in writers and artists, they are likely to be overlooked as the fans rush to meet the A-list actors. You need to find ways to bring them to the attention of the great majority of fans, so they don’t end up sitting alone at a table or speaking to an empty room with only three attendees. (Despite all the creebing about Creation Con, they are set up to make sure that writers and other behind-the-scenes people are speaking to a full house. And they pay their bills.)

THIRD BONUS HINT — Don’t lie to anyone. Tell the truth to your guests. Keep your promises. Especially the ones that are on your signed contracts. And if you can’t keep your promises, be honest about where you fucked up. Take responsibility like a grownup.

(If the Con Chair will send me a cashier’s check for my travel expenses, I will delete this post. Otherwise, you are all invited to google the various news reports about who else got stiffed in Dallas.)
Share