Joe Corallo: The End of an Era 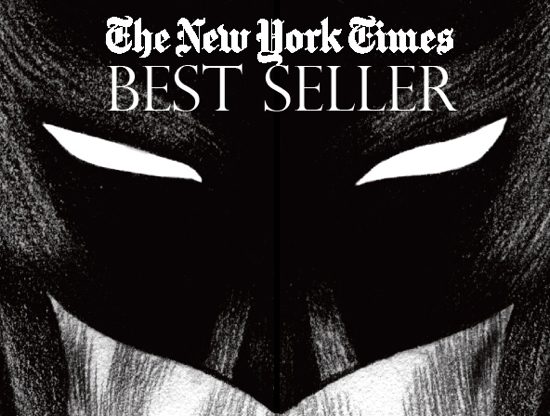 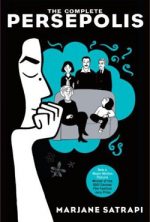 Last week it was revealed that at least a couple of eras were at an end: one, America’s new immigration policies diminishing our reputation here and around the globe, and the New York Times no longer including a list of best selling graphic novels. As much as I would love to discuss the former, this is a site about comics and pop culture, so I’ll focus on the latter.

After eight years of having best seller lists featured weekly at the New York Times, it was announced with little warning that this week would be the last featuring such a list. This information was confirmed with little to no logical reason by NYT editor Pamela Paul via Twitter. Graphic novels will be folded back into fiction, making it more difficult to make the list and preventing many graphic novels from ever being able to obtain status.

Many creators, including Neil Gaiman, questioned this decision and aired their frustrations with odd, confusing, and seemingly ill-informed responses from Pamela Paul. One thing she did promise, however, was expanded coverage in terms of reviews and discussion on comics and graphic novels.

Here’s where I tell you that’s a bad deal.

While, yes, I absolutely support expanded coverage of comics and graphic novels, that in no way should ever be an either/or situation. Also, ask a comic company what it can do marketing wise with more write ups. It may be positive, but doesn’t even come close to being able to slap the very coveted “New York Times Best Seller” label on your graphic novel. No press can replicate that. None.

Graphic novels have benefited greatly from being able to have their own lists. Combining them with other lists only hurts them. There’s very literally no positive to this. None. Even if they got nine slots on a combined list, that’s still less than the ten they had before.

One of the graphic novels that made the bestseller list in the past is Persepolis, the story of a young woman growing up in Iran and watching the country and the world change. Getting on the bestseller list helped the book. More people heard about it and looked into it. It’s exactly the kind of graphic novel we need to be reading today. If more stories like Persepolis came out after they remove the lists, large swaths of people may never hear of it and we’ll be denied important reading material being elevated where it needs to be to better serve society. A society that’s far too ignorant of the lives of those from the countries our President has banned, and from a country that has banned us right back.

Another graphic novel about a country we’ve banned that made the bestseller list in the past is The White Donkey. It’s the first graphic novel about the Iraq War created by an actual veteran detailing a lot of the tedium as well as the mental health issues brought on through war. It’s an important story and something people here should read to understand what our own citizens went through for a war that at one time had majority support. Again, this is a graphic novel that got legitimacy, praise and sales by making it on the bestseller list. Another story like it may not now.

Look, I understand that the New York Times is a privately owned company. They have absolutely no obligation to anyone to create bestsellers lists. However, these sort of moves have helped to keep the New York Times in high regard amongst many communities including the comics community. While I acknowledge that this is a private company’s decision, I’m also going to acknowledge that the decision is needlessly hurtful to a segment of publishing that’s been expanding by double digits and is now a billion dollar industry.

I hope it’s not too late to change course. I hope someone from the New York Times reads this. I hope Pamela Paul in particular reads this. And I hope that they all consider the inherently negative consequences of their actions to large and growing community.