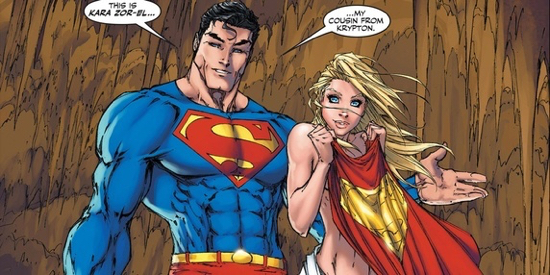 As of last Monday night, Warner Bros grew a Superman problem. That’s the night that Supergirl started its second season on its new home, the CW… where one could argue that it always belonged anyway. The show guest starred Supergirl’s cousin, Superman, embodied on TV by Tyler Hoechlin. 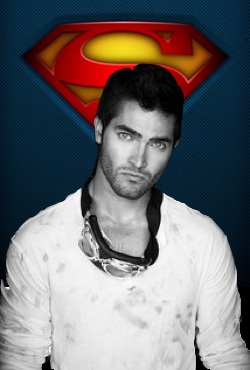 If you don’t already know, DC – unlike Marvel – does not link its movie universe and its TV universe. Since DC Comics is currently in the Multiple Universe concept once more, it might help to think of their TV and movie universes as alternate dimensions. So we can have two Flashes, two Wonder Women – and two versions of Superman.

The DC movie version of Superman, as shown in Man of Steel and Superman vs. Batman: Dawn of Justice Whaddee Do Dah, is played by Henry Cavill and is a darker, more brooding, somewhat more Batman-ish Superman. His costume is also darker, almost a blue-black. He is, we are told, a more “realistic” Superman. And that’s where I think the trouble is going to lie.

Supergirl’s Superman is a more traditional Man of Steel. He’s a brighter, more confident, more hopeful vision. And, not to slam Henry Cavill, Tyler Hoechlin is a better actor. As a kid he held his own with Tom Hanks, Paul Newman, Jude Law, and Daniel Craig in Road to Perdition where Hoechlin played a starring role as Michael Sullivan, Jr. (Sidenote: not everyone realizes that Road to Perdition is also a “comic book movie” based on the graphic novel by Max Allan Collins and Richard Piers Rayner. Work that little factoid into your conversations. Amaze your friends. Go out and get a copy. Great read. End of plug.)

The Superman appearing on Supergirl is more my idea of who Superman is – confident, capable, friendly, powerful and, according to one character on the show, smells good. When he walks into the DEO, the government facility where Lara’s adopted sister Alex works, people just stop and stare. Superman works the crowd, smiling, shaking hands, setting people at ease not like a politician or even a celebrity but like a nice guy from Kansas which, for all his powers, he is.

Hoechlin also does a great Clark Kent, reminiscent of Christopher Reeve’s great turn, having a deft sense of humor to the portrayal and making the bumbling aspect work. When his cousin secretly congratulates Clark on a well executed file fumble in the elevator, he tells her it wasn’t an act. That’s endearing.

Also, in the TV aspect of the DCU, there isn’t the underlying mistrust that the DC movie universe has for this strange person from another world. Batman wants to kill Superman because the Kryptonian could be a threat; one of the arguments leading to the creation of the Suicide Squad was who could stop Superman if he decided to burst through the roof of the White House and grab the President? On Supergirl, people trust the Man of Steel. Seeing him, or his cousin, inspires hope. While the darker portrayal may be more “realistic,” it’s not what the character is about.

I’m not looking for a return to the Superman of the Fifties as seen in either the comics or the TV show. To be honest, that one bored me even as a kid. The movies, however, makes him more angsty, more dour, and less Super. Hoechlin is only scheduled to appear as a guest star on the TV show for right now but he wears the tights and the cape – and Clark Kent’s glasses – quite well.

I know that in BvS: DoJ (spoiler alert, I guess) Superman dies at the end of the film but we all know he’s coming back for the Justice League movie. I, for one, wouldn’t mind if the movie Superman uses the grave as a chrysalis and pops out as Tyler Hoechlin. Or maybe they can have Tyler spin off into a series as Superman. I’d watch it. And I bet lots of others would as well.

And that’s going to be WB’s problem – the better Superman isn’t on the big screen; it’s on the small one.