Turning 50 doesn’t have to be all doom and gloom. In fact, those typical black-and-white “50 years old” party decorations, suggesting that the celebrant is “so old,” seem out of place to me. Fifty can be fun. Fifty can be optimistic. Isn’t Hollywood’s most famous re-invented party boy, Robert Downey, Jr. over 50? Isn’t the always-engaging Marisa Tomei over 50?

This year Star Trek turns 50 and the phenomenon never looked better. There’s a new movie, a new fascinating Star Trek podcasts out there. And now, more than ever, there’s top TV show and even new stamps from the U.S. Post Office. There’s a bunch of -notch merchandise from innovative companies like Titan and Eaglemoss.
But it wasn’t always so. Back when Star Trek was turning 20 the future wasn’t so certain. It was a struggle. Fans were ridiculed. The world at large did not associate any ‘cool factor’ to Star Trek fandom.

And during those days, DC Comics was creating top-notch Star Trek comics. Looking back (at the future) through the lens of 2016, these adventures covered a perplexing time for the franchise. Spock was dead, Lt. Saavik had crashed the party, the main characters were all dealing with aging and career issues and interesting original characters were added to the mix.

Marv Wolfman was essential to DC’s acquisition of the Star Trek license. Working on the Marvel Comics version helped him develop a unique perspective for successfully adapting the property into comics. Marv offered these great insights:

“I was a huge Star Trek fan. Still am, actually. I had written the first few issues of Marvel’s Trek but in analyzing it later felt everyone who handled Trek comics was doing it wrong. We were all trying to mimic a TV show’s four act structure and tone. We were all telling too many stories on the Bridge when we had an unlimited SFX budget. If they had the means they would have done other types of stories, but they were restricted by budget. Also, TV shows have tons of talking scenes, because that’s cheap to produce. Talking scenes in comics is visually boring, so I wanted more action and wonder.

“But Trek was pretty much dead at this point in comics and the first Trek movie (I wrote the adaptation for Marvel) didn’t offer much hope. But then I got the chance to see an early advance of the second movie and went back to DC saying we needed to get the license. I remember Jenette Kahn (DC’s President) didn’t think there was any hope for Trek back then (and most would have said she was right) but I was a fan and said this one was really good and I had a way of fixing it. Jenette may have disagreed but she trusted me and approved us getting the license.

“I brought in Mike W. Barr to write it, as I knew Mike loved Trek as deeply as I did. My thought was to handle the book like it was a comic, not a TV show. Have continued stories. Don’t structure it like a TV show. Have emotional characters and bring in new characters with whom we could tell stories we couldn’t necessarily do with the regular cast, which we couldn’t change. I wanted the cast off the bridge and on planets, and I wanted the problems to be big and not easily solvable. One of comics’ strength is building up a universe and there was no reason to keep it small because the TV show did.

“And all of that had to be done while 100% honoring everything else that made Trek great. Great characters and thoughtful SF stories. I thought we did it and the book sold amazingly well.

“I believe later on the approach was altered to go back to more of TV’s four-act structure, ignoring what made comics work, but as sales dropped that approach was changed back to what I had pitched and what Mike Barr wrote. I think whatever you do you need to remember to use the strength of comics.” 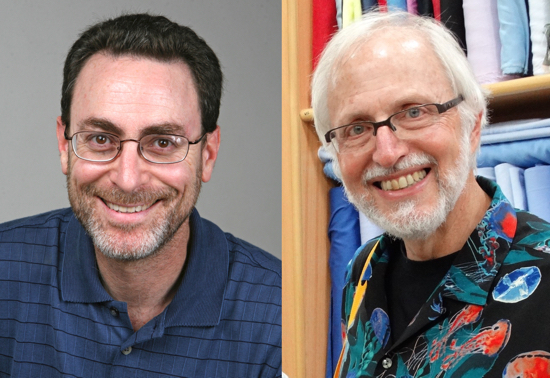 Next I turned to ComicMix‘s own Robert Greenberger, who has long been engaged in Star Trek fandom (be sure to read his Notes from a Final Frontiersman column). Robert was an editor for the DC Comics Star Trek series. I had a lot of questions for him:

Ed Catto: Rereading the first fun DC Star Trek comics, it still seems fresh and exciting to me. At that time, Spock was “dead,” the main characters were dealing with both middle age and career issues and the series introduced several new characters. What was it like to develop the series at that time?

Robert Greenberger: Marv Wolfman lobbied DC for the rights, feeling he didn’t have a real good chance to work with the characters when Marvel had the license. He and Mike W. Barr both worked under the far more restrictive Marvel license and so they wanted to see what they could do unfettered. The absence of Spock was seen as more of a creative challenge than anything else, since removing such a key figure changed the group dynamic. It also let Mike explore Saavik as a character.

EC: Can you tell me about the challenges you faced?

RG: When I arrived in 1984, the book was about six issues along and Marv and Mike were in a nice groove, developing their original-to-the-series characters, to round out the ensemble and have people they could actually do things to. A third film was being planned but we knew nothing about it at the time so continued to try and fill the gap after Star Trek II with interesting stories. Some of it felt like vamping and required some inventive thinking which is where, I believe, Mike hit on the idea for a Mirror Universe saga.

RG: Paramount Pictures chose not to do too much special for the 20th. There was some licensed merchandise but it wasn’t as big a deal to them. Len Wein was writing the comic for me at the time and we agreed we’d do a special story for that September. I got to use extra pages and he came up with “Vicious Circle!” a fun sequel to “Tomorrow is Yesterday,” allowing the TOS-era crew to meet their film series counterparts.

Paramount finally made a big deal on the 25th and now, the 50th. I’d love to have been involved with this year’s celebration since some transmedia storytelling could have been fun.

EC: I really liked the artwork on the DC series. What can you tell about working with talented guys like Ricardo Villagran, Tom Sutton, Gray Morrow, Curt Swan and even Eduardo Barreto?

RG: Ricardo was living in the NYC area in the early 1980s landed some work at DC, which led to Marv offering him Trek. He relocated to his native Argentina and we used DHL to make the monthly schedule. He needed the reference but smoothed out Tom’s pencils. Tom was a tremendous storyteller and I loved working with him, but the likenesses were never his strong suit. Eduardo Barreto stepped in for one story and if I could have, I would have shackled him to the Engine Room – I adored his Saavik spotlight, but he was in such demand I couldn’t keep him.

When I could, I spelled him with people like Gray Morrow and Curt Swan who handled the work really well. Then I lucked out with Gordon Purcell on Trek and Peter Krause on TNG, young guys who gave it their all and it worked.

EC: You’ve been involved with both Star Trek fandom and comic book fandom for many years, Robert. Can you compare and contrast the two fandoms?

RG: Comic book fandom was a direct outgrowth of science fiction fandom whereas Star Trek fandom splintered from SF fandom since they were looked down on for preferring filmed SF to prose. It was far more broad-based and in many ways welcoming so it grew faster than anyone could have imagined. The passions and infighting remains exactly the same, though.

RG: When there was nothing else regularly published, it was most welcome. Many didn’t like the inaccuracies in the Gold Key books but it was all they had between the infrequent Bantam novels throughout the 1970s. The Marvel series was much better received but suffered from inconsistent creative teams, an editor who didn’t know the property well, and a license restricting them to whatever was established in The Motion Picture. When DC arrived, they had a much broader contract and an editor, Marv, and a writer, Mike, who knew and loved the material. They got to be consistent, which the fans responded to. When I took over, I had a smooth-running operation and the fans continued to support us. Today, IDW feels the same love thanks to Mike Johnson’s stories.

EC: There’s a plethora of Star Trek podcasts now. Do you listen to any of them and what are your favorites?

RG: I honestly listen to exactly one podcast (totally unrelated to comics or Trek) despite having been interviewed for several. I respect Michael Clark, over at Visionary Trek, whose The Captain’s Table podcast has been good to me.

EC: Star Trek has had such a long history in comics. What are some of your favorite Star Trek comics over the last 50 years, and what do you think is the secret ingredient to adapting Star Trek to comics?

RG: I was honored to find six stories I was involved with make it to Comic Book Resources’ recent Top 10 Star Trek Comics of All Time list. My personal favorites are things like Star Trek Annual #3, by Peter David and Curt Swan, Debt of Honor with Chris Claremont and Adam Hughes, and The Modala Imperative miniseries by Peter, Michael Jan Friedman, and Pablo Marcos since it crossed TOS and TNG using Spock as the lynchpin. I enjoyed Glenn Greenberg’s Starfleet Academy run at Marvel and various stories from the other publishers.

Comics is not television and the action and special effects translate differently. To me, the secret sauce in the comics is keeping the focus on characters, working with the ensemble and serializing subplots so you can really explore issues in ways a 60-minute episode of two hour film cannot come close to working with. This way, we offer readers a different experience and shine the spotlight on different facets of the crew or races that make the universe so incredibly fascinating.

EC: Thanks, Robert and Marv. I wonder if Star Trek is one of those 50 year olds that wish to be 20 again? 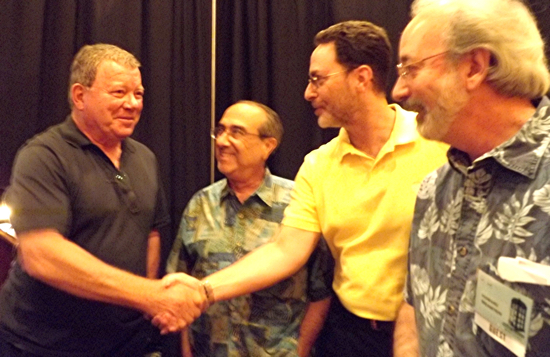