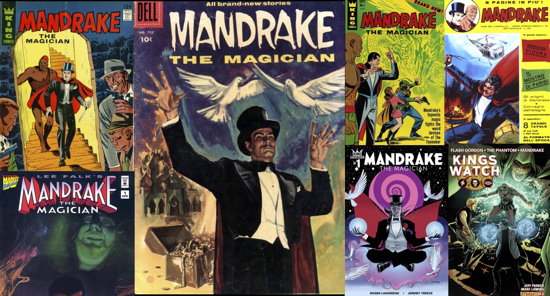 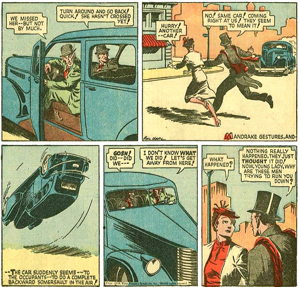 The world has quickly forgotten that Iron Man was always kind of a B-level superhero. As you know, mid-tier comic titles like Iron Man or The Guardians of the Galaxy have now become blockbuster movie franchises. And next up is Doctor Strange, the thoughtful, deliberative sorcerer of the Marvel Universe who was always a well loved, but ultimately B-level player. We know that bigger things are in store for him as his cinematic manifestation, in the guise of actor Benedict Cumberbatch, was plastered all over downtown San Diego.

There have been several other comic book magicians with pencil thin mustaches and one was so popular that his adventures also enjoyed time on the big screen. It seemed like Mandrake should have broken out of that B-character ghetto by now.

Mandrake the Magician, created by Lee Falk (who created The Phantom almost two years earlier), is regarded by many comic historians to be one of comics’ very first superheroes. Falk was the original artist, but before long the masterful Phil Davis was brought in to handle those duties. Mandrake, with his faithful friend Lothar, started in the funny papers, and soon graduated to comic books, movies, radio and more. There was a television pilot developed in the 50s, a cartoon in the 80s and even a made-for-television-movie. Throughout the 50s and 60s, Mandrake was so big he was regularly parodied in Mad Magazine.

This character is a dapper magician, with slicked back hair and a tuxedo that would look great onstage in Vegas. In the early days, he employed reality-bending magic and traveled to the astral plane, not unlike Doctor Strange, but he would later settle into a routine of simply fooling evildoers with hypnotic trickery.

Mandrake seemed to have it all. His girlfriend was beautiful and exotic, and after a loooong courtship, they married. His best friend was an African strong man and prince. (In many ways, I think the bromance of Spenser and Hawk from the Robert B. Parker detective novels were a modern version of how that friendship could have been presented.) He was well respected in his community. Mandrake had an over-the-top house called Xanadu that could certainly be featured on MTV Cribs. Everybody loved him… except for dirty rotten crooks. 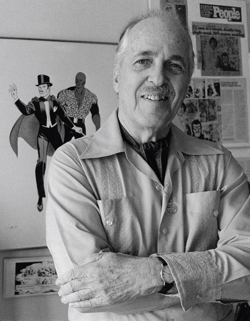 And Mandrake’s 60s comics even have that Silver Age Marvel feel. Mandrake #1, reprinted in Hermes Press Mandrake The Magician The Complete Series: The King Years: Volume One offers stories in that vein. The first story, for example, is illustrated by Marvel stalwart Don Heck and uses a real New York City location as a backdrop for adventure.

“If you like Silver Age Marvel comics, I don’t know how you couldn’t like it,” said publisher Dan Herman.

I should also note that Titan is reprinting Mandrake the Magician newspaper strips, while Dynamite spins new adventures of Mandrake in solo series and the Kings Watch team-up comic. As an aside, we had the honor of including a Mandrake the Magician backup in an issue of Captain Action a few years ago.

Over time, Mandrake drifted off the pop-culture radar while Doctor Strange came into pop-culture focus and is ready to take center stage this fall.

The Hermes Press collection, Mandrake The Magician The Complete Series: The King Years, Volume One is a celebration of Mandrake’s glory days. It collects five issues of Mandrake’s King series and Mandrake backup stories from Flash Gordon comics. 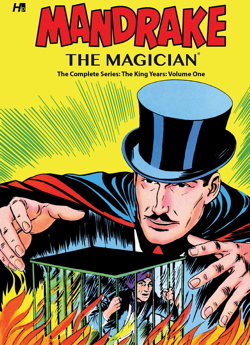 But would there have been a Doctor Strange without a Mandrake? One might argue that via Mandrake and Lothar, we can see the prototype for Doctor Strange and his assistant Wong. Mandrake’s adventures harken back to a simpler time, when magicians and gangsters and super-villains all knew their place in the world, and the world’s most insidious problem could be solved in half a comic book.

Mandrake and Lothar, full of self-confidence and purpose, never thought of themselves as B-listers.