Is Marc Alan Fishman Throwing in the Towel? 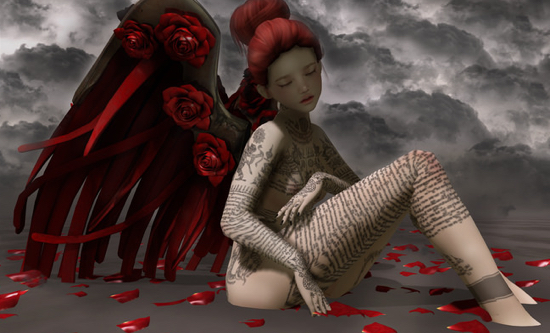 It’s typically around this time of the year where I admit to you that I feel like giving up on comics. On reading them. On writing them. On drawing them. On attending the innumerous conventions. On being so far on the outskirts of the industry I want so badly to be right in the center of, it feels like the mountain between success and where I stand is nigh insurmountable. Truly from this vantage point, I can’t see even beyond the first plateau before reaching menacing storm clouds.

Why so glum, chum? Well, for starters… My own book, The Samurnauts: Curse of the Dreadnuts is just killing me. Between a full-time job, a plethora of freelance work, and two full-time children? My energy reserves around 11:30 begin to wane heavy. If I can ink a single figure in a night, I call it a victory. For those who play the home game, even know that Unshaven Matt Wright and I dedicate Friday nights to just Unshaven Work. But after we compare war stories of being husbands and fathers, after we go over what we did and didn’t catch on our DVRs (when we, you know, have time to even watch them), after we look at one another’s (lack of…) progress from the week before… well, we scribble, and scratch, and dream of the day the book is done.

Funnier still, we are all actually really wanting to start our next projects when this book finally gets done. Natch.

Beyond my personal book woes, comes the inevitable pangs of being far out of reach of the Mecca of comic-dom, the San Diego Comic Con. Unshaven Comics made one single attempt to get in, on a whim. We faintly heard the show-runners laughter booming from our south-suburban Chicago homes. To see the various postings, announcements, and general hilarity that spews forth from that geeky humanity bomb brings those deep seated resentments all indie creators must feel from time to time: Why not me?

And pair that with that that feeling where you’re elated for your fellow creators when they have a huge announcement (David Peterson’s Mouse Guard being greenlit for a movie, or knowing they’re filming Chris Burnham’s Officer Downe, or that Katie Cook is just minting mini mountains of money making work for Star Wars and some other properties she loves)… but then look back at your professional résumé and silently weep a bit. Natch.

It’s usually around this time I take stock of what all my little studio has accomplished. I look to the four complete Samurnaut books that have sold thousands of copies. I sift through memories of Baltimore, Charlotte, New York, Columbus, Kokomo, and Detroit. I bask in my Facebook Friendlist literally choked with true friends made solely because me and my two best friends decided to make comics and sell them. I inhale all of this slowly. Repeatedly. I squash those doubts, fears, regrets, and pains from my mind.

So we’re not in San Diego. Doesn’t mean we can’t do it next year. So Samurnauts isn’t minting us movie and merchandising deals. The first trade will be done in time, and ready for the public before the end of the year. Once that’s in our burly paws? Well, that’s when we can do more than dream. And when it comes to those jealous flashes from our friends and associates success; well, that’s met quickly with an old adage from the WWE locker room. “When those on top are over the most? Then it’s good for all of us.” The more comics continue to dominate TV schedules, movie releases, and merchandising meccas… the more demand there will be for more content. And so long as we believe that our content is worth the look? Well, we’ll be ready if someone ever does come a calling. And if they never do? Well I will still leave with thousands of fans, legendary friends, and a lifetime of memories.

With all that in mind? Consider the towel back on my shoulders. That’s the good part of being down. So long as you believe in yourself…

But for real, if Trump is elected, there’s no hope. Pack your things and meet me in Canada. FanExpo is great, aye?