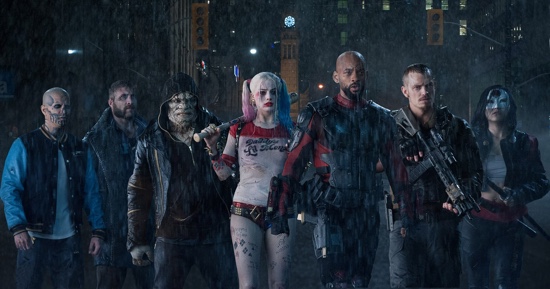 I’m comic book famous. I get invited to conventions and the convention organizers pay my expenses. While I’m at a con, I sit at a table and autograph comic books, maybe speak on a panel or two (where my opinion seems to matter) and chat with various fans who come up.

While I’m at the convention, I’m sorta famous. I leave the convention hall, take off my badge, and nobody outside really knows who I am or cares, which is cool. I can go to the store or a restaurant or, really, do most anything short of dancing naked in the street. No one cares. I’m not famous. I’m just another person and that’s great.

I won’t pretend that it’s not an ego-boost to be sorta famous. The attention is flattering and I’ve seen parts of the world as a result of being invited to a con that I might not otherwise ever visit. Mind you, unless I make arrangements to stay a day or so after the Con I don’t actually see much of the city I’m visiting. Cons are working weekends for me; I’m there to meet with the fans.

One thing that comes with the semi-famous territory are requests for interviews. They’re usually connected to some work I’ve done. Nobody is asking for my political opinion about the current presidential race. (Two words describe it: Trump. Yech.) Right now, with the Suicide Squad movie about to debut, there’s been a spate of interview requests regarding my work on the Squad.

Interviews can be funny critters. I want to answer honestly but I also want the answers to be entertaining. Certain questions, such as how it began, are part of every interview and if you’ve read my answer once, you’ve probably read it several times. I feel like the old codger who is telling his tales over and over again to an audiences whose eyes are increasingly glazed. Still, I’ve had nice experience doing interviews and I give good blather. Point me in a direction and I can talk for a long time.

The interviews I’ve been doing about the Squad have generally been fun. One or two are with people who have interviewed me before so there’s an easy rapport.

Two interviews in the batch stand out for me. On one, I video taped some answers that may be included as bonus supplemental material when the Squad movie eventually goes on blu-ray. The other was an audio tape interview for NPR and it focused mostly on the work that my late wife, Kimberly Yale, did with me on the Squad.

I will admit, the video tape interview was very cool and I’m excited about being part of the Squad blu-ray (if I am; you never know what they’ll decide when it comes to picking material). It was done in Detroit at an industrial setting. The electricity had gone out for the whole neighborhood (hey, it’s Detroit) so it was shot mostly in natural light. The guys were friendly and knew their stuff and it was a lot of fun.

The NPR interview focusing on Kim was very different and I was very gratified that it happened. It gave Kim her due and I can hear her delighted giggle in my mind’s ear. As I told the interviewer, if Kim had been there, I wouldn’t have gotten more than three words in. She would have been ecstatic about the Squad movie and would have wanted to be in it and to direct it. Mostly, I was just happy to remind people what a good writer she was and how important to the Squad. Kim wasn’t part of the book from the beginning but she was a big part of it as we went on.

All this attention will probably dissipate very soon. The movie will come out and do enormously well (I have really good feelings about this) and my semi-fame will go back into hibernation, as it should, at least for now.

And we will all be much relieved.