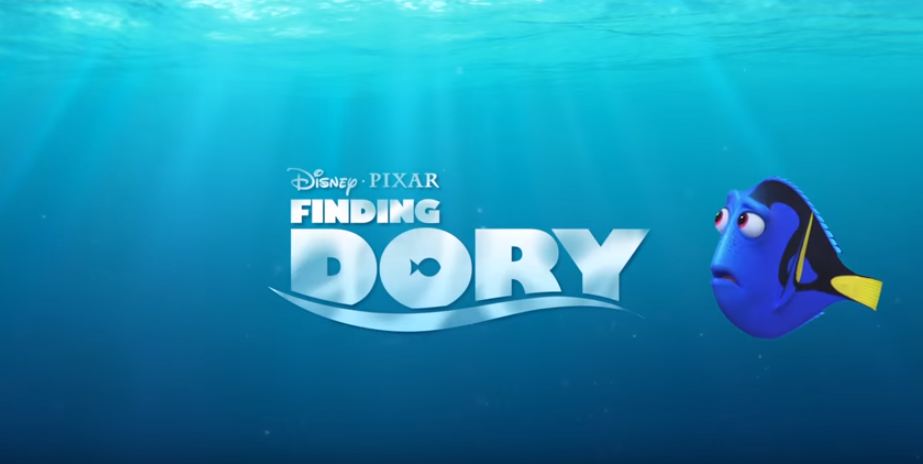 I am too big a fan of Pixar to be reasonably objective at this point. On this very website I wrote a rave review of The Good Dinosaur, a movie I seem to be almost completely alone on the island of people who think that was an unqualified masterpiece. I’ve given more than one passionate defense of Cars as a well-intentioned movie with a nice message about the virtue of small town America. I’m even polite enough to pretend that Cars 2 never existed. I’m a Pixar team player all the way. But I’m just not sure I’m a big fan of Finding Dory.

It’s not a bad movie, that’s not what’s wrong here, not by a long shot. It’s funny, it’s momentarily very moving, and the design work is exciting and dynamic. What it doesn’t feel is particularly original. They hit a lot of characters again, not for deeper dives (sorry) into the characters or even for fresh jokes, but to do basically the same joke over again. There’s also a couple sea lions introduced that feel an awful lot like the pelican from the first movie crossed with the seagulls, to say nothing of another luminescent predator in a dark environment coming around. I might be expecting too much from one-note characters in a children’s movie but I expect more from this studio, and I expect more from a successor to such a resounding triumph of filmmaking as Finding Nemo.

The problem I have with Finding Dory would likely be fixed with some higher stakes. Finding Nemo is a movie filled with life and death peril at every turn. Marlin and Dory are crossing the ocean and interacting with sharks and jellyfish and everything else dangerous out there. Nemo is in a fish tank waiting to be taken home by a little girl who murders every fish she gets her hands on. Those are some real life-or-death stakes. Everything feels less important this time around. Dory wants to find her family but she looks for them exclusively in a relatively safe environment. Marlin and Nemo are in pursuit but the biggest peril they ever seem to be in is when they’re trapped in a tank with a particularly boring oyster. It all just feels too breezy and light to ever feel like anyone is in any real danger and at that point, so why are we bothering to hear this story? Writer/director Andrew Stanton has two Oscars for Best Animated Feature and four nominations for screenplays so it’s hard to believe he doesn’t understand all of this much better than I do it’s just strange to see Stanton in particular and Pixar in general put out such a relatively empty film.

It might seem hollow after all those complaints, but I quite enjoyed getting to spend a little more time with Dory and Marlin. The original film was a favorite of mine and is singlehandedly responsible for my general appreciation of Ellen DeGeneres and Albert Brooks. Both are really good in this movie, DeGeneres is obviously fantastic, her performance both resembles her real world comedic style and is so in tune with the character she can really nail the quieter moments. Brooks gives a more subtle performance, Marlin says something early in the film and having him try and minimize what he said while clearly being filled with regret and needing to make amends is so subtle and so relatable. I got a little crabby with the plot but the performances and the direction are second to none.

Finding Dory is a B+/A- movie from a company I have grown accustomed to giving an easy A every time. There’s nothing wrong with it, I walked out of the theater completely delighted with the movie— but it doesn’t feel like it’s entirely living up to the standard that Disney and Pixar have set over the last few years. It would be hard to make the case that Finding Dory is a better movie than Frozen, or Inside Out, or Zootopia. Finding Dory is a far sight better than The Angry Birds movie, but that’s like saying that the worst team in the NBA would probably wreck your local college team: true, but not really the point.