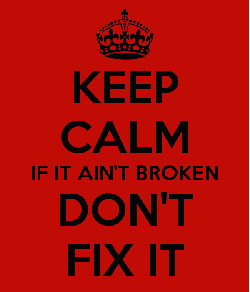 A naked old man squatting near a small fire on a barren hillside, surrounded by children who listen as the old man’s voice enters the stillness…

A scene from a time near the beginning of storytelling as a communal activity, or hear the end, a time when myth and religion finally reunite, or a time before their sundering.

Here’s a few words from George Lucas, of Star Wars fame: “Mythology is a performance piece that gets acted out over hundreds of years before it actually becomes embedded in clay on a tablet or is put down on a piece of paper to be codified as a fixed thing. But originally it was performed for a group of people in a way in which the psychological feedback would tell the narrator which way to go. Mythology was created out of what emotionally worked as a story.”

And stories, you may not be astonished to learn, are the direct descendants of mythology or, if you care to change your angle a bit, stories are mythology. So, before theater and high-speed printing and radio and movies and television and, yes, comic books – before all the (as Steven King calls them) story delivery systems that cram our lives, performer and audience breathed the same air, exchanged responses, and in a sense, co-created the story.

We may be in the process of recreating that dynamic. When I crept into the professional writing dodge, 50-plus years ago, we had feedback from our readers, in the forms of snail mail (the only kind of mail to which we had access) and, eventually, sales figures. But these responses were too slow – in the case of sales figures, way too slow – to affect our whats and our hows. By the time were were reading somebody’s angry denunciation of the hero’s new purple boots, we were working on stuff that wouldn’t be in print for months and there was nothing we could do about those damn boots except change them back and that would take additional time…

Sales figures? Look for reliable ones in about nine months.

Now, however, social media have changed the game. A reader can be complaining about those boots within hours of their debut and maybe the creative team can get them fixed before the next issue. Alternately, the team can bask in praise because, well, doggone it, those boots have made a difference!

Okay, maybe not all. Sometimes people don’t know what they want until someone shows it to them and if the team’s work is entirely dictated by cheers and boos, they might either be afraid of changing something that seems to be finding favor, thus inviting stagnation, or giving a fair chance to stuff yet to find its audience. Or maybe a creator’s Next Great Idea never gets out of the notebook because…heck, what we’re doing is working fine and why fix what ain’t broken?

As for those kids gathered near the fire…maybe they’re entranced by the old man’s story. Or maybe they’re just enjoying the warmth of the fire.