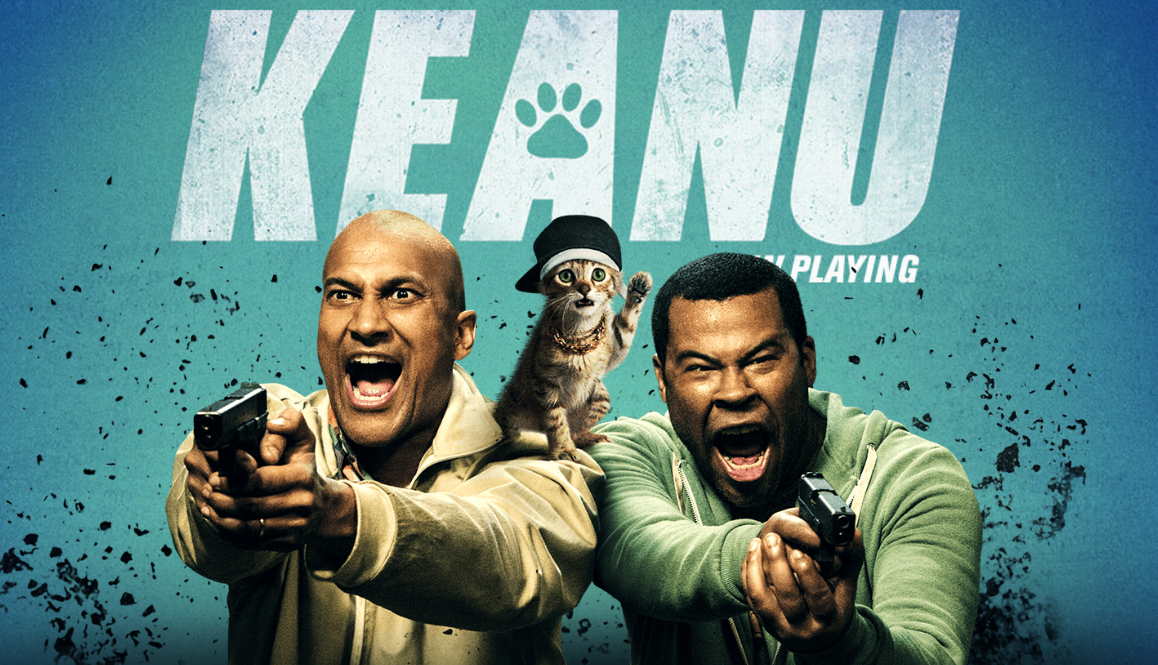 Keanu is a lot of things, it’s a very funny comedy, it’s a sharp piece of social satire, and it’s a telling mirror held up to the tropes of the contemporary action movie, but what it isn’t is the movie they advertise it as, a movie about a cute kitten. I understand the urge to run those advertisements—if the internet has proved one thing, it’s that there’s no end to human cruelty; but if it’s proved two, it’s that people love cute cats so much—but it seems to be a great way to end up with a theater full of people who are not getting the movie experience they thought they were getting. While it’s very easy to Monday morning quarterback these kind of decisions, it’s now clear that this wasn’t the secret to untold box office millions, and the actual content in Keanu is excellent and should have been given a chance to stand on its own.

The similarities between Keanu and John Wick are reportedly coincidental, but they’ve clearly leaned in to it by naming their film after Keanu Reeves and calling on him for a cameo voice role. On the surface the movies have a lot in common, people are inspired to gratuitous amounts of violence over the grief the feel over losing a newly acquired pet, but the comparison dries up quickly after that. John Wick is this sublimely misanthropic movie about how the good in the world is a facade and how we can never escape our baser instincts, and Keanu is full of redemptive arcs for all but the most sinister characters, everyone has a chance at a better life and there’s a feeling of hope. Maybe this is the difference between a live kitten and a dead dog but it’s probably a bit more than that.

On the face of things, Keanu is a lot like any comedy you’ve seen for your entire life— but there’s something deeper lurking underneath. Rell (Jordan Peele) is struggling to recover from a breakup and is looking to find his joie de vivre again while his more together friend Clarence (Keegan-Michael Key) is more together but needs to find a way to advocate for his own needs and find time for himself. I’m sure these exact characters to this point have existed thousands of times in the history of film and thousands more on TV sitcoms, but they’re effective character shorthands. What Keanu uses these shorthand characters for is to discuss black masculinity, a topic I am wholly incapable of discussing in any sort of authoritative manner. I can say that when Rell tells Cameron that he sounds like “Richard Pryor doing an impression of a white guy” I laughed because I got the reference, but I can’t speak to the truthfulness of these observations. I urge you to seek out more insightful thoughts on this topic from black cultural critics or even from Key & Peele themselves in their interview for Sharp Magazine. I enjoyed it, I think it’s important; I’m too white to get further involved.

I very much enjoyed Key & Peele when it was on Comedy Central, so it’s no real surprise that I found Keanu generally hilarious. In particular, there’s a bit where Clarence has to convince a car full of young gangsters that George Michael is a black musician making music that speaks to their lives and situations that was easily the strongest bit in the whole film. It was cut with a remarkably weak scene with Anna Faris playing herself as a set of drug clichés that felt indulgent and overly long. It’s generally well paced and consistently funny and, perhaps most importantly, has the good taste to wrap up the movie before it gets boring. Keanu passes one of the most important tests a comedy can pass: I would 100% stop and watch it if I saw it was on cable.