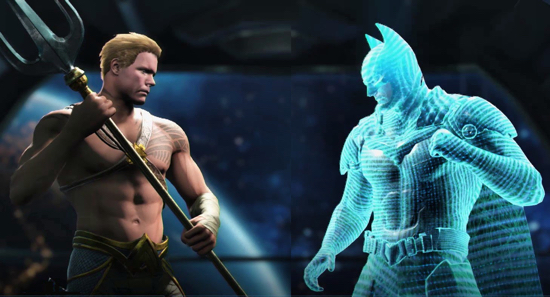 The very first movie trailer debuted in November, 1913. It showed backstage rehearsal footage of an upcoming production of the musical The Pleasure Seekers. The actual play itself debuted the same month.

In contrast, today you can catch the sneak peak to the first look of the first cut of the promotional trailer of any given movie upwards of a full year before the actual film is released. How starved for content is our culture?

Think now, how literally days into pre-production of a given franchise the hype machine starts a’rollin’. When George Lucas and his menagerie sneezed a bit too loud, Entertainment Weekly and any other number of film blogs lit the net on fire. Speculation then is answered by some unseen specter of a source, second-handed, to an iffy-looking kid with a smartphone. And soon enough, Donald Glover is pitching to be young Lando.

Smash cut to the actual release of the story a year later. Smash cut again when Glover is doing his first costume fitting. Maybe he’ll Instagram his name on a garment bag. It’ll be picked up on TMZ, the AP, AICN, and Perez Hilton — if he’s still a thing. You know, just enough to keep the future film top of mind.

Marketing is an art and a science. Hype is the currency. Hype parlays demand into action. Or so marketing companies want to tell you – ask Edgar Wright how Scott Pilgrim turned out for him when you have a chance.

And it’s not just movies that are guilty of this sin. The day I wrote this very article, the teaser to the full trailer for the upcoming Injustice 2 video game crawled across my Facebook feed. And boy howdy, it worked. Before the predictable (but oh-so-glorious) cut scene footage shown over some narration completed, I was furiously calculating the cost to upgrade my Xbox. When the teaser-to-the-trailer ended, the release date in May whizzed across the screen. I looked over at my second browser window – with open tabs at Amazon, eBay, WalMart, and Best Buy – and I stared off into the middle distance in shame.

The fact is, these days products are bought and sold long before they are ever completed. Pilot season in TV land churns out show after show. Only those with enough hype to garner attention from advertisers ever see the light of day. And even then, if the hype train doesn’t keep chugging down the tracks, the show flies off the rails leaving hundreds of actors and production crew scrambling to do it all again. Maybe with a different script next time.

But who am I to judge? My company’s Kickstarter campaign – itself a bit of a hype machine if you think hard on it – was essentially drumming interest up in a project we’d still not completed inking before we were promoting the crap out of the finished product. Smash cut to over a year later, and only now am I flatting one-half of the book while I finish other pages as they drizzle in. And while I’d be tempted to share my half-completed work on our Facebook page, I’ve relegated it to our “seen by at least four people weekly” Facebook Live show.

The broad question is: When have we reached the event horizon? I think we’re already there. With the ubiquitous nature of technology allowing us to capture content being created live as it’s being fretted over, marketing and promotion is half-button push away. In a world where virality is as important at times as the actual quality of the product, hype is now deeply rooted into the very fabric of creation.

And because of it, Wing Commander made nearly half its lifetime gross its opening weekend. It was a bomb of a film and a financial failure. But it had The Phantom Menace trailer attached to it. We all know how that hype played out.