Marc Alan Fishman: When You Can’t Have It All 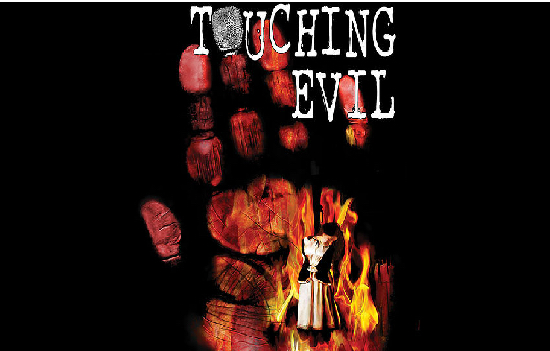 Barely six days ago from the time this article prances across the interwebs to be posted to my little corner here at ComicMix, I will have once again broke bread with our ol’ E-I-C Mike Gold. Mr. Gold was in town (Chi-Town) for secret business. I’ve long since learned to stop asking for details, as when such a query is prodded Mike is prone to drum up a story with no fewer than seven name drops, and four blink-and-you’ll-miss-it delicious details about someone famous in comics. Before you know it, the subject has been changed, the barbecue brisket has hit the table, and you’ve completely forgotten your original question.

It was on the ride home that found Unshaven Matt Wright and me doing as we’ve come to do weekly: wax poetic about the state of our lives. You see, marrying our wives roughly two months apart, buying homes roughly five months apart, having our first kids about six hours apart, and then the second kids about two days apart has led he and I to fairly symmetrical lives. As such, these days … it’s been the world crashing down on top of us, whilst we have nary a baseball cap to keep from impending concussion. The finite details here are irrelevant. Let’s look to the macro.

When we’d completed our Kickstarter, we’d been about halfway through the inks on our final issue to-be-collected in the Curse of the Dreadnuts four-part series. Matt and I each felt that a solid four-to-six weeks would be all it’d take to plow through. Well. That was back in November. It’s not November now. And we’re still working on those final 10 pages or so. It’s blindingly frustrating. More than others may know because as much as we could choose any number of distractions in our lives preventing the completion of our book, it’s honestly the unrelenting pile-up of all of them at once rendering us barely able to scratch at a single page a week – if at all.

Reconnecting with Mike this past weekend reminded me that no amount of money sitting in my bank account will make up for the life not lived. Since November, when I should have been shuttering my side business to hunker down on a book, I took on five new freelance clients. And while I told myself the little bits and pieces of work they threw me would allow my family to exist when my wife eventually took her current maternity leave, I know I’m mostly lying to myself because the honest-to-Rao truth is I can’t say no. Until now, I suppose.

For example, take my ComicMix cohort Emily Whitten, who recently took a polite bow in order to tackle sundry missions in her neck of the woods. I read her wave goodbye and applauded. Make no mistake: I’m not going anywhere. I show up on a site a day before John Ostrander every week, which allows me to say I open for John Ostrander weekly to all geeks I meet on the street. I can’t ever give that up. Plus, my rants and raves about the geek culture I hold so dear is one of my favorite escapes when I sit down to write. But I digress. And screw Peter David. I stole that line from my high school choir director. Natch.

But the hunger pangs to be a true creative is now far too strong. I’ve denoted my fellow Midwestern comic makers doing amazing things as of late, and it makes me a brighter shade of Sinestro in jealousy of their output. My number one frenemy Dan Dougherty? He’s recently collected his comic Touching Evil http://www.beardocomics.com/#!touching-evil/c17ar into a trade paperback and is presently poised to release issue eight. And it’s seriously one of the best books I’ve read in years. I die a little every time I admit it.

As for Dan’s karaoke cohort, Dashing Dirk Manning? Well, he just launched a Kickstarter for the third volume of Tales of Mr. Rhee (https://www.kickstarter.com/projects/dirkmanning/tales-of-mr-rhee-those-who-fight-monsters-hardcove?ref=nav_search, and I’m one of the 100+ backers onboard in the first day. By the way, Dirk met goal in less than half a day. It’s fitting given how wonderfully macabre that series is. Then there’s my good buddies Leo Perez and Mikey Babinski, who both landed their art into exclusive tie-in trading card sets for the upcoming Ghostbusters movie. Trust me, I’m barely scratching the surface. My Facebook feed overfloweth with glowing announcements of soon-to-be-released goodies. All my friends… living their dreams, while I tackle yet another logo, business card, and UI update.

Until now. My name is Marc Alan Fishman. My shoppe is hereby closed. My studio is now open nightly. My book will be done. I know now that I can’t have it all. But the truth is, I never needed it all in the first place. It’s time to get back to doing what I love. The rest of the world can wait.