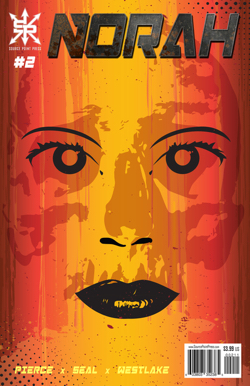 I’m a fan of eating crow. Truly a student from the school of tough love. The other day I happened to be perusing my archive of articles here on ComicMix when I hit on the one where I vowed to buy more indie books. That article was published August 14, 2014. Shortly after it hit the site I threw out my mainstream subscription box that was brimming with Marvel Now! and NuFiftyScrewYou floppies.

Blink, and a few years pass by. And my vow? Beaten, battered, and broken. I could spend the entirety of this week lamenting on specifically why I broke my promise. But, that (as Alton Brown would say) will be for a later show. This week, I want to start making good on my promises. You know… a mere 26 months later.

One of the many awesome side effects of being an indie creator is the wealth of newfound friends across one’s social media streams. Enter Kasey Pierce. Whilst trolling my number-one-frenemy (Dan Dougherty, a.k.a. Beardo), a tagged photo on his stream peaked my attention.  Donning a Touching Evil tee-shirt-turned-tank-top with a brawny bicep hoisted up to a nonchalant smirk stood Ms. Pierce. Like all millennial creeps, I clicked her name to see what-the-what. Hanging her hat in the Detroit area had aligned her to a plethora of palookas I had a ton of love for. Hence, I clicked “Request Friend” and sat patiently awaiting the green light to stalk… err… peruse (yeah, that’s the ticket) her timeline.

In doing so, I learned she was a many an important things to me: writer, well-versed in sci-fi, lover of the WWE, and Britpop. I was able to look past her love of Dougherty and came to the conclusion (months ago) that my smart money would be to give her comic series Norah a try when our paths crossed. 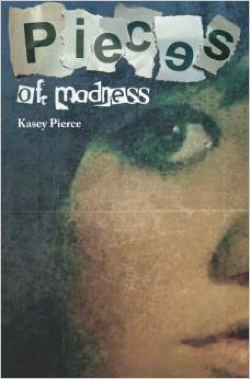 Enter the New York Comic Con. On one of the few jaunts I courageously took into the wild (a.k.a. the con floor), I made my way to Source Point Press – the small press publisher of many a Michiganer, dealing wholly in the horror and sci-fi sects. A few pleasantries passed (mainly me attempting to glean if Kasey knew who I was after our back-n-forth bantering over wall posts and what not) and two issues of Norah made their way into my mitts. They survived the journey home, and were consumed with the tepid worry that my friendship with Ms. Pierce might color my often-snarky synopsizing.

Luckily for both of us, my snark remained intact, and Norah was very promising.

Before I dust off my old MichaelDavisWorld chops though, let’s get the elevator pitch of the book into the ether:

Norah Seizhelm is a “Coma Fisher” for hire. With the ability to tap into the mind’s eye, she’ll either find and retrieve you or help you cross to the other side. A mission of peace, to be sure. But how she obtained this skill is a story filled with government secrets, the death of thousands, and a threat of mass genocide.

I picked up the available issues (1 and 2 out of the first 4 of volume 1, for you number types) for a whopping $6. Kasey’s Source Point compatriot upsold me on a horror book I’ve not opened yet for a cool $10 in total. But I digress.

Norah combines Pierce’s love of neuro-science, bio-weapons, and government conspiracy… wrapped in the candy coated shell of a bitch on wheels solo book. In concept? It’s a potent potable of pulp. With a personality that harkens directly to the Jessica Jones stock, combining with a compassionate mission that leverages medical procedural plots, the book is inherently niche in scope. Where it shines the brightest is truly there in the pitch. As presented in media res, we find Norah meeting drifters in infinite blackness… cajoling them to join her as details of their sur-reality come into focus. We grow accustomed to the truth of catatonia as the patient does. It’s neat narrative trick, no doubt.

The biggest positive beyond the pitch comes solely on the mystery of the soul of the titular telepathic. As she reads on the page, Norah is a foul-mouthed malcontent until she reaches the patient du jour. With what feels like a gang member? She is curt. With his absorbed twin residing in his psyche? She softens. In the real-world, she is passive and melancholy. To see this much nuance stacked on someone who is also bio-weapon engineer? Gives credence to a fully-realized heroine far beyond the traditional manic pixie dream girl. The hook of the book is tied totally to figuring out the whole picture of Norah Seizhelm.

Where Norah falters a bit for me comes with the presentation. The striking covers to the series – monochromic kinetic fields balanced under graphic forms — sets the tone for potentially fast-paced sci-fi. The interiors, by Sean Seal, are a murky mélange that counters the covers in stark contrast. Seal’s painted panels are a bit too unbalanced to be beloved as a whole. Some sequences are clearly coated in hours of careful detail. Others are slap-dashed and sloppily strewn across the page. Some faces are rendered in proportion, others are left feeling unfinished. Taken as a complete product? The sparse prose over the unbalanced art creates an inconsistent book. But heed me: Norah is still very much worth consideration.

The beauty of the indie scene is inherent in Norah. It’s an unfinished house with a sturdy foundation. A diamond still stuck under a bit of coal. As a character study and concept, it’s lightyears ahead of standard cape and cowl pulp… and commensurate with the better parts of early Dark Horse Presents… and the like. A mature concept that isn’t gory or salacious for the sake of a sale. Kasey Pierce has a larger point to explore in her heroine, and two issues in has left me desiring the necessary closure she’s selling. While the book may not show the sheen artistically (yet), the prose is more than enough to make my first deeper dive into the indie scene a successful one.

Here’s hoping my next venture down the alley for new reads is as nuanced and notable as Norah.