Review: BvS Is A Four-Letter Word 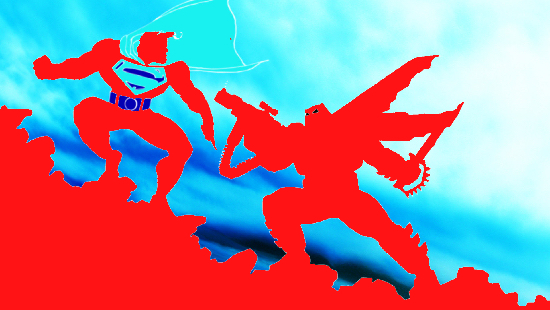 Did you ever endure some sort of traumatic injury knowing full well that a minute or two after the moment of disaster it was going to hurt a hell of a lot worse?

That’s how I felt after seeing Batman v Superman. Bright-eyed fanboy that I am, I walked into the theater with the highest of expectations. I had heard from a couple of friends who saw the Los Angeles screening that it was pretty good. Now I’m reconsidering my position on medical marijuana. Maybe the fault here is mine: I had been on OxyContin following some dental surgery earlier in the week and I guess I quit taking that shit too early. I wanted to like the movie – for one thing, it took two and one-half hours out of my life. For another, successful movies inure to the benefit of the comics medium and, arguably, my cash flow.

Here’s the good stuff. The camera really loves Gal Gadot, particularly when she’s in her Diana Prince guise. I enjoyed her work so much I even briefly considered watching her Fast and Furious movies, and I lamented the fact that I lacked the foresight to join the Israeli army when she was a part of it. Also, and I guess this is critical, Ben Affleck was fine as Old Man Bats. Granted, standing next to Henry Cavill would make Emo Phillips seem like Robert Redford, but Ben did just fine. Diane Lane is always a joy to behold and her talent exceeded her part. And Jeremy Irons seems to have found Michael Caine’s Miraclo stash and became Alfred the Butler for about an hour.

All that in the aggregate does not come close to balancing out Jesse Eisenberg’s turn as Lex Joker Junior. If you saw him in any of the trailers then let me assure you that what you saw is what you get. Spoiler alert: he channels Gene Hackman at the end. Somewhere Kevin Spacey is buying him a condolence card.

And, holy crap, why does everybody in the damn movie have serious mommy issues?

The story is irrelevant. And negligible. Clearly, director Zack Synder thought he wasn’t spending enough money so he finagled a nice big CG Doomsday for reasons so oblique they do not bear repeating. Lois Lane starts out as the awesome investigative reporter she’s supposed to be and then quickly devolves into perpetual rescue bait. Jimmy Olsen turns out to be something Jimmy Olsen would and could never, ever be. The Flash zipped through just long enough for the audience to realize the filmmakers are idiots. And Aquaman was portrayed as an angry deep-sea fur ball with a fork.

The blame for this fiasco is squarely on the director. Zack Synder should not be given a blank check. By the end of the movie I was hoping the after-credits scene (note: there is none) was of John Wayne Gacy returning from the dead to eat Zack’s brains. Gacy, of course, would have been played by Samuel L. Jackson.

I’ll see Suicide Squad because I was there at its conception and because Affleck was swell. I’ll see Wonder Woman because Gal Gadot is that impressive. But the Justice League movies? If I succumb to peer-group pressure (the comics world remains a small donut shop), I’ll be hoping for that Gacy scene.

The best part of Batman v Superman? The trailer for Civil War.