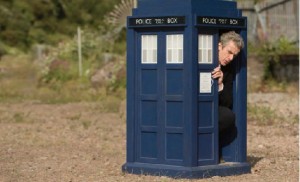 as part of a multi-year deal with BBC Worldwide North America. The popular series had been available through Netflix, though that deal expired in February.

The deal includes the first eight series of the revived series in addition to the holiday specials and viewers subscribing to Amazon Prime can begin watching next week, on March 27. Season nine, the most recently completed series, plus “The Husbands of River Song”, will be available later in 2016.

Amazon Prime has been competing with Netflix and Hulu for rights to popular fare in addition creating their own series. Subscribers can pay $99 a year for access to their books, music, and video offerings.

The tenth season of Doctor Who with Peter Capaldi and an as-yet-unannounced new companion, is expected in 2017. Showrunner Steven Moffat has also said this will be his final season so change is most certainly in the wind for the Time Lord oo=n a variety of fronts.