Joe Corallo: Netflix Is Our Friend 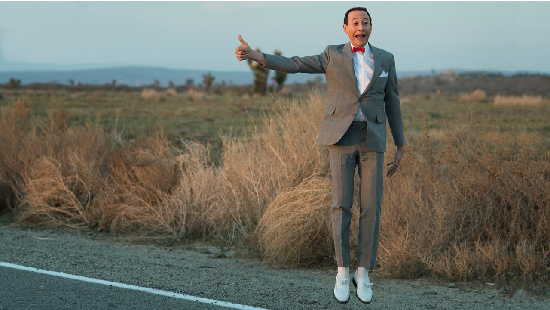 Last week, fellow columnist Molly Jackson and I had a conversation about binge watching on Netflix. Specifically about Young Justice, which she wrote about here. The reason it came up was because people have been encouraged to binge watch Young Justice in order to convince Netflix to pick up the show to give it another season. Young Justice is far from the only example of this at the most popular streaming service around.

Netflix has been breaking new ground lately by not breaking any new ground at all. By that I mean they’ve been at the forefront of offering people a whole hell of a lot of what we already know we like, but, technically, it’s new now! Even when they give us something “new” it’s almost always a vehicle for an already well established, accomplished actor, comedian, or creator with a long resume. I understand that this is an arguable point, but it’s the point I’m making.

They’ve been giving us exactly what we want: copious amounts of the entertainment equivalent of junk food, forgivingly referred to as nostalgia. However, unlike high fructose corn syrup and trans fats we can act like entertainment junk food is perfectly healthy to binge on without the societal pushback. We even use the word binge to describe this behavior without any of the negative connotation. Probably because people can’t necessarily make broad generalizations about your physical appearance or your worth as a human being based on what you watch.

Nostalgia is the junkies’ quick fix. It feels good, don’t get me wrong, but it will never compare to that feeling of falling in love with a TV show, movie, book, or play the first time around. Maybe it’s partly an age thing. Maybe it’s partly an experience thing. Either way, nostalgia is merely a substitute for the original. It’s a hollow smile at the realization that you aren’t alone in the world. It’s a cup of coffee with an ex long after the fall out that doesn’t quite go anywhere, but gives you fuzzy feelings of the old times. Okay, this is getting dark now so let’s move on.

Everyone’s nostalgia is different too. We all had different experiences growing up. I got the chance to see New Order at Radio City Music Hall on March 10th and when they played Bizarre Love Triangle I thought of being a kid in the car with my aunt when she first played it for me. Other people have different songs from New Order that mean a hell of a lot more to them than Bizarre Love Triangle. Some people don’t care about New Order at all. Hopefully no one I know.

Netflix has been trying hard to hit a wide variety of different people’s nostalgias and it seems to be effective. I don’t have warm and fuzzy feelings for Full House, but Fuller House was a hit for them despite the mixed reviews. They did get me with Pee-wee’s Big Holiday though.

Pee-wee was a big part of my childhood. I spent many hours watching Pee-wee’s Playhouse both when it came on TV and on different VHSs of the show off recorded off TV. Lucky for me, my parents endorsed my love of Pee-wee by getting me many of the toys in my younger years.

My journalistic integrity led me to calling my mom before writing this to confirm to me that she did in fact go crazy in her hunt for the Pee-wee’s Playhouse Playset over two decades ago. This included multiple trips to the Toys R Us not too far from where we lived, getting to the store when it opened on Tuesdays as that’s when they would get the new shipments, and hope that she’d be one of those privileged enough to walk out of the store with one. Her efforts required multiple visits before success. We lamented that perhaps Amazon.com would have been nice back then for that reason.

In recent years I’ve gone back to rewatch Pee-wee’s Playhouse Christmas Special. It’s served as a reminder to me of how queer Pee-wee’s Playhouse was. Yes, I get it, it’s really pretty damned obvious. Still though, there is a difference between queer innuendos and Grace Jones basically performing burlesque in your children’s Christmas special. It also reminded me how important Pee-wee was to me and countless other people.

Recently, when I heard that Netflix was going to make a new Pee-wee movie, Pee-wee’s Big Holiday, and I was happy enough to hear it. I wouldn’t say excited so much as pleasantly curious. Like seeing an old friend who’s in town. You’ll always have those old memories, the stories, the good times, but you’re not the same person you were all those years ago and neither are they.

I watched Pee-wee’s Big Holiday right when I got home from work this past Friday. Similar to what some reviewers have said, while Pee-wee’s Big Holiday is by no means a bad time to be had, it isn’t the same. It feels more like empty entertainment calories than a healthy filling entertainment meal. The edginess at the time isn’t quite there. It’s not as ludicrous as Pee-wee’s Playhouse most of the time or the many shows it inspired since then. Or maybe it might be and it just all seemed more ludicrous to me as a kid. In a way, however, Pee-wee’s latest outing is more queer.

Pee-wee’s sexuality is never brought up or called into question other than the fact that he’s assumed straight by all those around him while he never really confirms or denies this. He does have arguably romantic feelings for Joe Manganiello, and Joe feels the same towards Pee-wee. As I talked about in a previous column of mine, it’s very possible for someone to be homoromantic without being homosexual. The character of Pee-wee could easily be asexual. He certainly seems to be portrayed that way for the most part. It never really dawned on me in the past that Pee-wee could be asexual and homoromantic (or that could even be a thing until only the past few years in my life), but it does make sense and seems to fit the character.

Pee-wee was an important show for me, to be able to see someone like his character being portrayed on TV. Even if I didn’t quite get it all at the time or understand why exactly it was important to me, it all eventually came together. For that I’ll always be grateful for Pee-wee. Even though Pee-wee’s Big Holiday didn’t exactly make me feel like a kid all over again, maybe it’ll help another kid feel comfortable in their own skin like it did for me. And if nothing else, this new Pee-wee outing was just the kind of entertainment junk food I was craving.

Nothing else big came out on Netflix last weekend that a comic book loving nerd like myself should be watching, did it?