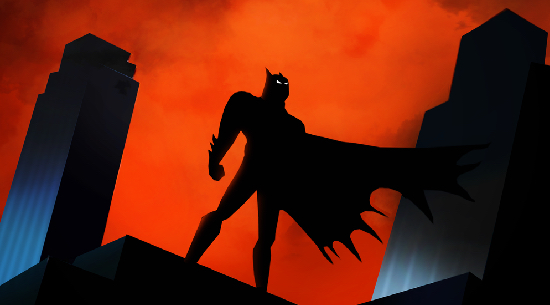 As we near the debut of Batman v. Superman: Dawn of Sepia Tones my mind races towards those pure gems of the Dark Knight that already exist in the ether of Animatia. Animatia is, of course, the fictitious country where all cartoons come from. Paul Dini is the dictator there – as he should be – and he rules with a dynamically drawn fist. And here, on this wonderful island, sit the tomes that built a generation of Bat-fans. Some (me) would say these tomes were truly the best generation of adaptations and explorations of Batman. I’d like to pontificate, ruminate, and extrapolate to you those episodes of Batman: The Animated Series (and The New Batman Adventures) that truly defined a cartoon legacy.

Of all the designs Bruce Timm would bring to light for the Dark Night, it was Two-Face who took the prize in my mind for the most striking. Up to that point I personally had no knowledge of Harvey Dent. Being introduced to him a mere five episodes earlier, I’d figured the Gotham DA to be the fastidious order in Bruce Wayne’s reenactment of Law & Order. With this chilling origin story though, Alan Burnett and Randy Rogel show a deeply scarred man come to terms with is inner demons made flesh. The fact that Batman was just a step or two behind the explosion that would lose him a great friend to villainy was the kind of mature punch I wasn’t expecting in a children’s program. Keep that in mind as we continue our journey.

Origin stories were B:TAS‘s most potent products of the series. While I could hit on so many points already listed with Two Face, here, it’s really the ending sequence of the second half of Clayface’s debut that earns it a spot on my all-time top ten. As Matt Hagen is confronted with a bank of TV’s mocking his present malleable form with the visage of a career’s worth of characters, he can no longer hold a single form. The muscle memory of his Clayface form jerks and contorts Hagen into a gloppy nightmare as a tenderized Batman seeks solace in the back of the bay. With no other option to stop the cacophony, Clayface electrocutes himself into unconsciousness – but not before he snarks to Batman that he would have killed for a death scene like the one he just performed. Natch.

Quentin Tarantino, eat your heart out! The key line here “And then I threw a rock at ‘im!”… “It was a big rock.”

Simply put, if you don’t find yourself disturbed at Poison Ivy’s children mutating into plant monsters, then there’s just no hope for you. Again we’re presented with a concept no kids’ cartoon would touch prior, or frankly, afterwards. Was it all in service to megalomaniac super-villainy? Sure. But when you see the carefully placed seeds of doubt – that Ivy might have actually wanted normalcy at some point in her prior life – then you know that behind the ass-kickery is an artful commentary on the biological desire to procreate.

While Mark Hamill’s Joker is the Joker of pop culture (in my opinion), it was the creation of Harley Quinn that deserves the recognition on my list. Here, amidst some obviously campy comedy, comes a deeper heart and message. That the broken Dr. Quinzelle still lingers somewhere beneath the makeup and madness. And while Mad Love would likely steal a spot on anyone else’s list, it’s the quick decent into villainy here that earns the episode my love. Harley truly tried to reform. But the universe had other plans.

Mr. Freeze is forced to turn Walt Disney into an immortal life himself. OK, it’s not actually Disney, but… yeah. The final image of Grant Walker frozen on the ocean floor for eternity is frozen in my mind for the sheer ironic terror it invokes.

I think it should be clear: most of my favorite moments from the show all curtail towards the mature. Such is life. Here, Robin (Tim Drake, now), is duped into saving a little girl afraid of her evil father. The dad? Clayface. The daughter? Just an extension of malleable mud, played perfectly by the former actor. Robin? Never the same again.

Look, I know I put another anthology on this list, but c’mon. Dini and his crew were able to capture the essence of Frank Miller, Dick Sprang, and Bill Finger in 22 minutes. That’s not just a novel approach to presentation. That’s a master class in adaptation.

Laren Bright, Michael Reaves, and Joe R. Lansdale deserve the highest kudos. We drop into the episode in medias res (yet another mature presentation choice, for kids cartoon show). Things feel off. Bruce Wayne’s life isn’t as it should be. He’s happily in a romantic relationship.  But the words in the paper are illegible. Confused, he stares out to the skyline. And Batman swings past him. The tension reaches a boiling point. And then, Thomas Wayne gently offers his hand to his adult son, Bruce, in comfort. The needle scratches on the record of the young minds watching. The Mad Hatter has captured the actual Batman in a dream machine, whilst he pilfers and plunders Gotham City. Before the dream can end (with Bruce Wayne pitching himself into oblivion), the Hatter appears. “I was willing to give you any life you wanted… Just so you’d stay out of mine!” Consider my mind blown, and my heart stolen for an amazing moment captured in celluloid.

* Please note: I figured I should finally title my article with a super link-baity trap like this to lure the unsuspecting and angry public to my musings. Suffice to say the list above represents just my opinion. If you don’t share that opinion, clearly, you are wrong and you should feel ashamed that you’d dare disagree with me.