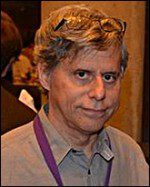 I hope this letters finds you well.

You and I have had our differences over the years but I still remember when I used to hang out in your office and just talk to you and all the swag you bestowed upon me.

Clearly our styles have clashed and the differences we’ve had have been huge.

Like it or not Paul, you and I have a shared history that history includes your absolute undeniable contribution to Milestone Media. Without Paul Levitz Milestone would not have ever existed. I recently said just that at the Milestone 20th anniversary panel at the San Diego Comic Con. You have taught me a lot Paul and like I said rather you like it or not you’ve been instrumental in a lot of my career.

When I first became President and CEO of Motown Animation & Filmworks you and I were talking at a San Diego Comic Con event when a drunk colorist I trained and arranged his first professional job, rolled up to me in front of you and started talking shit about how horrible a human being I was because I fired a friend of his off a project. I was right about to do something very un-CEO like and put my fist in his throat when you lightly touched my arm and said softly “Michael you’re a CEO now, you will always have a target on your back, let it go.”

I know I’m a bit of a pill Paul, but no more than Todd McFarland, Frank Miller, Harlan Ellison or scores of other artists who have over-the-top take-no-shit-personalities.

Love me or hate me, I’ve earned respect. How many people do you know have a magnet school auditorium named them, were named Mentor Of The Year by Mentor magazine, has 12 count them, 12 Michael Davis day proclamations from 12 different cities because of my work with kids and education, a PhD… and on top of all that I’m cute as a button.

You are who you are, one of the most influential people in comic book history if I hated your guts (which I don’t) I would still respect that. I don’t hate you, Paul. I miss you. I miss those Levitz talks, especially the ones that ended with me carrying out a huge Batman or Superman or Lobo statue.  All of which you’ve given me (when you liked me).

I’m super glad to see you are writing again. The Darkness Saga is on my top five ever-favorite story lines, the others being Watchmen, Dark Knight, Camelot 3000 and The Killing Joke. Paul, I’d like to invite you to my annual Comic Con party. We can sit down and swap Bob Wayne stories. I’ll tell you all about the time Bob took me dinner in Texas and how he continuously reminded me there were no black people within a-hundred miles. I wasn’t scared (much) it was all in good fun.

Again, I hope you and yours are well, call me, let’s do lunch, and bring some money so you can eat too. :-)