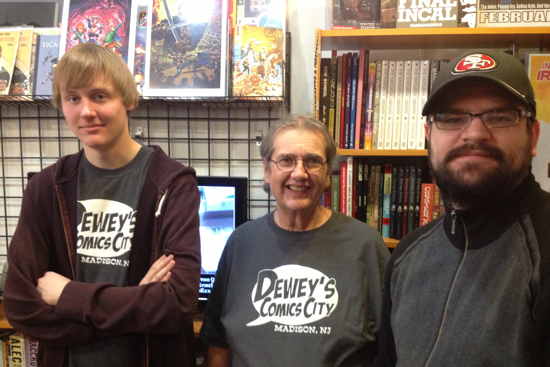 In his weekly New York Time column last week, the New York Times’ wine expert Eric Asimov wrote about how to pick a wine store. He stressed that if a person cared about wine and wanted to drink better and more confidently, the best thing one can do is to find a good wine store and then cultivate a good relationship with the staff.

There’s an enormous amount of choices for wine and good stores help consumers select and choose more wisely. They might do this with the way they arrange the wines, or with a friendly and knowledgeable staff or even through handwritten recommendations placed near the wine.

As I reach this wine column, I was drawing the inevitable parallels between wine stores and comics shops. Geek culture also offers such a diverse tapestry of choices. It can be difficult for fans and consumers to navigate through it all without a little curated help. So I reached out to a few smart geek friends to learn hear about their favorite comics shops. Here’s what they had to say:

First up is Dan Greenfield, the editor of the 13th Dimension. As a suburban guy who commutes into New York City, he had some interesting thoughts:

“The best stores are the ones that are clean and make you feel welcome. It’s a simple business approach, really: ‘Be a good store’,” said Dan. “Nobody wants to go into a creepy, grimy hovel, and nobody wants to be ridiculed for their choices. I really look forward to going to Midtown Comics’ Grand Central location on Wednesdays. There’s a real “Cheers” vibe. The staff is friendly, knowledgeable and really helpful. The place is brightly lit, too, which really does make a difference. I know a lot of the staff by name and they greet me when I come in. It’s great.”

“I might be spoiled by being in New York but there are more good stores than bad ones around here. There are plenty of choices. But I do know some of those old school, stereotypical stores are still out there. And I’m not knocking old-school stores per se. I love the classic, overstuffed comics shop but if the person behind the counter is gross, I’m never coming back. If they’re friendly, cool, helpful and well stocked, then I’m happy.”

Andrew Walsh is a life-long reader/collector and a regular at New York Comic Con – both as a fan and a professional. He’s often talked about his local comic shop, Comic Zone, and I asked him to elaborate on what makes this store in North Syracuse, N.Y. so popular. 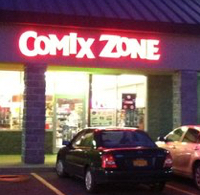 “Why do I love Comix Zone? First: the people,” said Andrew. “Greg the owner (for 25 years) is the coolest! Answers any email, any dumb question, orders all the wacky stuff I read (and that no one else reads). Always smiling, always chatty. Bend over backwards to find something for you, old or new.”

“The three dudes running the register have all been there for years and years. Each Wednesday, I feel very much like Norm, from Cheers. Everybody knows my name. They see me coming and have my weekly pulls already on the counter.”

“I’m always walking into the funnest ‘geek’ conversations. Employee vs. employee, or vs. customers. As you know, us geeks are opinionated, and like to share our opinions. These are conversations you can only have at a comic book store! The PTA meetings aren’t discussing pros and cons of the different Batman actors, and who was the best! (Ahem – Adam West, by the way.) The neighbors at our block party aren’t bashing 90’s Image comics (horrible). Only there, on Wednesday, is where all things nerd are passionately discussed!”

“Comix Zone is awesome at customer appreciation. Several times a year there is “The Big Sale!!” Any back issue priced at 6 bucks or less is 99 cents! And, anything over that is 1/2 off. Wow!! In today’s pricey comic book scene ($6 bucks for a copy of Dark Knight #3), you have to be choosey. I make a mental note of something that looks good, and then when “Big Sale” time comes around, I get there early and swoop them up. I’ve gotten some really good arcs on the cheap! And an even bigger Wow!! for holiday time. Black Friday is almost the same as “The BIG Sale”, except that everything under $6 is 49 cents!“ 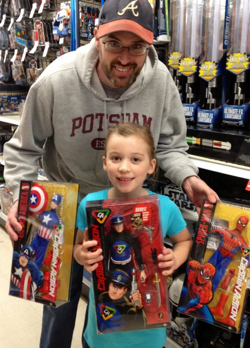 “Finally, for one more bout of customer appreciation, the “Weekend Before Christmas BIG Sale” rules. The first 100 people in line get grab bags of 30 bucks plus comics and posters. And ten of those sweet bags contain $100.00 gift certificates. I’ve been lucky to get one twice in the last three years. Boy do I feel appreciated!”

“The store is well lit, always clean, super organized. It has a great sound system, and big TV’s on the wall. I’ve walked in on Ghostbusters probably every three weeks. Raiders of the Lost Ark was on this week, “said Andrew. “Nothing inspires comic book commerce better than a John Williams soundtrack!”

Art Cloos is an educator with a passionate fan streak that runs a mile wide. He writes frequently about comics for Gemstone. Art is always a friendly and familiar face at the many tri-state area comic conventions.

“My standard by which I compare all other comic shops was the first comic book store I ever went to, Little Nemo’s in Forest Hills Queens NY (followed closely by the great Mike’s Comic Hut on Northern Blvd in Queens NY and which deserves a story all its own),” said Art.

“I remember it being near the corner of Ascan Avenue and Austin Street and later discovered Mike Carbonaro had a store right around the corner. This was probably in the mid 1970s when my dad drove me over there after he got home from work one day during the week (we lived in Flushing/Bayside at the time) after a lot of begging on my part.”

“I discovered it thru ads in Marvel Comics and not yet knowing about the Little Nemo comic strip thought the name was rather odd. I later learned that it was one of the earliest comic shops in the country but at that time I did not know that. For me it was the idea that there was a store devoted to just comics that really got the juices going for me and I had to get there and see it ‘live’.”

“In that tiny place I discovered more vintage comics, posters, and original art from the Golden, Silver and the at the time very new Bronze Age on the walls then I ever thought I would see in my entire life.

“It was as over whelming to me as going to my first Phil Seuling Comic Art Convention was in 1974. Of course it smelled like a comic shop with that great paper smell that vintage collectors love. Being a young kid I had no real money to spend but I remember buying something (I suspect a Detective Comics) and I remember the owner whose name I did not know then, Joe Parente, put away a Batman Annual for me on a shelf making the point (quite loudly too) that it would be there when next I could convince my dad to bring me back with money to spend.

“So when you ask me what makes a good comic shop I think Little Nemo recognizing that the comic shops of today probably cannot replicate the sense of wonder that people felt when they entered Nemo’s for the first time but which the best ones still try their best to emulate in some fashion. “ 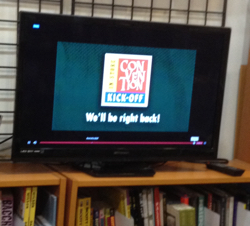 Last weekend saw a valiant effort in the many of the nation’s comic shops. The In-store Comic Convention was designed to be a comic convention in your local comic shop. Interviews and fun promotions were shown locally in participating stores.

I enjoyed the convention at Dewey’s Comic City, a great store in Madison, NJ. For over 20 years, local entrepreneur Dan Veltre has been making geek culture for fans – and this weekend was no exception. I look forward to more great events like this in the future.

And yes, aside from always-enjoyable wine tastings, I don’t thing wine shops have anything on these retailers.