Dennis O’Neil: Can You Teach Writers How To Write? 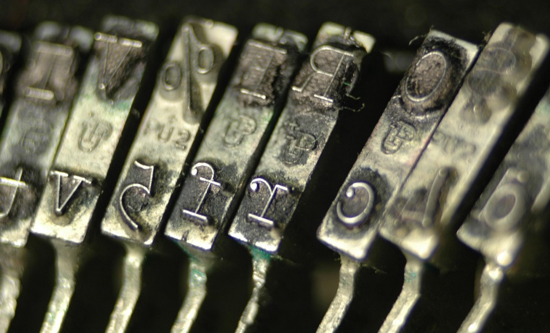 It was a pretty doggone swell affair, last Saturday night at the Garnerville Arts Center – the best kind of swell affair, the kind that doesn’t require abnormal behavior or unusual threads.

Remember Thoreau? “…beware of all enterprises that require new clothes…”?

Well, nobody needed to beware at Garnerville. But I think we all enjoyed ourselves.

After the program had ended, I was approached by a young woman carrying some papers. She said she wanted to be a writer and wondered if I had any advice for her. You scriveners out there may have heard similar questions a time or two.

How did you answer?

I’d really like to know. I’ve been fronting classes with titles like “Writing for Comics and Graphic Novels” off and on for more than twenty years and I hereby aver and proclaim that I have never, ever taught anyone to write.

I’m not sure anyone ever taught me to write, either. though I have an academic minor in “creative writing.” (You could look it up. St. Louis University, Arts and Sciences, Class of 1961.) What I did to earn this credential was, essentially, to take the same course six semesters in a row. We wannabe writers were required to produce a thousand words of (sparkling? awesome?) prose every week. The professor would choose one of us to to read our work aloud and when that person fell silent the rest of us critiqued. What else? Not much. I can remember only one bit of instruction and one assignment in all those hours of sitting at a table perusing typed pages or listening to familiar voices speaking unfamiliar sentences. All in all, not a bad way to pass an hour.

Any benefit there? Yes. The discipline of producing those thousand weekly words was, I think, useful. If you’re going to write for a living, and maybe if you’re not, you’re going to have to get chummy with deadlines. I think they have value in and of themselves, but whether they do or not, they’re a part of most writing lives. I’m glad I made their acquaintance early.

And what did we do to fulfill the thousand word requirement? Little bit of whatever. Short stories. Essays. A nun who was, I think, auditing the class read from a work-in-progress about her stay aboard a Japanese ship. Poetry? Maybe, a little, though verse would probably require fudging those thousand words. I do remember handing in a bunch of haiku one week – far from a thousand words worth – and not being scolded so I guess some fudging was okay. And one student began thinking he’d be a short story writer and has become, in the fine ripeness of maturity some of us are privileged to share – that means we didn’t croak early – has become a much-published poet. Don’t know if he fudged as an undergrad.

And here we are at the end, not having answered an implicit question: If I can’t teach writing, why did they pay me to teach writing?