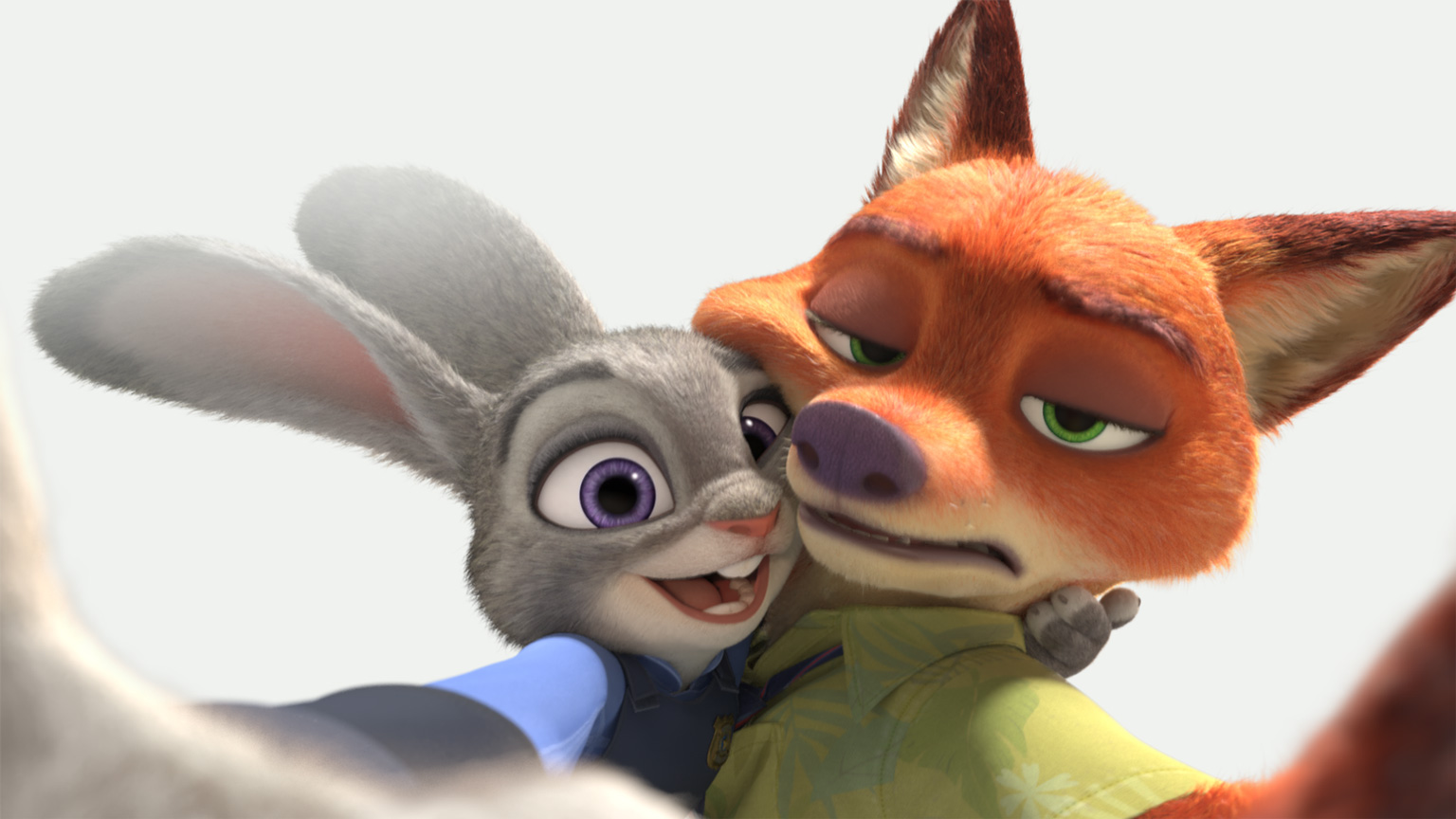 I’m sure everyone has the movie they watched almost every day when they were little. Mine was Ghostbusters and I’ve been wondering how much that was because I liked the movie (I still do) or because my parents had so much influence at that point in my life that they could essentially force me to like whatever they wanted. Maybe kids don’t work like that, but if they do I hope I can make mine like a movie like Zootopia. If I’m going to watch a movie untold hundreds of times out of a love-fueled obligation I hope it’s something as sweet, funny, and complex as Zootopia. If my future child instead prefers the work of Adam Sandler I hear you can abandon a kid at a fire station, no questions asked.

It’s tempting to say Zootopia is a non-traditional Disney effort but perhaps that’s not accurate anymore. The last Disney Animation (read: not Pixar) film was Big Hero 6 and we’re only three feature films removed from Wreck-It Ralph so maybe it’s the princess-style of movie that is becoming the aberration but this still seems so fresh. If you look back on the years Disney was struggling in this field it was because they weren’t taking enough risks. Although it might be helplessly naive to think a movie about talking animals (in a year where that is certainly the trend) co-directed by Byron Howard (responsible for Bolt and Tangled) and Rich Moore (Wreck-It Ralph) is all that risky.

Zootopia is a neo-noir cop drama and I’m not even kidding. Judy Hopps (Ginnifer Goodwin) is an idealistic young cop with no support from the system who teams with con man with a heart of gold Nick Wilde (Jason Bateman) to tackle a missing person case that exposes institutional corruption that goes straight to the very top of this nebulously defined animal society. It’s basically Chinatown with a bunch of cute animals. It isn’t the most complex mystery or anything but the mystery is never the most important part of a noir film, it’s about seeing the characters struggle. Zootopia is also an effective, hilarious, buddy comedy but who didn’t expect that from this team.

I’m proud of how well Zootopia handles the important real world issues without making them too blunt. Judy is the first rabbit member of the police force and no one trusts her because she’s a diversity hire, no one trusts Nick because he’s a fox and foxes are sneaky, predatory animals are a feared minority with an undercurrent of tension they could go “savage at any moment. All of these obviously share traits with things we experience all the time but they all resist being translated one-to-one with any groups, and it helps the story immensely because it lets it all feel more fictional. You could see any number of struggles in this film if you wanted to and it makes it a powerful teaching tool without feeling overwrought or too fixed in time. There are so many wonderful moments of quiet vulnerability in this area played fantastically by Goodwin and Bateman and I assume a small army of animation staff.

Zootopia was the kind of movie that was always going to have to earn its acclaim. The pitch line of “It’s about a world where animals walk around like humans and a bunny becomes a cop to team up with a fox” was never going to be exciting in the way “A video game bad guy decides he wants to be a good guy” is. Fortunately it’s a brilliant film; easily the equal of Wreck-It Ralph or Inside Out or whatever animated film has tickled your fancy this decade. The only problem Zootopia faces as it marches in to history is being lost in this exquisite renaissance of animated films we’ve lucked in to in recent years, and it might not be as commercially viable as Frozen or as daring as Big Hero 6. It deserves to be a treasured classic, and if I have to show it to my future child a thousand times to get it there, I will.