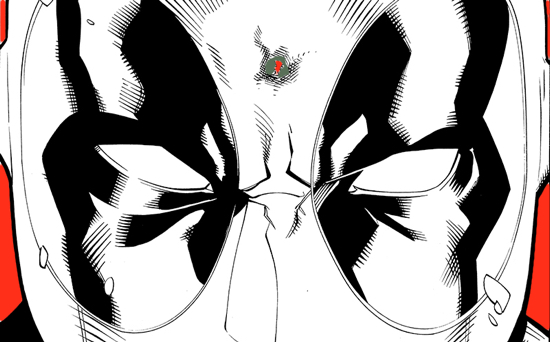 Back in 2010 and 2011 I was going through a bit of a hard time. For those who don’t know, I have a degenerative eye disease, keratoconus, which had at that time progressed to the point where it looked like my next step in attempting to retain my vision was going to have to be corneal transplant surgery. Fortunately, it turned out there was a less drastic option that would halt the degeneration I was experiencing. However, because that option was experimental it wasn’t covered by my health insurance, and was going to be very expensive.

In a demonstration of how wonderful the fandom community is, a number of friends convinced me that in a situation like this accepting assistance was not a bad idea, and then worked together to raise money to pay for the surgeries, primarily via a fandom auction (a fact I will never forget and for which I continue to feel blessed). It was a dramatic demonstration of how supportive the fandom community can be; and not only the fans, but also the creators, as several comics and literary professionals who learned of the auction or my situation contributed auction items or funds as well.

One of those creators is a wonderfully nice dude who also happens to be one of my favorite Deadpool and comics artists, Reilly Brown. I’ve been privileged to know Reilly since my first New York Comic Con in 2009 and can attest to the fact that he’s an all-around good guy who cares about the comics community and has occasionally done things like reviewing portfolios for free just to help new artists out. For the auction, he contributed this beautiful Deadpool piece along with a nice post asking for support for my situation, and it was a big help and really meant a lot to me.

Recently, Reilly’s had some really great things happen – getting to see a character he’s worked extensively on in his very own successful box office hit; seeing his co-creation Bob, Agent of HYDRA, show up in the Deadpool movie); starting work on a new Deadpool & Cable project; and most important, welcoming his adorable son William (seen here wearing a Deadpool hat to continue the theme) into the world.

Unfortunately, on February 13 (shockingly, not a Friday), one epically bad thing happened as well – a fire started in an apartment building near the one Reilly, his wife, and their new baby live in and quickly spread from building to building. Although no one was hurt (thank goodness!) and the fire itself didn’t reach their apartment, it did hit the apartment directly next door, and the resulting smoke permeated everything, including everything the Browns own. The water the firefighters used to quench the blaze also damaged their belongings.

Reilly writes about the experience here and notes that, although insurance will cover some of the damage, it will not be enough to assist with cleaning or replacing everything, or with moving expenses. Happily, he also includes several means by which you can assist him and his family in getting back on their feet, if you’d like to do so. Among them are purchasing original comics art he currently has for sale; contacting him via his website to commission an original piece; and purchasing a downloadable version of one or both of his sketchbooks for whatever amount you’d like to contribute.

From experience, I can tell you that when going through a hard time, every little bit helps; and knowing there are people out there rooting for you and wanting to help means a lot as well. In addition, lessening the financial worry for someone in difficulty makes it easier for them to bear the stress attendant on a bad situation. In my case, not having as much money stress, and knowing people were out there caring about my situation, made having to go through two surgeries and recovery periods more bearable. I can imagine that, likewise, whatever people might be able to contribute will help the Browns in dealing with the stress and daunting list of things to be done to get back to equilibrium after losing a large chunk of their belongings, as well as a settled place to live (not to mention dealing with all of that and taking care of an infant!).

So if you’re in the market for some really cool comics art, or if you can spare a little bit for a family who needs it (and are also wonderful people), please consider looking at the options Reilly has provided and giving your assistance. Let’s continue to be a great comics community that cares about and looks after its own.