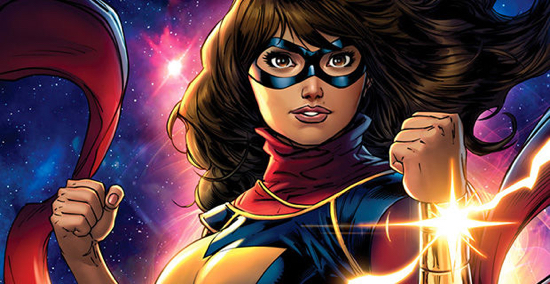 This past weekend, fellow ComicMix columnist Molly Jackson and I went to see Allegiance on Broadway starring Lea Salonga, Telly Leung and George Takei. Outside of both of us being Star Trek fans (Molly a much bigger Trekkie than I), history and political science is what I studied in college some years ago and the mistreatment of our own citizens during World War II was something I was interested in knowing more about. And something I hoped never to see discussed seriously in our political process during my lifetime. 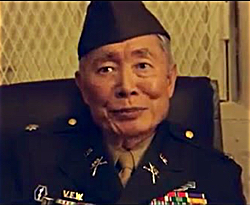 Having spent his early years in an American internment camp himself, George Takei has been very vocal and passionate about this performance. He has a will and drive to get this story out there, particularly during this political season where echoes of our past sins are arguably louder than ever. The loudest of which is four time bankrupt real estate mogul turned reality star turned politician Donald Trump.

Mr. Takei is so insistent on getting the story about Japanese internment camps out there to people who would once again call for this solution to our troubles overseas that he offers up a seat to Donald Trump every show. Yes, this is a political point. Yes, Donald Trump wouldn’t take George Takei up on this for a multitude of reasons. Yes, it’s free advertising for the show. If you can parse through all the partisan muck here, you do find a point. The point being that we need to evaluate the decisions of the past, the cost of the decisions we made as a country, and see if it’s worth it to do the same thing all over again 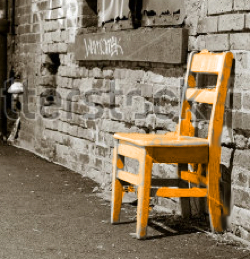 One would hope that if someone did fully understand the gross injustices, human rights violations, and disgusting subhuman treatment that we exposed tens of thousand of our own citizens to for no fault of their own that any reasonable person would not want to push for that decision to be made again.

However, we are seeing people on the right running for president echoing these ideas and people responding to them. We’re also hearing people on the left call for a return to a Democratic party like FDR envisioned while conveniently leaving out not only the internment camps but his efforts to pack to the Supreme Court, the creation of the atomic bomb… just to name a few examples. It’s a bit distressing.

Not to Marvel CEO Ike Perlmutter, who gave a million dollars to Donald Trump’s Veterans’ fundraiser. Yes, it wasn’t exactly money to Trump’s campaign, but the billionaire presidential candidate isn’t exactly strapped for cash, and if Perlmutter wanted to donate money to Veterans he could have done so much more easily and in a nonpartisan type fashion. He deliberately chose not to do so, and to give money to Trump in a way that made Marvel’s CEO a very public supporter of Trump’s candidacy.

Ike Perlmutter is not a stranger to controversy. He’s infamously made racist and sexist comments in the past that have been well-reported. And backing Trump adds xenophobia to the list. Publicly supporting a man who wants to bar all Muslims from entering the country while Marvel is trying to push and support the first high profile Muslim superhero, Kamala Khan as Ms. Marvel, is certainly at odds with each other.

Last week I talked about how I try to avoid boycotting. Right now, I’m somewhat conflicted. Writer G. Willow Wilson, who was instrumental in the creation of the Kamala Khan, is a bit conflicted herself on this. It’s a tough thing to think about. On the one hand, your money (though indirectly) is going to a person like Ike Perlmutter who may help elect someone like Donald Trump. On the other hand, we might see books getting cancelled and the comics division get consolidated before it even gets to a point of affecting someone like Perlmutter. Marvel has gone through serious consolidation in the past though, at the hands of Perlmutter, without even the threat of a boycott.

I said “might see books getting cancelled” before because a boycott isn’t necessarily a long term campaign. Look at what happened with Chik-fil-a over funding anti-LGBT campaigns. That was bad PR from them. The whole situation ended up with Chik-fil-a seeing its sales actually go up from the controversy, but did eventually end with them deciding to move away from anti-LGBT causes. It didn’t take too long and the business still thrives.

The same could be true of Marvel. If we don’t stay quiet on this and we yell as loud as the likes of Donald Trump, maybe Marvel will want to make a change or feel compelled to do so. A change like pushing Ike Perlmutter out of the company. Or maybe it’ll even push Marvel to focus more on diversity and new ideas to compensate for people like Ike Perlmutter and the bad press surrounding him.

We need to take a long hard look at ourselves and our world. Is supporting anti-Muslim rhetoric something we are okay with being a part of, no matter how direct? Even if only a penny of my money or our money went towards that, is it okay? Does creating a positive Muslim superhero role model, Kamala Khan, make it better? Will that positive Muslim superhero role model make it better if government officials come and take tens of thousands of Muslims from our communities? What if they only take hundreds? What if they only take dozens? What if only one innocent life was ruined by the support of xenophobic politicians bolstered by the money and public support of one of the biggest and most successful franchises in the history of the world? Will we wave our Ms. Marvel comics at those being lined up and taken away and tell them we tried? What about the fate of the millions of undocumented immigrants that have been threatened to be rounded up and shipped out? Will we wave our Captain America comics and tell them that our nostalgia and fuzzy feelings were more important to us than basic human rights and dignity for all?

And beyond Marvel, what about the other items we purchase, food we eat, energy sources we consume, where does all of that come from? How does it come about? Where does it go? Do we care? Should we care? Could we handle it even if we wanted to?

Either way and no matter what, if enough people speak out Marvel will have to take more responsibility and speak up. If we don’t give them a pass they’ll have to evaluate the decisions of the past, the cost of the decisions they’ve made, and see if it’s worth it to do the same thing all over again. I hope we’ll see that the people involved will have learned from these missteps, but if seeing Allegiance with Donald Trump’s consistently empty seat prevalent this past weekend has taught me anything, it’s that I shouldn’t count on that.