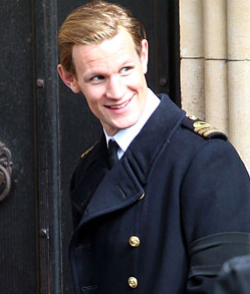 Before I get to the heart of my column today, I just wanted to mention that if you’re jonesing for Matt Smith, may I suggest The Crown, the new Netflix original series, about Queen Elizabeth. No, not the red-headed daughter of Anne Boleyn and Henry Tudor (a.k.a. Henry VIII) whose story has been told numerous times on both small and big screens, but Queen Elizabeth II, the current English monarch whose reign is at 62 years and counting.

The erstwhile titular star of Doctor Who plays Prince Philip Mountbatten, Duke of Edinburgh, who married Elizabeth in 1947 after officially giving up his royal relationship to the Greek and Danish royal families and becoming a naturalized British citizen. I have never been a fan of Prince Philip – he has always seemed to me to be the epitome of the “ruling class,” cold, distant, and without empathy or sympathy for us working slobs. In fact, I’ve often wondered just what the hell Elizabeth Windsor ever saw in him. However, as played by Matt – at least so far, I’ve only seen the first two episodes (before King George’s death from cancer, though he is already terminally ill) and concentrating on the young royal couple’s carefree life – the young Philip is sexy, athletic, incredibly handsome, loving, and an all-around great guy. He even takes over the renovating of Clarence House.

And attention Matt Smith fans! He has an adorable butt, as seen in a bedroom scene… and according to the RadioTimes website, more are coming! Quoting from the article:

“The British actor – who stars alongside [Claire] Foy in Peter Morgan’s lavish tale of Queen Elizabeth II’s early years – bares his backside in the occasional bedroom scene, but not for the reasons one might expect.

“’A crucial thing is that Philip sleeps naked. That’s a fact. That was something that we found out… They weren’t put in – it’s just the fact that there are bed scenes. And what do you do, put Philip in a pair of [sic] pyjamas? That’s not right for the character.’ Smith joked that the scenes were ‘actually the best bit of acting I did in the whole series. No word of a lie. It was my most truthful moment.’”

As I said, I’ve only seen the first two episodes – the only reason I stopped was that it was getting really late and my eyelids were growing heavy – but so far, so good. (By the way, an added bonus is watching John Lithgow as the once and re-elected Prime Minister Winston Churchill.) So if you needing your Matt Smith fix, or just really missing Downton Abbey – I’ve been rebinging on the Crawley family, and now that I think of it, my guess is that they would all be still alive in 1947. Well, maybe except for the Dowager Countess Violet, but I wouldn’t really be surprised if that redoubtable woman spit in the face of death – go stream The Crown. 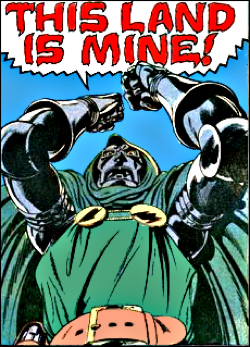 We interrupt this column for your columnist to watch the last 1:43 seconds of the Giants-Eagles game. Score is Giants 28, Eagles 23. Both teams are 4-3. Eagles just intercepted, in easy field goal range, but the Eagles are going for it. (They are now on the Giants’ 17-yard line.) Third down and ten. Now fourth and ten. Timeout – clock reset 10 seconds, now 1:28 left. Fourth down conversions for Eagles today is 1 for 3. Eagles quarterback Wentz throw a pass into the end zone to Eagles wide receiver Matthews. No good!!!!!!!! The Giants hang on to win!!!!!! <snikt>

As I was saying…

Tomorrow is Election Day. As I posted to Mary Mitchell, John Ostrander’s talented and lovely wife – I am absolutely terrified that he will win. And I have never been scared of the “other” candidate winning. Sad? Yes. Concerned? Yes. But never terrified.

For the record, while I am a registered Democrat – I became one back in 2008 so I could vote for Obama in the primary here in New Jersey – and while I do believe that the Republican Party has, since the election of Bill Clinton, completed its morphication into the Repugnantican Party, as those who follow me and/or on Facebook know – it might interest you to know that I have voted the Republican ticket before: for Tom Kean and Christie Whitman as New Jersey governors in their respective races, and, most notably, you will all drop dead with surprise now, for George H. W. “Pappy” Bush as President in his (first) 1988 campaign. (Unlike waaaaay too many Americans, I also consider foreign policy when choosing my Presidents, and as Director of the CIA, “Pappy” had the inside track; there’s a reason we didn’t go all the way into Baghdad in the Gulf War, and George H. W. Bush knew it and got it, i.e., the balance of power sometimes makes ugly bedfellows. See Roosevelt, Churchill, and Stalin in WW II for reference. Or if it’s too much work for you to do a little historical research, just look what’s happened in the Middle East since Bush, Jr. took out Saddam.) Besides, Barbara Bush is pro-choice, and I have always suspected that her husband is, too, even if it has not been politically expedient for him to say so.

So why am I so terrified of a President Trump? Let me put into comic book terms:

I would rather have Lex Luthor as President than Donald Trump. Why? Because Lex Luthor, archenemy of Superman, is smart. Trump is not.

I would vote for Wilson Fisk before I could ever vote for Donald Trump. Why? Because Wilson Fisk, archenemy of Daredevil, loves his woman beyond himself. Trump is a man whose women are only reflections of his own narcissism.

I would vote for Doctor Doom before I could ever vote for Donald Trump. Why? Because Doctor Doom, archenemy of the Fantastic Four, loves his country, Latveria. Trump does not love the United States; he loves Amerika.

Do you want a taste of Trump’s Amerika?

Here is the transcript of what President Obama said to the crowds attending his rally for Hillary Clinton on Friday night in Fayetteville, North Carolina as he was interrupted by a Trump supporter; the crowd was loudly booing and getting riled up:

“Hey! Listen up! I told you to be focused, and you’re not focused right now. Listen to what I’m saying. Hold up. Hold up! Hold up! Hold up! Everybody sit down, and be quiet for a second… First of all, we live in a country that respects free speech. Second of all, it looks like maybe he might’ve served in our military and we got to respect that. Third of all, he was elderly and we got to respect our elders. And fourth of all, don’t boo, vote.”

And here is what Trump told his supporters about the incident at his campaign rally in Hershey, Pennsylvania: