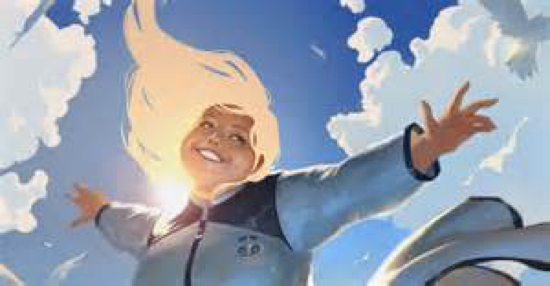 In the past, many writers on this site, myself included, have written columns shining a light on the abused state of minority characters at the Big Two. While I agree with everything said, I think that we have left out the very important point of creating new characters. For the past decade or so, it’s felt like more of a rehashing of characters than creating. C’mon, when was the last time you thought of Marvel as the “House of Ideas” without being sarcastic?

In the last couple of weeks we’ve seen aggravating comic announcement from the Big Two. DC Comics is doing what seems like another reboot called Rebirth. This is rumored to bring the comics in sync with the movies and TV shows. Marvel revealed that they are doing another repeat event with Civil War II. All I can do is sigh.

If we want to see more diverse characters in comics, they will need to be created. New heroes and new villains to fill the diversity void. Yes, I want diverse villains. I need someone like me to be evil.

In fairness, Marvel has done some of that with the creation of Kamila Khan, a.k.a. the new Ms. Marvel. She is a great addition to their universe and her creation proves the whole argument about diverse comic company staffs. That series was heralded as a great change for Marvel but it seems to start and end there. Even in Battleworld, their latest event, Ms. Marvel does not fare well.

I understand the desire to use a large stable of artists rather than create. It means that they can avoid the trap of paying royalties to the creators while still swapping in and out lesser used characters. However, the comics are suffering in a major way. Stories are being retold over and over, rather than creating new ones. Creators are saving their very best for their creator-owned titles, but those are not getting the notice like books from DC and Marvel. Rather than innovate, they have chosen to focus on their entertainment properties because they represent a bigger financial growth. However, this will just hurt them in the long-term.

At this point, I feel obligated to point out that today Faith #1 is coming out from Valiant. Faith is an overweight female superhero, which is a unique change in a few ways. While Valiant has driven us all mad with the almost 12 months of promoting the limited series event, it is about an overweight female superhero. While most of you might be shaking your heads that this isn’t needed, there are plenty of overweight women (myself included) that are excited about it. But even more, I’m hoping that this book is encouraging to that comic reading high school girl who has body image issues. Seeing anyone overweight taken seriously, especially at that age, can make a real and positive impact. I haven’t read it yet (because I am speaking to you from the past! Ooooh, Time Travel!), but I am excited and hopeful that Valiant made a great stride here.

There are some great characters at the Big Two. Characters that I love and respect with all my heart. But the world is a changing and growing place, and the heroes we have are not necessarily the heroes we need. We need new heroes to represent the new world we live in: where racial and religious divides still threaten our communities; where gender and sexual orientation are still judged too harshly; and where we, as a global community, have started standing up against the hate to make these changes happen.

When anything fails to create, innovate and change, it begins to die. Hopefully Marvel and DC realize this before it is too late.