The Law Is A Ass #410: Captain Marvel and I Indulge in Conspiracy Theories 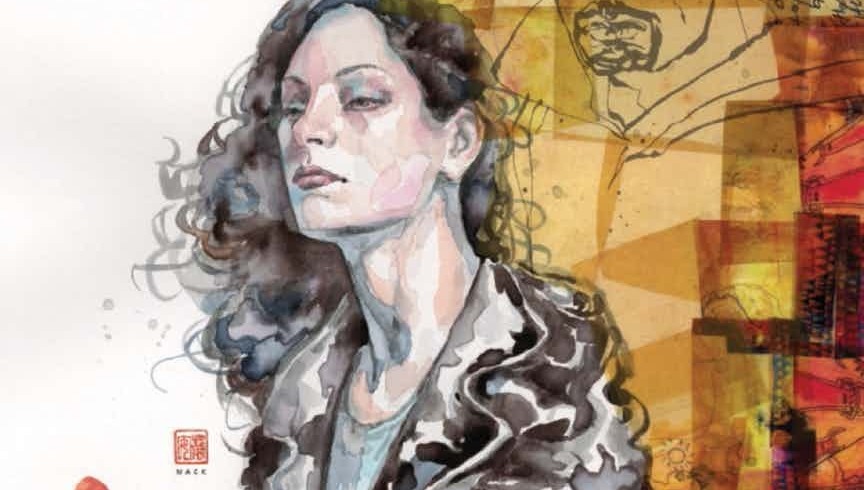 I’ve never lied to you.

And now that I’ve cleared my conscience, let’s get this over with.

Alison Green was one of the people that the Inhuman Ulysses Cain predicted was going to commit crimes. Which made her one of the people Captain Marvel arrested before they committed the crimes and threw into a preventative justice prison so that they couldn’t commit their future crimes. Unfortunately, Alison wasn’t going to commit a crime. Ulysses was as wrong about Allison as that soothsayer was about the Powerball numbers she gave me last week. And Captain Marvel was even more wrong to arrest Alison than she had been in arresting all the other people she was wrong to arrest.

Alison created an anti-super hero organization. Captain Marvel and Jessica Jones tricked Alison into believing Jessica Jones was disgraced so Alison would recruit Jessica into the organization. Which Alison did and got stung worse than Doyle Lonnegan after stepping on a hornet’s nest. Jessica helped Alison capture Captain Marvel, Then, when Alison thought she had the upper hand, she showed she had what it takes to be a comic-book villain; she went into full-blown monologue mode and revealed her master plan. Which was to kill the Champions in a way that would foster a huge anti-hero backlash and end the age of the super hero forever. (End the age of the super hero? I don’t think Disney pictures would like that very much.)

Conspiracy has three basic elements. First, two or more people have to be involved. Second, they have plan together to commit a crime. Third, at least one of them has to commit some overt act in furtherance of the conspiracy.

Let’s take those one at a time. If only one person is involved, there’s no conspiracy. No one can conspire with him or herself. Even if all three faces of Eve agreed to commit the crime, that’s not a conspiracy because there’s only one Eve. And conspiracy is all about Eve and someone else planning a crime.

Second, the two or more people have to create a plan to commit a crime. They don’t all have to commit the crime. Even if only person commits the actual crime, as long as two or more of people planned the crime, they’d all be guilty of conspiracy. That’s two defendants for the price of one, what a bargain!

Third, at least one of the conspirators has to commit some overt act in furtherance of the conspiracy. If Bonnie and Clyde create a plan to rob the Commerce Bank in Beverly Hills then go to sleep so they can get a fresh start in the morning, they have not committed a conspiracy yet. However as soon as they do something else – drive to the bank, steal the getaway car, kidnap Sonny Drysdale  to use as leverage against the bank president – they’ve completed the crime of conspiracy. It doesn’t even matter that they haven’t actually robbed the bank yet. By making the plan and then doing an overt act in furtherance of the plan they committed conspiracy, even if they never accomplish their ultimate objective.

So did Alison conspire to commit murder? Well, first we’d have to know did Alison make her plan to kill the Champions with one or more people? And, if so, with which people? If the only person Alison made her plans with was Jennifer Jones, then there can be no conspiracy. Jennifer wasn’t really part of the conspiracy, she was an undercover government operative. Traditionally, when the only other party to a conspiracy is a government operative, then two or more people aren’t agreeing to commit a crime. One plans to commit the crime, the other is just pretending as part of the undercover sting and we’re back to the a person can’t conspire with him or herself rule. Recently, some states and the Model Penal Code have started to move away from this position and allow conspiracy convictions when the co-conspirators are government agents, because the criminal thinks he or she has entered a conspiracy.

So if New York allows conspiracies with undercover police of if Alison made her plans with anyone in her organization other than Jessica, then the first element of the conspiracy is met. She probably did, but we weren’t given enough information in the story to know this for sure.

Third element, did any of the conspirators commit any overt act in furtherance of the plan to kill the Champions? We don’t know. We do know they were supposed to carry out the plan later that same night, so it’s likely that somebody had done something, because time was a wastin’ but the law doesn’t allow us to assume the existence of an element. So I can’t say for sure that anyone did an overt act or that Alison is guilty of conspiracy.

Sure Captain Marvel said Alison committed conspiracy. But let’s face it, Captain Marvel’s grasp of the law is about as firm as if she were noodling for mercury. While wearing a catcher’s mitt on both hands.

Now while I may not be able to tell you whether Alison’s guilty of conspiracy to commit murder, I can tell you this; I just checked my pile of write-about-these-someday comics and there isn’t one of them that’s connected to Civil War II. So I should be done with it. Unless Marvel’s got some new story coming up that connects back to Civil War II. And I don’t think they do. Civil War II is so last year. This year Marvel’s too busy secreting Secret Empire stories.