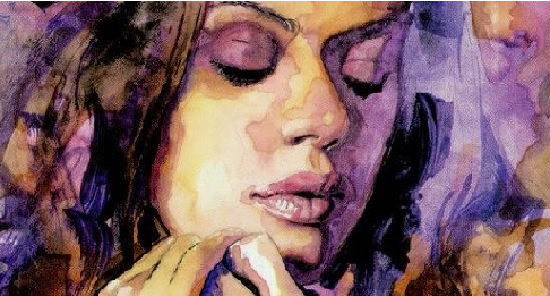 Jessica Jones is the next up in Marvel’s series of Netflix TV shows, and I am beyond excited for it. I was excited for Daredevil, I loved Daredevil, I am excited that there’s going to be more Daredevil; but if possible, I think I may be more excited to see Jessica Jones than I was even to see Vincent D’Onofrio playing the Kingpin. Why? I’ll tell you why.

Jessica Jones is an odd duck in the Marvel universe. When the story opens, she’s not a hero (anymore) and she’s not a villain. She’s tried the hero thing, and has now made the choice to walk away from it. She’s had a horrific traumatic experience, and is now trying to live life on her own terms. In fact, she’s pretty much the Harry Dresden of NYC (without the male gaze and other weird holdovers from the early Dresden Files books. Sorry, Jim Butcher; I’m a huge Dresden fan, but those early stories have a few issues).

Like Harry, she comes from a tortured past of literal manipulation and has major trust issues; wields a ton of power; and because of her abilities, keeps getting sucked in, no matter whether it’s what she wants or not, to the greater world of the super-powered heroes and villains. And also like Harry, her past, her powers, and her present issues often make her life a big ol’ mess; and have given her some serious attitude.  I love the complexities and rough edges of her character; and I love that Marvel appears to be presenting a three-dimensional, imperfect (and therefore human and relatable) woman as the second headlining female in the Marvel Cinematic Universe, following on the excellent and nuanced performance of Hayley Atwell as Agent Carter. Jessica Jones is a no-nonsense badass with a rebellious streak and (well-founded) control issues, and she’s not trying to make friends; but she also has a heart that is still looking to do good.

This is illustrated in the Netflix tie-in comic that I picked up at NYCC. Written by Brian Michael Bendis, with art by Michael Gaydos (the same writer and artist team who did the original 28-issue comics series), the comic references Daredevil’s run-in with Turk in the Daredevil Netflix series, and shows Jessica Jones tracking Turk down; but not to inflict Daredevil-style justice on him. Instead, she’s there to collect on child support payments that he owes. As she says, “I don’t know what messed-up house you grew up in that made you think it’s okay to be the way you are; but you brought kids into this world, and if you can’t be there for them like a grown-up, the least you can do, I mean the very least, is provide for them; so that maybe the cycle of nonsense that created you stops with you.”

It’s an interesting sentiment to punch home in the tie-in introductory book; and it emphasizes that in Jones’ world, a) your past doesn’t provide an excuse for you not to try to fix your future (something she’s dealing with herself); and b) what she cares about are the individual responsibilities and characters of the people she deals with.

Although I confess I am not deep into the lore of Jones in the comics (I haven’t explored too far into the MAX line, although of course I have all the Deadpool stuff), from what I know the original series also took this track of being more personal and less grandiose, so it seems Netflix is sticking with the flavor of the source material, which is great. Netflix is also sticking with the gritty, intense feel of the MAX line of comics. The show’s trailers continue in the dark vein of Daredevil, and Krysten Ritter has so far done an excellent job of conveying Jessica’s complex character in the trailers. It’s clear from her portrayal that this character’s story is deep, and messy, and complicated; and that makes for good TV. This is the kind of character I can’t help but want to see more of.

Netflix also looks to be delving into even darker, more disturbing territory than Daredevil with the introduction of Jessica’s nemesis, Killgrave (the Purple Man in the comics), played by David Tennant (who is always good value, as the Brits say, so I’m looking forward to seeing him in this). Although I don’t know all of the indignities Jones suffered at the hands of Killgrave, even the thought of someone having the power to manipulate one’s behavior is chilling, and the hints of her past in the trailers are über creepy; so I’m sure what we’ll see in the show will be pretty terrifying. And I like that, as with the Kingpin, the villain here didn’t start out as e.g. an all-powerful god of mischief, or the ruler of his own little country. He did, however, start out as a spy, so it will be interesting to see what they might do with that in the show.

It will also be cool to see how Luke Cage (played by Mike Colter) starts to fit into the Netflix/Marvel universe. He’s the next character slated to have his own show, and he appears in the Jessica Jones trailers and is listed as appearing in all episodes. Given that Jones and Cage have both a working and a romantic relationship in the comics, it makes sense to introduce him here; but I’m curious to see how he fits while she is the main character; and to what extent she will then be appearing in his series. Regardless, in the brief appearances I’ve seen so far, I’m liking the character.

The bottom line as we ramp up to Jessica Jones is that it looks like we’re in for an intense, chilling, suspenseful, intricate story enveloping a character with a fascinating tale to be told, possibly set as an investigative procedural; and I really love investigative procedurals. It also looks like Netflix is going to continue its strong start with Daredevil as we move into round 2 before going on to Luke Cage, Iron Fist, and finally, The Defenders. It’s an ambitious undertaking, but it seems that Marvel’s idea of tying this string of shows into each other and then into an ensemble cast affair may just turn out to be as awesome in reality as it sounds in concept. And on that note; when Jessica Jones rolls around on November 20, I am so. There.