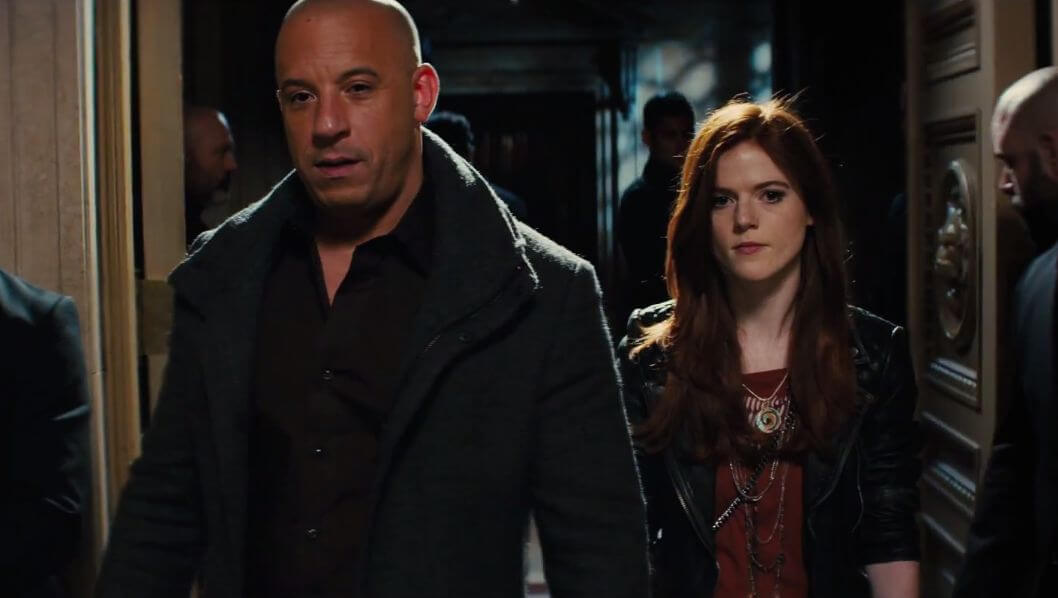 The most painful thing about The Last Witch Hunter is how clear it is that Vin Diesel is passionate about the material and is having an amazing time. Almost every profile piece I’ve ever read on Diesel has mentioned his love of Dungeons & Dragons, or that he wrote the introduction for their 30th anniversary retrospective book, or that his character in xXx had a tattoo with the name of his D&D character on his stomach; his nerd credentials are beyond reproach and they’re on full display in this film. Unfortunately instead of turning that knowledge and experience in to a quality fantasy movie, we’re given a film that is about as interesting as listening to the guy behind you in line for Star Wars tell you stories about how amazing his character is in his buddy’s D&D game.

The Last Witch Hunter suffers immensely from a lack of stakes. It features an immortal badass killer, Kaulder, who not only can’t die but any injury he suffers heals instantly Wolverine-style. All of the supporting characters are seemingly introduced immediately before being put in peril so you have to really bond with them quickly to feel anything at all for them. Michael Caine, the only actor in the cast capable enough to overcome this script problem, is imperiled off-screen and is afflicted with some kind of curse that is barely explained nonsense seemingly designed so they could have their emotional moment but still bring Caine back for the sequel. Things ramp up dramatically toward the end of the movie when they strip Kaulder of his immortality and directly imperil the entire world or maybe just New York City (and honestly is there even a difference) but by then I was just too far-gone to care.

Reportedly, this script came about from Vin Diesel telling one of the screenwriters about one of his Dungeons & Dragons characters. While I’m not sure any movie should come about through a story like that, it makes his investment in this movie palpable. He believes in his character and every silly nonsense word that comes out of his mouth. In a weird way, it’s one of my favorite performances of his career because he’s trying to put this movie on his back and just make it better through sheer force of acting. Diesel isn’t on that rare level where he can make a movie better just by trying harder, but I can appreciate that effort even if it isn’t quite enough.

There isn’t enough original stuff in this movie to make it feel worth the time and effort of making it. Fantasy is so well trod these days there’s nothing in the flashback scenes that I haven’t seen in Game of Thrones, or Lord of the Rings, or even How to Train Your Dragon. The contemporary stuff at its very best feels like a slightly reskinned version of Men in Black and at worst like an episode of Charmed. I sort of liked their take on a bar for witches (even if that’s not exactly new ground) but my enthusiasm was dashed when the place is destroyed within five minutes of being introduced on screen. Nothing feels like a fresh take, or a new use of metaphor, or a deeper look at a theme, it’s just recycling stuff we’ve seen and hoping the new arrangement proves compelling and it doesn’t.

I often complain about movies feeling too compact or too drawn out, and The Last Witch Hunter is in a strange limbo in between. Everything feels too rushed and there isn’t any space for the story to breathe or for the characters to reveal themselves to us, but also I left that 106-minute movie convinced it had been two and a half hours long. It might be an impossible task to make this a compelling film narrative. This is a story that would work much better in a novel: it would have proper space to build, internal monologues could make exposition a little less clunky, and the stakes could be more clearly defined.

Unfortunately, I don’t think I would want to read that novel either.