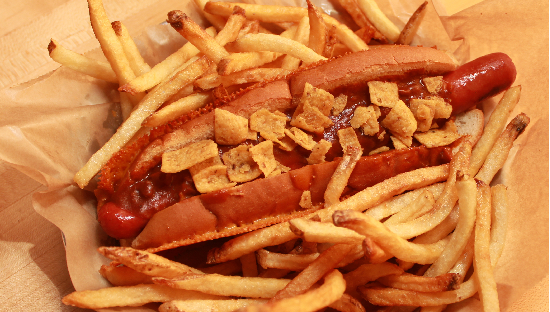 As directed, indirectly, by EIC Mike Gold earlier this week, I’m here to report back on my experiences last week at the illustrious New York Comic Con. Let’s cut to the chase… It sucked.

Now, that’s an over simplification with a massive asterisk by it, hence I’ve got a bit of mental baggage to unpack here. Luckily that means my column this week will be more than three sentences long. Or maybe that’s unlucky, in case you’re forced to read my column every week. And in that case… Fly, you fools!

The basic gist you need to understand is this: my anecdotal feelings about a show are trumped by the data. In that respect I’m a Moneyball kind of comic book creator. Each show for me and my Unshaven cohorts is a collection of potential sales opportunities. Beyond anything else, I personally derive my opinion on a show first and foremost by the number of books we sell, and the ratio by which we “close” on potential customers.

By all accounts, Unshaven Comics has always grown a minimum of 10% in sales over the year prior – when comparing a show to which we return. We attended the NYCC for the first time in 2013 and sold a record 527 books. We were elated… until 2014, when NYCC netted us 738. This year, we saw only 536 books moved. And this stands in the face of ReedPop blowing the doors out with record attendance. So, never mind all the feelings we may or may not have had… the show sucked for us. As well should any show we attend wherein we don’t see a gain in sales.

But as I said: there’s a big ol’ asterisk there.

In terms of our closing ratio, we’re right on the money. A total of 835 heard our pitch. Oh, what pitch? Can I tell you about our comic book? Awesome! It’s call the Samurnauts. It’s about a team of Samurai-Astronauts, led by an immortal Kung-Fu monkey… saving humanity from zombie-cyborg space pirates! As you can see, this is a full-color, 36-page book. We’re selling them here at the show for just $5 today. And for everyone who picks it up here… you’ll get it signed by the entire creative team that worked on it. So… would you like to give it a try? As I was saying, 835 people heard that. 339 of them bought. That means roughly 39% of the people who dropped by our table walked away a satisfied customer. That stat is consistent with the data from 2014, which in turn makes selling fewer books sting a bit less.

Beyond the hard numbers comes the exploration of why. The primary reason: Location, location, location. Due to circumstances I’d rather not detail here, we lost our booth space we’d held in 2014. We were moved to a corner spot an aisle back, in the furthest back portion of a row kitty-corner to the lone deadspot on the show floor. And make no bones about that; in each of our Unshaven jaunts into the show floor (for lunch, to visit a friend, to make purchases for our friends and families), we each reported back that literally the entirety of the show floor was shoulder-to-shoulder shuffling save only for the area directly adjacent to our booth. That fans were using it as a spot to catch a seat, recharge phones, or just loiter added to the complacent nature of our business dealings. This was in direct opposition to 2014, where we’d enjoyed essentially a never-ending tide of passing potential customers.

Outside of real estate issues, I’m also a pragmatist. We didn’t reach our production goals to bring the completion of our mini-series, The Curse of the Dreadnuts, to the show. We essentially walked in with nothing new save for a pair of new posters, and new stickers. I will step out on a tangent quickly to note: Rick and Morty is a damn popular show, and if we’d read my article from a few weeks back I would be sitting here proclaiming the show to be a boon due to epic poster sales. But as I’d lamented then as I reiterate now: I’m in the business of moving comics for better or worse. This year, it was worse.

But all that aside, the show is as it ever was: the largest and grandest show Unshaven Comics attends every year. The fans that stop are energetic and passionate. The cosplay is astounding (Hulk Buster, much?), and everything that surrounds the show is fun to be around. The Javits Center is decked to the gills with sights and sounds that showcase our ever-expanding worlds. The people walking in the door are from dozens of countries, all sharing in the same experiences and loves. And for those discovering we indie folk, well, they are the best kind of explorers to us. Outside the day-to-day, Unshaven Comics is also privy to staying at the wonderful Casa Del Hauman, which grants us a feeling of security otherwise unfounded in a city that offers up the Port Authority Bus Terminal. We even made our way to Brooklyn for a barbeque meal so astounding, I’m honestly afraid of writing more about it because Editor Gold wasn’t there to share in what will stand as the single best plate of Q to which I’ve ever been privy. But I – as I ever shall be known to do – digress.

So, the New York Comic Con was basically a bust for us. But we live, we learn, we improve. Come 2016 we’ll return to the show with two new books, a slew of new prints and merchandise, and hopefully a better booth from which to sell said merch. We’ll find those friends who didn’t come by to say hi (Alan Kistler, Emily Whitten, and Mindy Newell… I’m looking at you!).

We’ll do as we’ve always done: Take a bite out of the big apple, and remind ourselves that we’ll always prefer Chicago hot dogs to those lousy rot-water Sabretts. Natch.