Mindy Newell: Look! Up In The Sky!

I am so very tired of it.

Separately, country music icon Tim McGraw decided to do a benefit concert for the Sandy Hook Promise charity and suddenly he became persona non grata to the gun lobby while others call for his records to be banned.

Separately, political hack Peter Schweizer was a consultant for Sarah Palin when she was John McCain’s running mate in the 2008 Presidential election, and we’re supposed to take seriously his allegations that Hillary Clinton, as Secretary of State, okayed the sale of Uranium One, a Canadian company with uranium mining claims in the U.S., to Rosatom, a Russian atomic energy agency.

Aside: On April 24, NBC News released a statement, after doing its own research into what, I admit, could be a very serious matter, saying that these allegations “don’t hold up so well.” Here is their report:

Yeah, I’m tired of it. “It” meaning all the bullshit that’s out there.

Well, score another smashing down of said barrier. Last night’s episode, in which the dastardly Captain Jonathan “Black Jack” attempted to rape Jamie Fraser’s sister, not only gave us the full Monty of Jonathan’s jack, but also gave us the delightful (not!) view of the Captain fruitlessly masturbating as he endeavored to get himself hard enough to penetrate the woman. And what did Jamie’s sister do while this was going on? Laughed at him! (You go, Jamie’s sister!) Kudos to the historical accuracy once again. “Black Jack” is not circumcised, a procedure which in the 18th century was only carried out only by Jews and Muslims as part of a religious ritual. No word, however, on whether or not there was digital manipulation of the actor’s penis. Is he or isn’t he? Only his intimates know for sure.

DC Comics, a subsidiary of DC Entertainment, a subsidiary of Warner Bros Inc., officially closed its New York City doors at 1700 Broadway, across the street from The Ed Sullivan Theater, on Friday, April 10, moving out to Burbank, California and Warner Bros. corporate home and studios.

How does that affect me?

Practically speaking, not at all. I haven’t been to DC’s NY offices since November 2001, and I don’t expect to be visiting their shiny new environs any time soon.

My professional days at DC weren’t at 1700 Broadway anyway. They took place at 666 Fifth Avenue, a landmark Manhattan skyscraper built in 1957, which is also known as the Tishman Building, and was home to the Top of the Sixes restaurant – it’s since closed. Dick Giordano once took me to lunch there. I had an enormous shrimp cocktail and an absolutely mouth-watering Scottish barley soup. Also two glasses of a very fine Merlot. It was a very good meeting.

My emotional reaction is a bit more difficult to define. End of an era, rose-colored nostalgia, of course. Some “what could have been” meanderings. A little anger at what part of me sees as a general dissing of New York City’s grand history as the publishing mecca of the world, and a more personal dissing of DC itself as a New York City historical landmark of pop culture by Warner Bros., which now so overtly sees DC and its comics only as product.

I wonder what they will do in a few years when the superhero movies craze goes away, as all crazes do. Will they continue to support DC, or will they sell it off as “non-profitable?” I personally opt for the later, which will leave only Marvel Studios – if they survive – as the premier comic book movie producer. And if Warners sells DC to Disney/Marvel, will a Supreme Court fight over “entertainment monopolies” ensue? 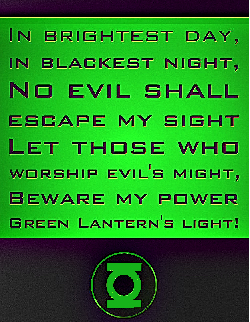 But, as Mike Gold so fittingly described it, I do have a lot for which to be thankful regarding DC; first and foremost the many friends and good people I met, and the feeling they gave me that, yes, you weird woman, you, you weren’t that weird after all – there were others out there just like you who loved comics and science fiction and could recite Green Lantern’s oath, and dug Doctor Who and grokked Spock. And I would have never traveled around the States and across the Atlantic to participate in conventions, and I would have never spent a day in Marvel’s Bullpen.

And I sure as hell wouldn’t be here now, trying to inform and entertain you with my love of comics and pop culture, with my opinions, with my attitudes, with my political stances …

… and just generally trying to raise your hackles.