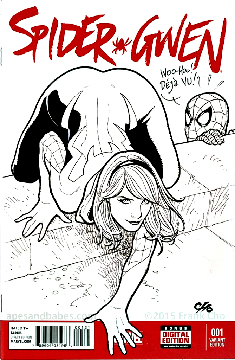 It’s going to take me a bit to get to comics this week, so please bear with me. We have a lot of outrage to get through first.

Recently, country singer Tim McGraw decided that, when he was in Hartford, Connecticut on his national tour, he would do a benefit concert for the charity Sandy Hook Promise. This organization was started after the shootings at the Sandy Hook elementary school and describes their mission thusly:

“1) Protect children from gun violence so no other parent experiences the loss of their child by engaging and empowering parents and communities with targeted prevention programs in the areas of mental wellness early-identification & intervention, social & emotional development and firearm safety & security.

“2) Help our community through this tragedy by providing resources and programs that foster connection, resiliency and overall wellness.”

By volunteering to do a benefit concert for an organization dedicated to protecting children from gun violence, Tim McGraw had, according to the haters, betrayed country music. In order to be a true country music artist, they seemed to say, McGraw had to love guns, cowboy hats, hunting, and vote Republican. McGraw, a self-confessed Democrat, had revealed himself to be an apostate.

Country music fans are funny like that. A decade ago, when the Dixie Chicks criticized George W. Bush and the build-up to the Iraq War at a concert in England, they were banned – by programmers, not the government – from country radio. Some pro-war people burned their CDs in public.

As a leftie, there are creative people who have political opinions with which I disagree. Sometimes, that is enough to make me question their art (Andrew Dice Clay) and sometimes I continue to like their work anyway, but with reservations (Mel Gibson). Sometimes I never liked their work in the first place (Ted Nugent) so not liking their opinions has no effect on my life.

Never have I wanted to ban them. Never have I burned their products in the public square. If it comes up in conversation, I am not shy about expressing my opinion. I might even join a demonstration, but to protest those opinions with which I disagree, not their attempts to earn a living.

We seem to confuse those two things.

Which brings us to comics. Finally.

Artist Frank Cho recently drew his riff on the Spider-Woman cover controversy on a comic book with a blank cover. He did not do this for Marvel, nor did he make a poster and try to sell it. He did, however, post the image online.

And then the Internet happened.

Look, if you put an image on the Internet or any public forum, you are asking for a reaction to said image. If you’re lucky, you will be met with universal acclaim. That happens so rarely that you shouldn’t expect it.

The next best thing is that some people will like it and some people won’t, and those who don’t will write something thoughtful that is useful to you and your work.

Again, that doesn’t happen much, because of said Internet.

Speaking only for myself, I don’t find Cho’s drawing interesting, nor do I think the point he seems to be trying to make is very compelling. I would say the whole thing is a sophomoric attempt to shock using boobies (BOOBIES!) except it isn’t funny and my hero, Michael O’Donahue, once said that “sophomoric is liberal code for funny.”

Cho drew the picture for his own amusement. If he is amused, that’s fine. That’s all he wanted to accomplish. If he wants my opinion, it is here for him. He is welcome to be unamused by my opinion, and that is the risk I take for putting it out here.

Now, if Marvel had commissioned and published that image, that would be a different thing. Then we could discuss the editorial perspective, the marketing issues, and what Marvel was trying to say about the audience it wanted to reach. This isn’t the Spider-Woman cover, but Cho’s personal riff on the Spider-Woman cover.

You, Constant Reader, have every right to let Cho know what you thought of his effort. He put it out there. I would urge you to keep your criticism (if you have criticism) to the subject at hand, and not blow it up into an Indictment of All Society.

In any case, whatever point he was trying to make seems to have been missed by his own statements. The good news (go, read the link, it will make you feel good) is that, in an attempt to clarify his point, he sold the drawing and gave the money to a domestic violence shelter.