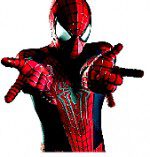 The trailer for The Amazing Spider-Man 2 is out and you’ve no doubt seen it here on ComicMix and elsewhere. It looks pretty spiffy, I think, and I’m ready to shell out my shekels to see it.

McGuire was also Sherry’s first Spider-Man and I think that also plays into it. Who your favorite artist (or even writer) on a given character or property may depend on who was on the book when you first read it. For me, my Spider-Man artist was John Romita – and that’s Senior, not Junior (who is a fine artist in his own right). I would only encounter Ditko later, in reprints (this was long before the Internet or even comic book stores with longboxes). I’ll be honest; I was not keen on Ditko at first. My guy was Romita Sr. My Spider-Man was the one he drew.

I don’t know who was drawing Batman when I first read the book; the first one I remember was Neal Adams (and scripted by our own Denny O’Neil). I think my first Doctor Strange artist was Marie Severin, inked by her brother John, a mighty duo.

The idea (I wouldn’t call it a rule) also extends to Doctor Who. The definitive Doctor for an individual is often the one you first saw in the role. For me, it was Jon Pertwee, with the capes and the bouffant hair. The episodes were aired sporadically in my area and one day I came across one with a horse faced actor in a big multi-colored scarf swanning around and being called the Doctor. I was resistant to Tom Baker for a good while; my Doctor was Pertwee. I came around and Baker became one of my faves along with most of the rest of Who fandom.

I found it interesting in a special mini-episode where David Tennant’s Doctor comes in contact with Peter Davidson’s Doctor and said, “You were my Doctor!” I think that was true for Tennant; he would have been the right age.

The concept doesn’t always hold. My definitive Avengers artist would have been John Buscema, definitely not the first artist I saw on the book. OTOH, my definitive Conan artist would have been Barry Windsor Smith and not John Buscema. BWS was the first. Gene Colan was the first artist I saw on both Daredevil and Iron Man and remained the definitive artist for me, over both Wally Wood and Frank Miller on Daredevil and Bob Layton on Iron Man.

These are all artists whose work I have enjoyed on the various books but they don’t hold the special place in my heart that the first artists did. They marked the first time I encountered the characters and fell in love with them and there isn’t anything quite like your first love, is there?