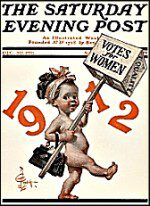 Okay, maybe that’s a little harsh. Aside from my personal losses, I thought it was a pretty good year for comics. Not so much in terms of quality (we all have our own opinions and tastes, and often, it takes time to recognize the great books), but in terms of variety. It’s been a great year for people who like to read graphic stories about all kinds of different subjects, told in all kinds of different styles.

And it’s been a great year for the industry.

This is the year that the industry reached critical mass in terms of the participation of women. Yeah, the executive positions are still held overwhelmingly by men, and that has to change. Yeah, most of the mainstream books, and even most of the books from the so-called indie press, are written and drawn by men.

That said, the proportions are changing. There is more work by women out there. More important, there are more women in the audience, looking for (and buying) books that speak to them. At some of the conventions I attended this year, it seemed as if at least half the people who walked by the ComicMix booth were female.

These women weren’t necessarily at the show because their boyfriends / husbands / brothers / fathers were fans. More often, they were fans themselves, dragging along the significant men in their lives. They loved comics (or animation, or cosplay or steampunk or fantasy) for the same reasons as all fans – because we love the creativity and imagination of the media.

This is a huge change from the first conventions I worked nearly 25 years ago, when a woman (the wife of a prominent writer) told me that a man had once followed her into the ladies room and crawled under the stall because he didn’t believe a woman was at the show. However, there is still an attitude present that if a woman is at a comic book convention (or office), she is there for the amusement or education of the men who belong there.

Which is why this happens. If you read the link, you’ll see it is the first-person account of a woman who was sexually harassed while participating in a panel at a comics convention. The offending party was identified as writer Scott Lobdell.

I’ve been to a lot of conventions, of all kinds. Besides comics, I’ve been to book conventions, library conventions, licensing shows and shopping center conventions. Even at the latter, which had more than its share of booth babes, I’ve never seen that kind of unprofessional disrespect in a public setting as part of the convention programming.

Here’s my horrible comic convention story. It’s about 20 years old, from the time I was working at DC. We were at a show, and one of the marketing guys was entertaining a group of people, all men, with his stories. The people were freelancers, editorial staff, maybe a retailer or two. As I walked past, he made some remark about my body, which tied into the story he had just told. I stopped (because I heard my name mentioned) and gave him a look. The look. Everyone who had been listening to him walked away sheepishly.

Now we have the Internet, which works even better. Scott Lobdell isn’t someone I know. We may have met, but not in any kind of memorable setting. He never particularly offended me until he ruined Starfire, but I didn’t particularly think he was more of a stupid rube than anyone else in the business. He still might not be.

Here’s what’s different: We’re talking about it. We use the Internet to share our experiences and gather our strength. We inspire our allies (such as Mark Waid, in the comments on the ComicsBeat link) to stand with us.

With luck, we also change the Lobdells of the world. Look, I’ve said some stupid crap in my time. I’ve tried to make a joke and hurt someone’s feelings in the process. I’ve been unaware of my position of privilege and spoken in an insensitive manner. What’s different is that I’ve learned from the process (I hope). I don’t say, “I’m sorry if you were offended.” I say, “I’m sorry I offended you. I spoke poorly and thoughtlessly. I did not express myself well.” That way, the mistake is clearly mine. In the best case, I learn how another people hears my words and how they think. It’s not only good politics, but it’s an aid for good writing.

It is my sense that there are parallel stories and alliances going on within other fan communities, including those for people of color, the LGBTQ community, and more. I hope their stories get told in a way that I get to hear them.