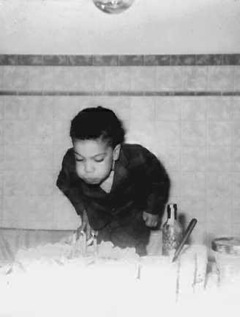 I don’t even remember the first time I met Bob Morales.  We might have met when he was an intern at the Village Voice and I was a freelance writer, but I have no memory of that.  When I was publicity manager at DC Comics, he was always around.  As a writer and editor – for Reflex, for Publishers Weekly, for Vibe – he was an invaluable asset for me to exploit.

But he was so much more.

Bob was a world-class gossip.  If you read Bleeding Cool over the last 20 years, you’ve read one of Bob’s stories.  He would, occasionally, let me use him to snipe at someone who was annoying me, on the condition that Bob agreed the person in question deserved it (he always agreed).

Bob was a brilliant writer, of comics and of prose.  Most comics fans know him from his work on Captain America, but he was a brilliant critic, and an hilarious comedian.  He wanted to do an Elseworlds Batman story with Mark Twain as Batman, just so he could refer to “Twain Manor.”

Bob was connected.  He was editor and literary executor for writer Samuel R. Delany, and he helped put together the graphic novel Delany wrote, illustrated by Mia Wolff.  He helped me to get this interview with Harlan Ellison.  He talked about working with Neil Gaiman on packaging a line of public-domain novels.  He knew everyone in science fiction.  He knew everyone in hip-hop.

Bob was vicious.  If you ever crossed him (and didn’t try to correct your mistake), you were on the list.  And if you were on the list, he would do everything he could to destroy you.  Because he was so connected, that meant a lot.  If he found out you were looking for a new job, he’d make sure the stories of your treachery reached human resources at your hoped-for employer.

Bob was my family.  He babysat for my son, and told me stories about my son’s other life, when he was his own person and not just my kid.  He introduced me to the woman who became not only one of my best friends, but also my son’s West Coast mom.  He stayed in my apartment when we went out of town so the cats wouldn’t have to be alone.  Quite often – almost always – some horrible mechanical event would occur in my building, and he would deal with it.

This is from Alan Moore (slightly edited), sent to be read at Bob’s funeral.

“I’m going to miss the savvy New York creak his conversation had as much as I will surely miss his writing; the commitment, insight and rare passion that he brought to every story, ever feature, every line. One of the comic field’s conspicuously rare voices of colour, he was also one of its most gifted and original contemporary writers. As a genuine creator of integrity, inevitably he came into conflict with an industry that much prefers a bland subservience in its employees to the fierce, ungovernable talent of an actual artist who has something deeply felt to say and does not care to compromise a work which he or she believes in…Moving with no apparent effort between his extraordinarily diverse realms of endeavour, Bob was like a human cultural adhesive that connected up a vast cobweb of people who, in every probability, would never have been introduced to one another save through him. One of the last authentic hipsters, he was sharp, astute, and very, very funny. If I’m honest it might be his anecdotes that I’ll miss most of all, the unexpected courtesy and deference extended to him by a crowd of strangers at a party whom, it transpired, had been informed Bob was a Puerto Rican mafia prince… Robert Morales had a fine and blazing life, a side or two of classic vinyl that I’m convinced will replay unendingly, just as I entirely expect to pick the ’phone up for an interview with Vibe, one day back in the hectic1980s, and commence a long, sweet friendship full of warmth and great ideas and lots of memorable laughs.  So long for now, Bob, from me and Melinda, and I’m looking forward to enjoying that mafia anecdote again.

The last time I saw Bob was on Saturday, April 13.  He’d been taking care of my cat while I was in Japan, and while I was gone he came down with a stomach flu.  He swore he was over it, but he insisted on doing the laundry before he left.  While we waited on the machines, we watched Rock of Ages on HBO, agreeing that Mary J. Blige should have been the main story, and that Catherine Zeta-Jones looked like Marie Osmond.

When he left, he said he was glad he could help me get away for a real vacation.  I think –  I hope – I told him I loved him.  On Thursday, I got the call that he had died.

Bob was a talker.  He’d call and say, “Hey, got a minute?” and you’d be on the phone for an hour, minimum.  I don’t know what I’m going to do with all this new free time, but it won’t be nearly as much fun, nor as valuable, as what I did with Bob.