How To Start A Comic Store… By Stealing From One 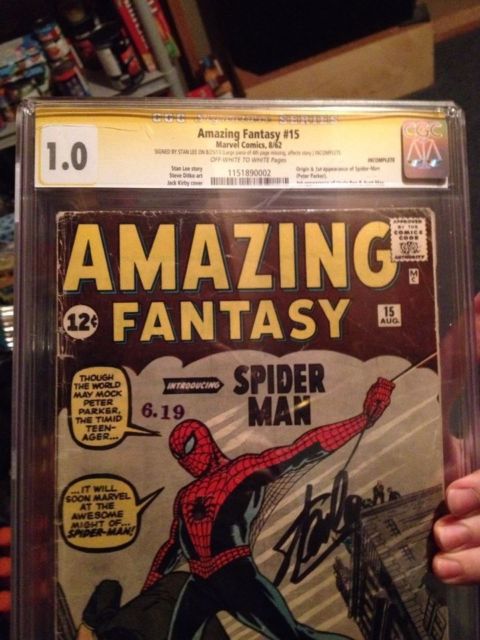 Rich Johnston reports a story that has to be read to be believed.

A few weeks ago, a few books were stolen from the store only to end up on eBay. We have video tape of a guy stealing a pile of CGC books from us – included is a Batman #251 CGC 7.0, an Amazing Fantasy #15 CGC 1.0 SS and a few other books.

Well, the Amazing Fantasy #15 was sold on eBay and was sent to Florida.

The Batman #251 was apparently sold at a pawn shop earlier this week for $50.

We know who the perp is and he’s been charged – but get this – he said to me that he stole the money just so he can start his own comic book store.

via The Man Who Started A Comic Store. By Stealing From A Comic Store? – Bleeding Cool Comic Book, Movies and TV News and Rumors.

The thief was so brazen and narcissistic he tweeted about the theft. Read the whole thing, particularly if you know anything about the sold Amazing Fantasy #15 pictured above.