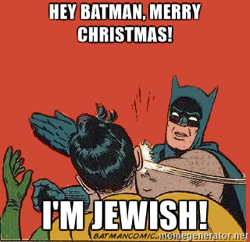 It’s a twofer this week, folks. I have two things that are obsessing me, neither of which really qualifies for a full column, but both are so interesting (to me, anyway) that I must opine.

It’s called 4DX, and it’s not a better picture or more frames per second or three dimensional. Instead, it involves seats that vibrate and sometimes move, fans that mimic wind, and sometimes water and aroma effects.

Apparently, this format has been around for a few months, but I only found out about it this past weekend. My friend Renee and I went to see The Magnificent Seven. When we got to the theater, we found out that the show we had planned to see was in this funky new format. It was going to be another 45 minutes before the next show in a normal theater. So, we paid the extra $8.00 (!!!) each, and decided to consider it an adventure.

It’s not as funny as “Smell-o-Vision” or the John Waters movie Polyester, filmed in “Odorama.” In fact, there were no discernible smells, at least for this movie. Which is a good thing, because there were lots of horses and very few humans seemed to bathe very often.

Although a sweaty Denzel can come sit by me anytime.

I didn’t feel like I was part of the movie, but I did feel like I was at Walt Disney World. I was on an amusement park ride that lasted longer than the wait on line to get on.

This format was probably not designed for westerns. It was probably meant for super-hero movies, with lots of flying and explosions. I don’t think I will ever pay extra for it again, unless maybe they provide virtual reality goggles to go with it.

In the last few issues of Batman and Detective comics, since Rebirth, it has been revealed that Kate (Batwoman) Kane’s mother is Martha Wayne’s sister. It was previously established that the Kane’s are Jewish. According to tradition, the child of a Jewish mother is Jewish.

(Aside: I don’t believe that, because I think one’s religion is a matter of what one believes and not one’s genetic make-up. This is why the Haredi don’t want me in Israel.)

I searched the Google, and no one seems to have said anything about this, at least not on the Internet. I suppose it’s possible I’m reading it wrong. I suppose it’s possible that this will be dealt with in future storylines. I suppose the Waynes might have been extremely closeted about their heritage, or that Thomas Wayne never told his parents that his wife was Hebrew. Maybe it’s a modern day Ivanhoe.

It might be December before we find out if there are menorahs in stately Wayne Manor.