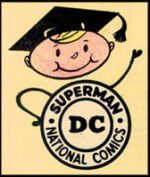 Our good times are all gone

And I’m bound for moving on…

I doubt that anyone who cared was surprised when, last week, Diane Nelson, the high honcho of DC Comics, announced that the company was relocating to Burbank in about a year. The move had been rumored for a long time, particularly afterDC became part of a movie making company, Warner Bros., of which you may have heard. It was only logical: Manhattan real estate comes with a mighty price and so it seemed to make sense to leave New York and go where the parent company already owned property.

Once, on a business trip, Dick Giordano and I established very brief headquarters on the sprawling Warner’s lot, which had vacant offices we could use. So: empty space, huh? Interesting. And a publishing venture no longer much needed to be located in New York: electronic communications largely eliminated the required treks writers and artists made to midtown. No need to endure the subway when you could pop your work into a fax machine and, later, discuss it with your editor by telephone, all without changing out of your pajamas. And yeah, yeah, I know: fax machines – stone age stuff. But not to us, not then. And pretty soon, the technology got really nifty.

Sure, once in a while, usually when contemplating a complicated stunt, I thought it best to get some creative people together in a room and that was always possible – you know, airplanes and the like – and I always preferred to discuss plots with the writer and me breathing the same air, but that wasn’t strictly necessary. Mostly, editorial chores could be done with someone who lived in the United Kingdom as easily as with someone who lived in Brooklyn.

What we may not have been properly mindful of was that our most reliable product, superhero stories, weren’t about print and paper anymore; they had become about images on screens large and small, most serviceable in theaters and on television. They still have a place on paper and, I’m pretty sure, will continue to do so, and maybe one of you savants out there will write a monograph explaining why print is the proper venue for our characters but, bite the bullet, flicks and the tube are where the major action is. In the best superhero tradition, they’re going where they’re most needed,

My reaction? It’s never a good idea to get into a scrap with what is.

A few years ago, DC relocated some people, some of my former colleagues, from New York to California. In retrospect, that was the opening move, the fulfillment of an event long anticipated. Then the Mad Magazine offices became a suite of empty rooms: move number two. And now… amen. An era quietly ends.