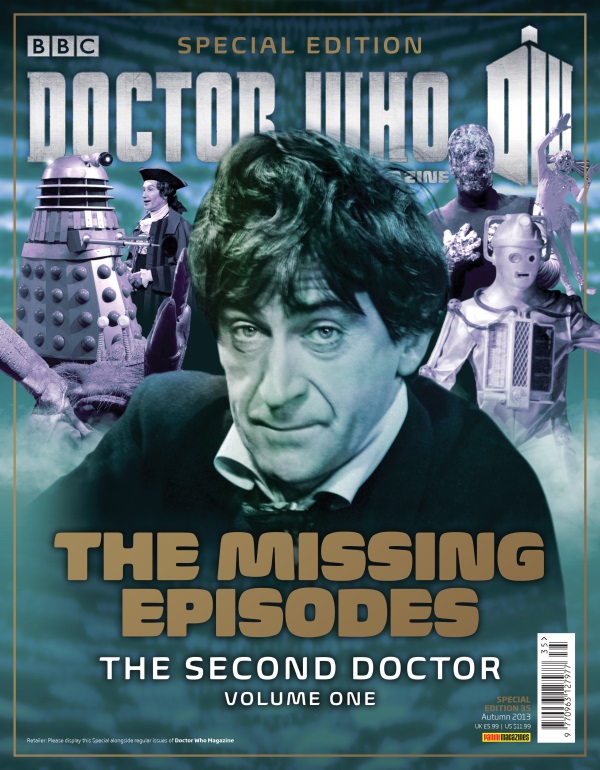 Those who were waiting for the BBC itself to weigh in with a statement can stop waiting. BBC News announced on their website today that “a number” of lost Doctor Who episodes have been found, and returned.

As discussed in our story from earlier in the week, the titular “number”, reaching as high as 106 in rumors  that have circulated for most of the summer, may be “two”.  The Radio Times reported two found adventures over the weekend, quietly following a more bombastic and hand-wavey piece by the tabloid The Mirror that went with the more sensationalist 106 figure.

The rumors (repeated almost verbatim in the Mirror piece) claim the questionably-sized cache was found in a TV station vault in Ethiopia.  The BBC piece (which can be assumed the least apocryphal, or at least, the least wildly inaccurate, ) avoids any specifics of source, other than that some episodes have been recovered.  This lack of detail may indicate that even they are just reporting the existence of a rumor.  Some writers have reminded the populace that even BBC News gets it wrong about events in their own organization.

A press conference, originally announced for Tuesday, was postponed to later in the week.  No specific details of the conference have been shared, but the BBC article suggests that news about how these episodes will be made available for viewing will be included.  This parallels the Radio Times’ report that the episodes will be available via iTunes.

So, very slow progress, but considering that more than a couple experts had once posited that all the episodes that would ever be found have been, ANY progress is monumental.  And as Steven Moffat has discussed himself in a recent interview, the media knows that reporting anything about Doctor Who will bring eyes to their pages, traditional or electronic.

Watch this proverbial space for more news, likely occurring over New York Comic Con, where the staff of ComicMix (including yr. obt. svt.) will attempt to separate the news from the rumor, and likely then going ahead and reporting both.

At this point, we must assume that there is nothing that can be assumed, and as sage advice, I shall draw your attention this dialogue from the classic of political satire, Yes, Minister:

Bernard Woolley: (I’ve heard) that there is £1 million worth of diamonds from South Africa in a Downing Street safe, but of course it’s only a rumour.
James Hacker: Is that true?
Woolley: Oh, yes.
Hacker: So, there ARE all those diamonds in Downing Street!
Woolley: Are there?
Hacker: You just said there were.
Woolley: No, I didn’t.
Hacker: Yes, you did! You said you’d heard this rumour, I said is it true, you said yes!
Woolley: I said yes, it was true that it was a rumour.
Hacker: You said you heard it was true!
Woolley: No, I said it was true that I heard it!