“Doctor Who” lost episodes to be announced on Tuesday (we think) 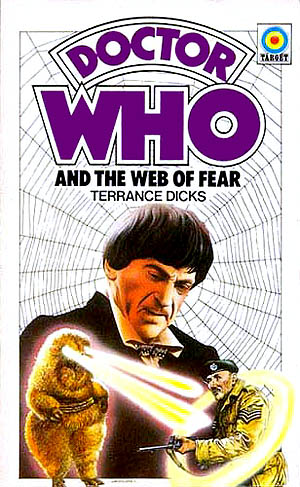 A rumor claiming a cache of as many as 106 episodes of Doctor Who being found has been declared at least one percent true. The Radio Times is reporting that missing episodes from the Patrick Troughton era have not only been found, but will be available for sale on iTunes as early as this Wednesday.

The BBC have announced a press conference on Tuesday, presumably to share specifics.  Insiders are suggesting the missing episodes include Enemy of the World  and The Web of Fear.  Enemy of the World features a lookalike for The Doctor attempting to (dare I say it) rule the world in the mid twenty-first century.  The Web of Fear is the second appearance of The Great Intelligence, just seen in the latest series of the show, and features the returning Abominable Snowmen androids, and first appearance of Alastair Gordon Lethbridge-Stewart, here a Colonel, but eventually promoted to Brigadier General, will go on to lead UNIT in the Pertwee years, and on through the run up to actor Nicholas Courtney‘s passing.

This is a minor confirmation of a rumor that has run roughshod over Doctor Who fandom for most of the Summer.  The story, broken first by the folks at Bleeding Cool, involves as many as 106 episodes of the series being discovered in an Ethiopan TV stations vaults.  This trove allegedly contained episodes from both the Hartnell and Troughton years, including completely lost stories, and missing episodes from partially complete adventures.  Taken with grains of salt by most, the story gained suggestions of corroboration as times passed; members of the restoration team came out staunchly against the rumor, and then tactfully amended their positions.  The BBC went with the very popular “Cannot confirm or deny”, which, thanks to a world where shows like The Thick of It and House of Cards are often mistaken for documentaries, was taken as a tacit “yes” by many optimists.

The story got a new life when UK tabloid (and all that that implies) The Mirror posted a story “confirming” the find this weekend.  The story was light on facts, and appeared mostly to parrot points made in the original Bleeding Cool article from the early summer, leading most Who-fen to wave it off.  But the Radio Times announcement, combined with the press conference, has caused a resurgence in the hope that the rumor may have far more than its current one to two percent veracity ratio.

Considering the long time frame between the alleged discovery and now, one could envision a scenario where episodes have been getting a top-secret restoration treatment to tie into next month’s anniversary.  But with the DVD release of the final hartnell adventure The Tenth Planet having been hastily rescheduled for October 14th in the UK, many are wondering if the currently announced contents of the disc may change radically at that press conferences.  At least one report of the massive lost episodes haul claims it includes a complete copy of Tenth Planet. The final episode, featuring the first regeneration of The Doctor, is one of the most desired missing episodes.  The only existing footage of the regeneration is a brief clip from an episode of children’s show Blue Peter.

The original number may not be true, but the recovery of ANY episodes of the series is newsworthy, and the management entreats hopeful Whovians to bear that in mind when definitive details are released this Tuesday.

But so help me, if they’ve recovered The Web Planet, I may break my fingers pulling my wallet from my pocket.