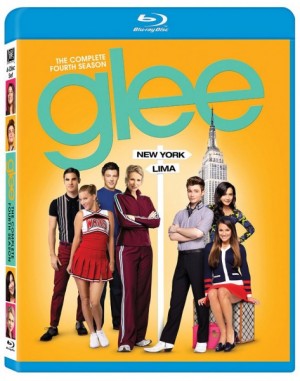 Glee has always been somewhat infuriating in its realistic portrayal of teenage travails (doing it better than most other prime time series) but setting it in such an unrealistic setting since no high school runs the way McKinley does in fictional Lima, Ohio. These kids never have homework or need to balance their studies with extracurricular activities, especially those in time intensive groups such as the Cheerios or the sports teams.

Still Ryan Murphy’s band of misfits remains entertaining and a winning mix. The fourth season, out now on Home Video from 20th Century Home Entertainment, finally addressed the aging cast, sending most away to college. Notably, Rachel (Lea Michele) was attending NYADA the performing arts college, while struggling to maintain her long distance relationship with Finn (Cory Monteith), who had surprisingly enlisted at the end of the previous season. Following her to the Big Apple was Kurt (Chris Colfer), who didn’t get into the school but was determined to make it somehow.

Back at school, new members were recruited and here were some true gems, starting with Melissa Benoist as Marley Rose, a true talent and cute as a button. Less interesting was the introduction of Puck’s half-brother Jake (Jacob Artist) who started off a bad boy but had his edge quickly shorn away. In fact, all the characters that arrived with nasty angles to their personalities got worn down into saccharine sweetness with Becca Tobin’s Kitty the last holdout.

The show short-changed everyone by glossing over their characters in favor of splitting the focus between NYC and Lima. The proposed spinoff for the graduates was never picked up so the emphasis needed to change, which is a shame since the issues both crews face are vastly different ones and the frequent trips home once more beggared the imagination.

The season differed from the first three in that it did not cover a complete school year, instead ending late in the school year but before the all-important national competition. Along the way, we watched Finn become a lost soul, leaving the service and filling in for Mr. Schuester (Matthew Morrison), who was off at a conference. The character’s search for a direction at the same time the actor was struggling with his personal addictions lends revisiting this arc a poignant feel. His late addition to the DVD cover art was a nice touch. 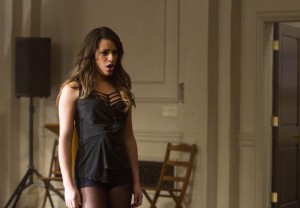 The major themes of the year including the struggles of growing up, bulimia/anorexia, cancer, marriage, fidelity, and similar trials. Each week they sang and danced their way through the issues, often in catchy ways that belied the seriousness of the issues. In many cases, trouble never met with consequences such as Kitty’s trying to convince Marley she was gaining weight or When Wade “catfished” Ryder.

As the season wound down, the absurdity got worse climaxing with Brittany’s suddenly discovered savant genius with math and being whisked off “now” to MIT. Other characters seemed to have nothing to do, with Jane Lynch’s Sue Sylvester emasculated and left to be supportive. The season wound down as they readied for Nationals and the impending graduation of other members of the glee club.

The film to high definition transfer is well done, as is expected from 20th Century Fox Home Entertainment. And for a series dependent on music, the audio is more than up to the task making rewatching moments work well. 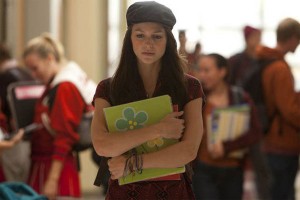 The show may have lost some of its cache as a trendsetter and star maker but it remains an entertaining diversion. Personally, the Mike O’Malley scenes as Kurt’s father Burt dealing with his son remain the best material year after year but then again, I’m a father and not a star-struck teen. No doubt, most everyone will find something to identify with or sing-along to.