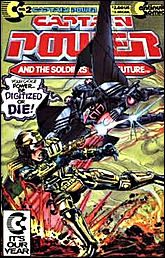 Enough poesy. What we’re dissertating on today is not verse, which I’m pretty sure I don’t quite understand, but goals.

But first, a brief look at what are widely considered the seven basic plots. I’ll be courteous enough to add, under each one, an example of what it is. This I will do in italics.

The Quest – Lord of the Rings

Voyage and Return – Wizard of Oz

Most of what I’ve just tossed at you are narrative germs that involve somebody trying to get or accomplish something – somebody with goals to achieve. (Tragedy and Rebirth are hereby excused. And Comedy can take a nap, if it wants.)

That’s mostly the stuff we see at the monsterplex and it is a sturdy beast that’s been transfixing audiences for…I don’t know – fifteen centuries?

But, I shall now claim, to be as effective as they can be, goalish-stories must have clarity: the goal itself must be clear and the obstacles between the hero and his goal must also be clear. In order to pull us to the edge of our seats, the storyteller has to let us see and know exactly what the hero has to overcome and in so doing, generate and the suspense and thrills and chills that we’ve paid for.

Are you bored yet?

Two words, Mr. Filmmaker: rising action. It’s part of your medium’s basic vocabulary and it is still as potent an audience-transfixer as when, way back, Laurel and Hardy used it to get laughs.

The same act of mayhem repeated and repeated does not constitute rising action.

And who the hell is Captain Power, anyway?