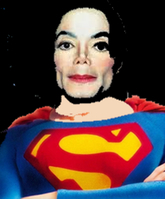 Before I Do This Thang for the week: I’ve been getting messages from readers. Apparently, I do have them. Or, as Bob Hope might have said, “I know you’re out there, because why else would Dolores be propping me up in that direction?”

These messages I’m talking about are all “Why do you use so many links?” Clearly, if you’re asking this, you’re not clicking on them. Hint: Some – not all, or even most, but some – of them don’t lead where you might assume they do. They are instead meant to be weird, “disconnective,” hit-or-miss jokes in and of themselves. So, as the most celebrated member of The Hair Club For Men once put it, “’Nuff said.”

Now, on to That Thang. Meaning I have to stop vamping with jokes about what I didn’t learn in San Diego the weekend before last, and, God help me, actually come up with a third and final part of my highly speculative and putatively uninformed rant to go with the first and second parts. [I say “putatively” because Richard Feder of Fort Lee, New Jersey, writes, “Aren’t the comics selling better than ever? What should I do?” (And, no; no link this time. Get off your fat ass and Google it.)]

If you’re just joining me here for the first time, please feel free – unless your ass really is too fat to allow you to lean over and reach your mouse or trackpad – to check out those previous parts. And maybe click on some on those links you’ve been skipping over. Go ahead. I’ll wait. It’s not like I have anything better to do.

One thing Iwasn’t joking about last week: SDCC really didn’t shed much light on whether the Big Two might be incrementally but profoundly changing how they think about creating and marketing comics. Specifically, that they might have to take back total creative control from the freelance talent, to better justify their claim that comics help generate new, original movie and TV properties – titles and characters that aren’t mere spin-offs from the oldest, best-known super hero “brands.”

But I remained in the dark not, as I facetiously suggested, because of the conditions endemic to the con itself, but, rather, because the Big Two’s massive “booths” at least appear to still be doing their dog-and-pony shows in much the samo-samo way as they have been since the beginning of The Gastrotrich Super-Star era and the annual “continuity stunt.” You know – the age of what I like to call Michael Jackson Comics. As in, “We’re going to keep rearranging our face because it gets us publicity even though we don’t entertain anybody anymore. (But we do have a few pet chimps who clap for us when we do it.)”

At first, superficial glance, little seems to have changed this year. There were the same long lines of people waiting for something, but you couldn’t quite be sure what because the crowds were too dense. And there were the same old book signings by the Flavors Of The Week – those comic book “creators” who have been rocketing out of obscurity and vanishing back into it just as fast, ever since Hollywood’s “‘bankable’ star” mentality was first applied to four-color pamphlets by, if memory serves, Jenette Kahn. She was the first Big Two publisher to wonder, for example, whether Superman might not sell better if it were John Byrne’s Superman.

But this year at SDCC, when I took a closer look at those exhibits, and let my eye follow carefully where that long line was snaking to, it seemed as if more and more of those people were queueing up for a chance to glimpse some “teaser” footage from an upcoming movie or TV show, and the lines to buy signed copies of Flavor of the Week’s Superman or Smokin’ Hot Newcomer’s Spider-Man were shorter. The “brand” – the property – was what was making the loudest ka-ching, ka-ching.

But the people who decide what will be presented in these exhibits seem not to notice, and persist in announcing new comic book titles whose selling point is presumably the name of the creative talent rather than the super hero brand. Meanwhile, superhero feature films continue to succeed without being dependent on major stars in their casts, a phenomenon that is a reflection of a larger, industry-wide paradigm shift.

The early warning signs might be barely noticeable, but I really think they’re there. And it’s getting harder not to wonder whether someday – maybe sooner than even cynical me suspects – Disney and Warners will have convinced themselves that they can endlessly exploit their existing brands, through reboots not unlike those in the old annual face-changing stunts, without any help from their four-color pamphleteers. And if their comic book divisions will have ceased to yield new brands they can add to the product mix as break-out hits, they might start to wonder whether all those Flavors of the Week and their pamphlets are any use to them at all.